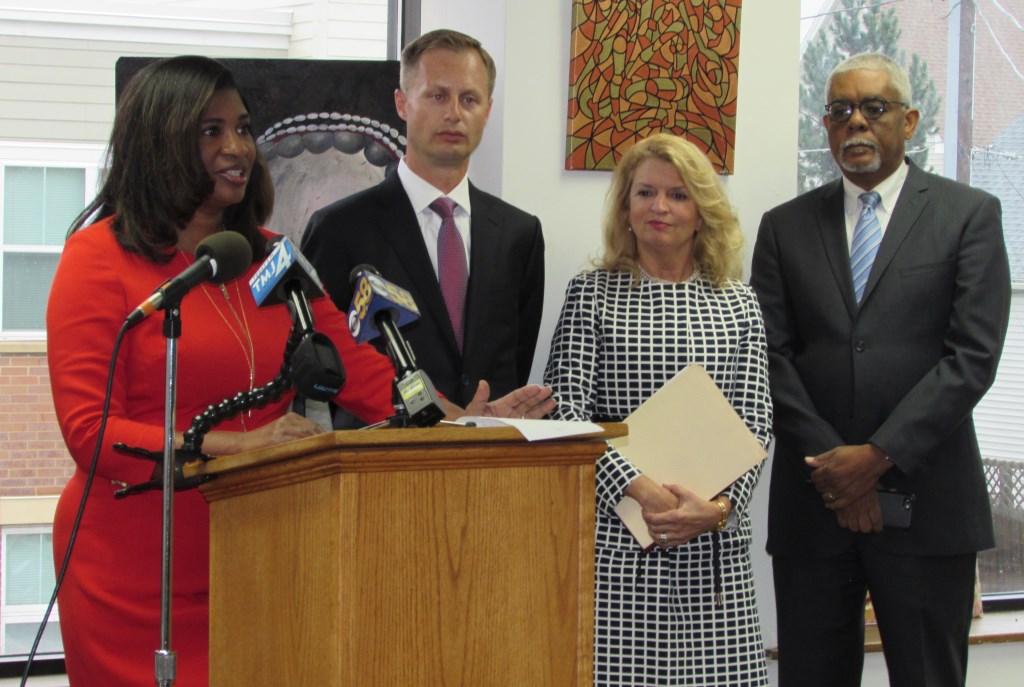 A number of organizations have come together to pilot a startup accelerator targeting three underinvested business districts in the city.

The plan will use pop-up retail shops in three under-invested business improvement districts in the city. Those being, BID 32 on Fond du Lac and North Avenue in the Lindsay Heights neighborhood, BID 8 Historic King Drive and BID 38 Cesar Chavez Drive.

The Local Initiative Support Corporation (LISC) is leading the charge on this initiative. And they got the ball rolling after they applied for a $5 million grant from JP Morgan Chase.

Strong Hill says the grant request was turned down, but JP Morgan Chase eventually offered a $200,000 grant to help her organization pilot a program, using startups to renovate commercial districts. LISC will partner with the City of Milwaukee, the Wisconsin Women’s Business Initiative (WWBIC), the African American Chamber of Commerce (AACW) and the Milwaukee Urban League on the program.

The program is called “Ramp Up” and will provide grants to renovate existing buildings where new and small businesses will hold the pop-ups. Strong Hill says the pop-up model allows small businesses to build enthusiasm in an area still being revitalized and helps the entrepreneurs figure out what works before long term retail tenants move into the spaces.

“We’re looking to put these pop ups in areas where there’s already traffic and density so we can give the entrepreneurs an opportunity to see if it would work,” Strong Hill explains.

The WWBIC, AACCW and Urban League will help find entrepreneurs and try and place them in a suitable location, creating a pipeline of potential small businesses, and these entrepreneurs will then receive business coaching from another partner in the venture — Mortar, a Cincinnati-based minority-business development consultant. “This is a training that’s been culturally contextualized so that it makes sense for the people in the neighborhoods,” Strong Hill says.

The buildings where the pop-up businesses are located will be renovated through white-box and facade and signage grants from the city. Milwaukee was well positioned to get involved, says Ken Little, commercial corridors manager at the Department of City Development, because they could utilize these existing grant programs. And they will be matched dollar for dollar by the other funding partners, JP Morgan Chase and the local BIDs.

Charlie Corrigan, with JP Morgan Chase’s global philanthropy team, says his firm “loved that it was a collaboration.” Corrigan says the grant is funding something that hasn’t been tried before. And with an eye to the future, if the program is successful, it could be expanded here and other places.

“It’s a great connection between the real estate saying here are properties that need more foot traffic and more business and then businesses that want a place to open up,” Corrigan says.

It’s also a remarkable collaboration between a long list of players, all pushing to grow the central city economy.

One thought on “Program Funds “Pop-Up Shops” in Central City”