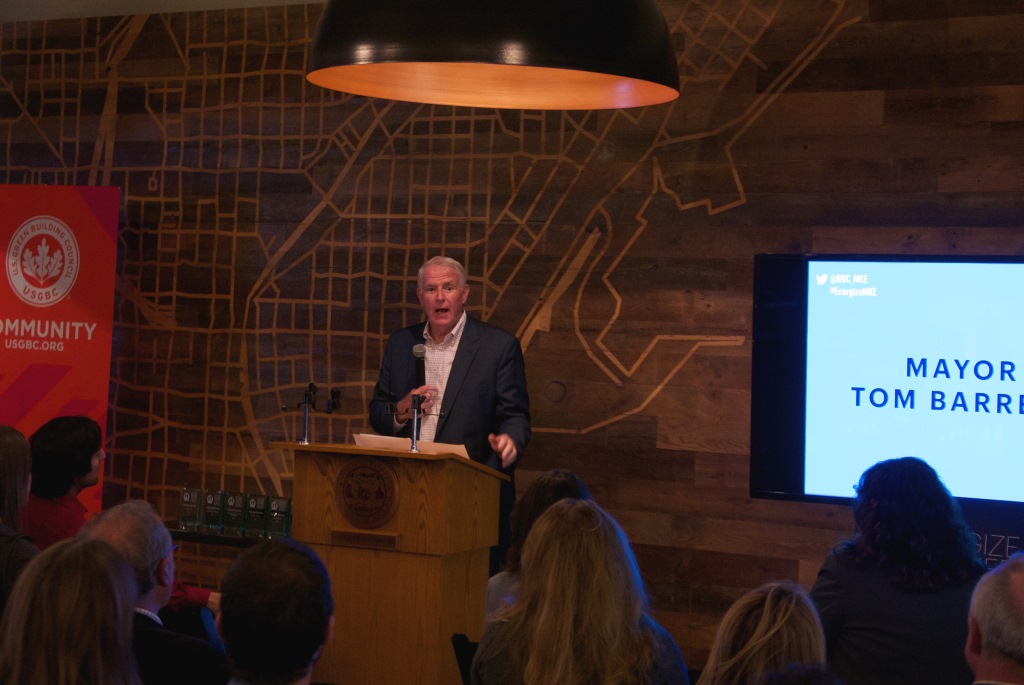 The City of Milwaukee aims to save millions of dollars annually thanks to their participation in an energy efficiency program led by the United States Department of Energy (DOE).

It’s called the Better Buildings Challenge. It was started in 2011 as part of former President Barack Obama’s administration and its goal of increasing energy productivity by 2030. Mayor Tom Barrett committed 111 city-owned buildings to the challenge in 2012. Three years later DOE awarded the city a $750,000 grant to expand the program. These funds have been used finance buildings assessments and planning for energy efficiency upgrades.

To date, $1.8 million in energy savings has been identified, says Erick Shambarger, the sustainability director for the City of Milwaukee. In addition, 63 commercial buildings and schools in the city have operators that have pledged to take the challenge.

Under that challenge, all have pledged to improve energy efficiency by 20 percent over the next decade. Milwaukee is joined by 45 other counties and cities in the challenge and 345 private organizations, says Anna Maria Garcia, director of Weatherization and Intergovernmental Programs at the Department of Energy.

Garcia says Milwaukee will have saved approximately $8 million and 864 BTUs of energy when it reaches the 20 percent mark. That is roughly the same as 7 million gallons of gasoline.

Reducing energy use directly reduces a building’s carbon footprint. “What’s exciting is you hear about climate change and what can you do about it, well this is something you can do about it,” Shambarger says.

A major selling point for the project is, unsurprisingly, money. Initial investments in projects can be expensive, but reducing inefficiency is a long game.

“It’s all about not leaving money on the table,” says Korinne Haeffel, with the U.S. Green Building Council. “There’s a ton of money lost every day.”

Haeffel says buildings are like any living organism, in that they are in a constant state of decline. Whether the buildings are five or 100 years old, the moment they open their doors their systems begin to decline. And that inefficiency costs money. One of the services the city offers when a building’s operator takes the pledge is to identify those inefficiencies.

They’re called energy assessments and they work like a doctor’s check-up, but for a building’s energy efficiency. And the city does them for free thanks to the grant from DOE.

Another city program some properties can utilize is PACE financing, or Property Assessed Clean Energy financing. The city lends money to finance energy efficiency upgrades and is paid back over time through property taxes. To date, the city has done 37 building assessments and financed 8 PACE projects worth $13 million, Shambarger notes.

“Utility rates are never going to go down,” she notes “It’s just a benefit for everyone in the long run.”

9.9 million square feet of buildings in Milwaukee are working to reduce energy inefficiencies, Shambarger says, which is roughly equivalent to seven US bank skyscrapers.

Barrett says the city is encouraging more involvement in the program because it’s fiscally shrewd and also the right thing to do. “But we’re trying to sell the fiscal part of it because we think that’s what motivates people more than anything.”

The mayor offers a simple mantra: Environmental sustainability and economic progress don’t need to be enemies. 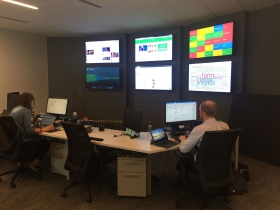 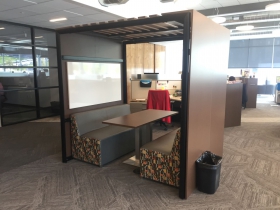 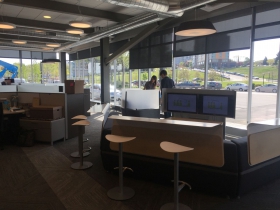 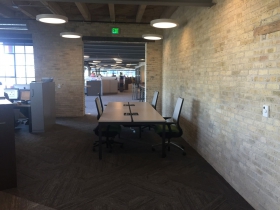 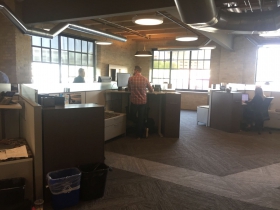 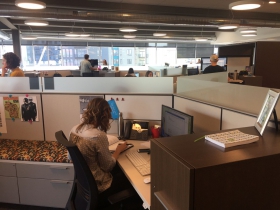 One thought on “Milwaukee Grows Its Green Program”