By Wisconsin Democracy Campaign - Oct 2nd, 2017 11:40 am
Get a daily rundown of the top stories on Urban Milwaukee 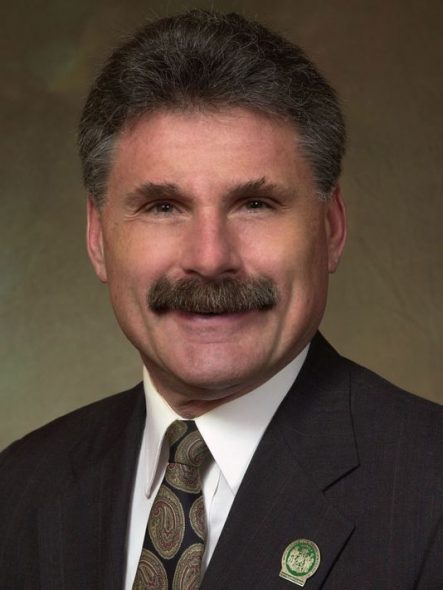 A former northern Wisconsin Republican lawmaker was appointed as the next head of the state Department of Natural Resources (DNR), drawing praise from the state’s largest business group.

Meyer, 68, served in the Assembly from 2001 through 2012. Before that, he was a mayor of Eagle River and a director of a local chamber of commerce.

Between January 2000 and December 2012, Meyer raised nearly $189,200 in large individual and political action committee contributions from special interests. His top contributors, by category, were tourism and leisure interests, about $17,100; health services and institutions, about $15,600; and health professionals, about $13,600.

Meyer’s only campaign contribution was a $1,000 contribution in July 2011 to GOP Senate candidate Kimberly Jo Simac. Simac unsuccessfully challenged then Democratic Sen. Jim Holperin, of Conover, in a recall election.

Scott Manley, a Wisconsin Manufacturers & Commerce (WMC) vice president, said Meyer has a “unique background that makes him well-prepared to run the agency. The business community looks forward to working with him in his new role.”

WMC’s political action committee spent $2,500 on independent expenditures to support Meyer during his first campaign in 2000 and the group’s conduit, which is a legal check bundling operation, funneled $1,000 in direct individual contributions to Meyer in 2008.

George Meyer, a former DNR secretary and now head of the Wisconsin Wildlife Federation, told the Wisconsin State Journal that Meyer was “someone who can be worked with on conservation issues.” The two are not related.

Larry Bonde, chairman of the Conservation Congress, a group of sportsmen who advise the DNR on policy, told the Associated Press that Meyer has an extensive hunting and fishing background and that he was glad someone with “at least some knowledge” of outdoor sports is now in charge. Bonde added, however, that he said he doesn’t expect much change since Meyer is a Walker appointee.

Jennifer Giegerich, a lobbyist for Wisconsin Conservation Voters, also told the AP that Meyer’s legislative votes on environmental issues were a mixed bag. Meyer voted for a bill in 2009 that would have given the Natural Resources Board, rather than the governor, the ability to appoint the secretary in 2009, but he also voted to end the state’s land stewardship program in the 2007-09 state budget, she said.