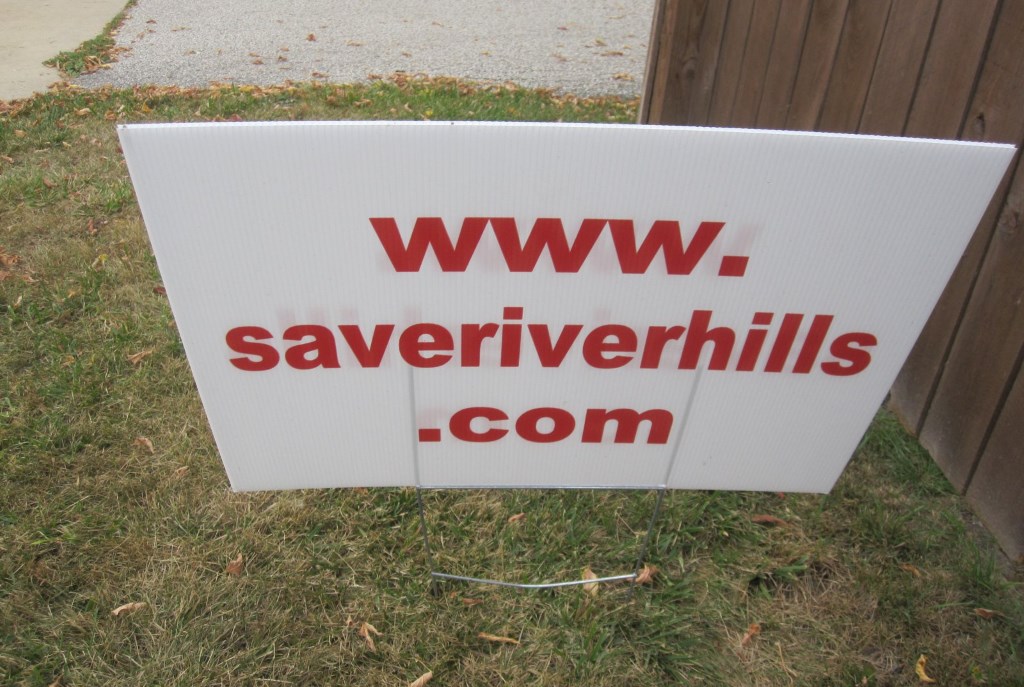 Last November, residents of the Village of River Hills were notified of plans by the Mandel Group to construct hundreds of units of housing on a vacant 55 acre site known as Eder Farm at approximately 1620-1980 W. Brown Deer Rd. The site is currently zoned for single family houses on five acre minimum lots, as is most of the village. The proposed commercial apartments and multi-unit housing, including senior housing, all firsts for the village, would require a significant change to the zoning of the community, which, at $95,242, has the state’s highest per capita income.

The 5.1 square mile village has a 2014 population of 1,591 (126 people per square mile) living in 647 single-family housing units, of which all but 28 are owner occupied. The addition of hundreds of homes would be the most momentous change in the history of River Hills, which was incorporated in 1930 to provide an appropriate buffer to the Milwaukee Country Club, at its current site since 1911. The Village website warns, in red letters, “NO BUSINESSES ARE ALLOWED IN THE VILLAGE.” There may be no bedroom community quite like it in the nation.

Recently signs reading “Save River Hills” have sprouted in the beleagured hamlet inviting residents to visit saveriverhills.com. “The purpose for our organizing is to present overwhelming resident disapproval of any zoning changes to our trustees,” the site says.

A Community Meeting in a Sculpture Garden 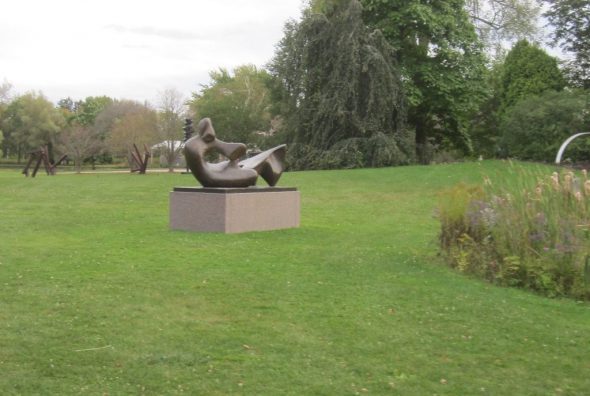 Interested parties were invited to a community meeting Wednesday, September 27th, held across the street from the proposed site at the 35-acre Lynden Sculpture Garden to hear the concerns of the organizers and 35 citizens about a plan that one attendee said, “threatens the way of life of the community.”

In 1927 the property and its 1860s farmhouse was the country home of Harry and Peg Bradley, who spent the weekdays in their apartment in the South Side in the Allen Bradley Clock Tower. Since 2009 its collection of 50 monumental sculptures has been open to the public. When a Henry Moore bronze is the first thing you see in the parking lot, you know you’re in a special place.

The meeting was called by Dick Seesel and Fred Shafrin, both of whom live in homes north of the proposed site on Greenbrook Road, the only east-west street in River Hills between Fairy Chasm and Brown Deer roads. In introductory remarks, Seesel said that the Mandel Group had made a presentation to Trustee Peter Kingwill in August, and that at the trustee’s request, the Mandel Group shared with them a revised proposal to its original plans, which was to be presented to the public for the first time that night. “This is the first meeting not done at a house,” he said to the 35 attendees seated in a craft studio in the old farmhouse attic. The reference was to meetings of the Save River Hills organizers. The initial informational meeting where representatives of Mandel Group made their presentation was held at Cardinal Stritch University in Fox Point on Wednesday, November 2nd, 2016. There has been no public hearing notice yet issued by the Village Board, but one is anticipated by the organizers. The next meeting of the Board of Trustees is scheduled for Wednesday, October 18th, but no agenda has been issued as of Friday afternoon.

Seesel said it was important that theirs not be seen as a protest movement. “We’re not opposing something, but supporting something,” he said, promising to offer a solution to the situation.

“This is much larger than NIMBY,” he told the audience, most of whom have never had anything in their 5-acre back yard except a neighboring 5-acre back yard. And now apartments — senior housing — renters!

The group focused their response in three Core Concerns raised by the Mandel Group. 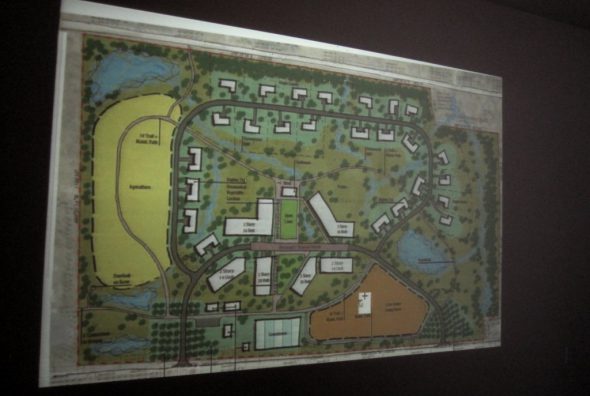 The revised plans call for 14 single family homes at the north border of the property with additional homes in the interior, four three-story buildings, two two-story buildings and a 100-bed Senior housing facility. This is a reduction from 443 units to 249, with an expected number of residents at 337. This would increase the village population by 25%, Seesel said, which is Sunbelt growth numbers. “Who’s going to buy a house next to an apartment?” a resident asked, as if to say a River Hills house like hers would lose its value if next to a multi-family rental property.

The Mandel plan would call for 83 per cent green space, which sounds plenty rural, but not by River Hills standards. The University School of Milwaukee, by far the largest building in River Hills, has a compact with the Village limiting its built space to only 4 per cent of its 125 acre campus, which lies immediately north of the Eder Farm and the residents of Greenbrook Road and Greenbrook Court.

The density of the development would likely impact the drainage in the area, Seesel said. Although the community is named River Hills, the northeast quadrant is low-lying and relatively flat, with neither river nor hills.

That it drains poorly is unquestionable, since cattails line the property’s border on Brown Deer Road.

Unlike properties just a thousand or so feet to the south or west, where water drains to the Milwaukee River as it does nearly everywhere in northern Milwaukee County, Eder Farm, northeast River Hills, southeast Mequon and a tiny bit of Bayside belong to a miniscule watershed that drains directly to Lake Michigan through a series of ravines that meander through the area and empty at a Nature Conservancy site in Mequon called Fairy Chasm.

Fish Creek is easily overwhelmed by storm waters, and the water drains north here, usually into the yards of the residents of Greenbrook Road, and as far north as Columbia Drive and Fiesta Lane in Mequon. The flooding has intensified with development over the past decades.

… And Not a Drop to Drink

The entire population of River Hills is served by private wells, and according to Seesel, Mandel has had a “strategy shift” after recognizing that the groundwater supply might not be sufficient to meet the demands of the project. (Test wells had been dug, he said.) Mandel, he told the attendees, had weighed options of securing service from the North Shore Water Utility through the Village of Fox Point, or of tapping into a line from the Brown Deer utility, which purchases its water from the City of Milwaukee. The Fox Point proposal would require tunnelling under the freeway, while the Brown Deer proposal would require merely tunnelling under the river. According to Sessel, Mandel expects this significant expenditure would be expected to be covered by a Village-funded TIF district. The property currently is taxed at about $40,000 per year. Total tax revenues after development would include an increment of $1.2 million, he said. 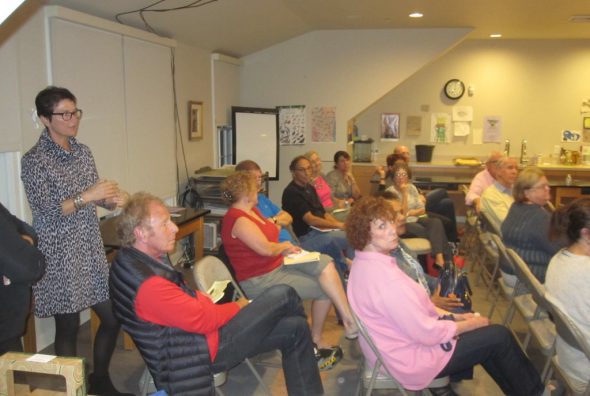 “Some trustees are seeing dollar signs,” he said.

Neighbor Fred Shafrin took the floor to announce that he was not a lawyer (“I’m a doctor,”) but was prepared to discuss some of the issues at hand.

TIF Districts are only for “blight,” he said, and the audience shuddered at hearing such a term used to describe their community, which you usually do not associate with “abandonment, dilapidation, deterioration, age or obsolescence, inadequate provisions for ventilation, light, air, or sanitation, high density of population and overcrowding, faulty lot layout in relation to size, adequacy, accessibility, or usefulness, unsanitary or unsafe conditions, deterioration of site or other improvements,” as the law ordains.

“You should not have the voting of 500 renters in a village of 1,500,” he added. A change of zoning could “open a Pandora’s box,” he cautioned, leading to a dreaded scenario in which “you could open an Arby’s on Good Hope, or at Indian Hills School when that goes down.” This latter was a reference to the public elementary school located on Brown Deer Road, and which is apparently threatened.

The proposed apartments would be marketed to “Empty Nesters,” he said, “but they could become low income. … Our school districts are having problems with transient students,” he said. A member of the audience, who said she served 24 years on the Maple Dale Indian Hills School Board said that incoming students from other districts are rarely up to the level of their River Hills born-and-bred classmates.
“We could have a Board of Trustees that are a majority of renters,” Shafrin warned, although this would anticipate rental units elsewhere in the community, which chooses its trustees by district.

“Somebody’s going to make a lot of money, and our village is going to change,” he summarized.

A Solution is Offered

Bill Westveer, the third presenter for the group, provided an outline proposal for a Conservation District for the site.

“This is a 55 acre property that is going to be developed,” Westveer said. “We don’t want to be this crazy group of rich people in River Hills who are against all development.” His ideal solution would be for it to hold the 11 homesites on five acre lots called for in the current zoning.

An alternative, holding the entire property as a nature preserve, is problematic, since it would also permanently remove $40,000 in tax revenue from the budget. As a compromise, Westveer suggested that perhaps a couple of houses could be built on the site, along Greenbrook Road, with the remainder of the site becoming a nature preserve. This way the village would get some tax revenue (although not the millions promised by Mandel) and would also take the property off the development rolls where it is currently causing such mischief.

A Response from Mandel Group

After the meeting I wrote to Robert Monnat, a Partner and COO of the Mandel Group.

I told him of the group’s concerns that the:

We have not submitted any proposal at this time. These folks were likely referring to a “work in progress” that is one of several alternatives being considered. From your notes, it appears as if many of the possible alternatives/outcomes were perhaps not fully/accurately presented. 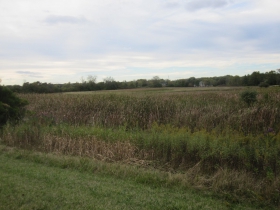 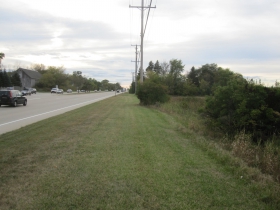 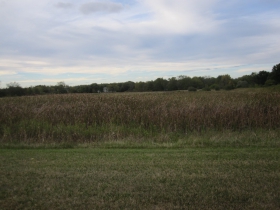 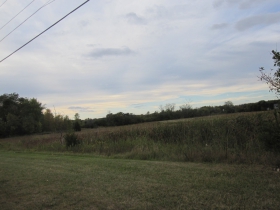 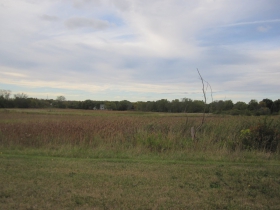 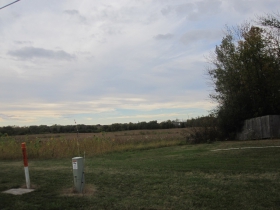 Correction: Two quotes were incorrectly attributed to Fred Shafrin. In fact Bill Westveer made these statements.