Present Music opens the season this Friday evening with a program featuring the return of guest conductor David Bloom. He will curate and conduct the program. Bloom founded and continues as Co-Artistic Director of the Contemporaneous program in New York – a series very similar to Present Music. He is a frequent guest conductor for NOW Ensemble, Hotel Elefant, JACK Quartet, Mantra Percussion, and TILT Brass, among others. He has conducted over 120 world premieres at such venues as Carnegie Hall, Lincoln Center, (le) poisson rouge, Merkin Concert Hall, and the Bang on a Can Marathon.

Present Music will be in good hands. Bloom shares Artistic Director Kevin Stalheim‘s perspective, but brings an alternative voice. The Present Music audience come to concerts expecting the unexpected, the combination of serious and playful experiences and a mixed palette of cutting edge selections and memorable works.

Bloom conducted a well received Present Music concert in June, 2016. The concert made an impression on Bloom as well. He found the Milwaukee audience engaged, listening intently and ready to celebrate the music. The organizing principle for this concert will be engagement – music which calls for a response. The infectious central work “Stay on it” by Julius Eastman repeats that phrase as a call for action. It’s propulsive, energetic rhythm offers “both urgency and delight,” meditative moments, and dark and unexpected turns.

Repetition is a structural element in several selections. Vocal chants – whether trivialized in Meredith Monk‘s Panda Chant II or more explicitly profound in Pauline Oliveros‘ The Heart Chant – affect the listener and become more meaningful with participation. Bloom seeks participation “beyond the walls of the performance.” Everyone, he suggests, needs “some mantra that one really believes in… to live ones life by daily.”

Participation of a different sort invites the audience to listen carefully to a musical modeling of a herd of cows over several generations. Narayana’s Cows by Tom Johnson explores a demographer’s mathematical puzzle. How many cows will we have after 17 years if starting with one cow giving birth once a year and each calf joining the reproductive pattern after four years? Notes count the cows and pitch marks the generations. The answer to the puzzle is revealed to any listener paying close attention.

Each of the above works contain energy within remembered patterns, allow for “open-instrumentation” and often discretionary length. 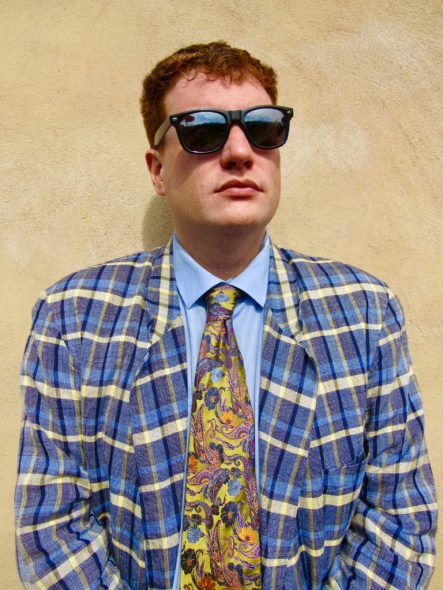 Bloom will build the ensemble of the evening from the specific sounds and instruments called for by Christopher Trapani. His composition features voice, Appalachian dulcimer, flute, clarinet, trumpet, percussion, viola, cello, bass and electronics. Bloom has adapted several of the other works to this configuration.

Trapani’s Waterlines evokes audience engagement from its immediate relevance to the news of the last month as thousands of lives have been affected by wind and flood. Trapani wrote a song cycle re-imagining the blues tradition of persons who encountered early twentieth century floods along the Mississippi. Beginning his research after personal experiences with Hurricane Katrina, he blends words, music and soundscape from the southern blues with contemporary composition techniques that make similar use of harmonic complexity, wavering pitch and ostinato (repitition). Mezzo soprano Lucy Dhegrae (rhymes with ‘grey’), who premiered the work, will sing.

Andrew Norman‘s Music in Circles offers a smaller ensemble in a more meditative composition. Over the phrasing of a viola line, other instruments choose their entrances and exits.

Far from an exercise in musical repetition for its own sake this concert promises to draw the audience into an experience made more seductive by the use of patterns, energy and the joy of music.

The Present Music website provides a substantial introduction to the featured composers and their works. A preview of each piece can be heard by following the links attached to the name of each composition.

Details:
Present Music will perform this Friday, September 29th concert at MIAD (the Milwaukee Institute of Art and Design) at the river-site space at 273 E. Erie St. (When driving south on Water Street turn left on Erie just before the Milwaukee River bridge.) Parking is plentiful but check this resource to locate it.

The concert begins at 7:30 p.m. You are invited to party before the concert – a ping pong, pool, and foosball challenge playoff as well as a cash bar starting at 6:30 pm. Section tickets ($35, $25, $15) may be purchased on-line. Or visit the Present Music site for season ticket savings.

Present Music will continue their season with a community celebration of Thanksgiving on Sunday, November 19th at the Cathedral of St. John the Evangelist.