NYC conductor David Bloom takes over the ensemble, in a search for the perfect sound.

On Friday evening, Present Music closes the season with a twist – a guest conductor has selected the program and will conduct. That would be David Bloom, whom you might call the Kevin Stalheim of New York City. Bloom is the founding co-artistic director of Contemporaneous, a New York ensemble dedicated to performing new music. He is a frequent guest conductor for NOW Ensemble, Hotel Elefant, JACK Quartet, Mantra Percussion, and TILT Brass, among others. He has conducted over 120 world premieres at such venues as Carnegie Hall, Lincoln Center, (le) poisson rouge, Merkin Concert Hall, and the Bang on a Can Marathon. 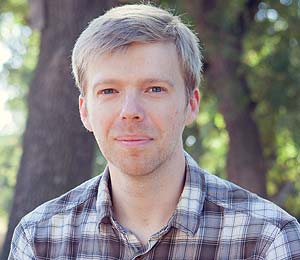 The program for Friday’s concert includes Try, a recent classical composition by Andrew Norman, in which short phrases are introduced one after another in a search for the ideal. This may be seen as a thread for the concert, as contemporary composers explore options in search of the perfect sound – that despite centuries of music history – has never been heard.

Norman’s Try is desperate to find the perfect riff. Again and again the ensemble tests a short phrase. In an interview with Urban Milwaukee, Bloom called the work audacious. “These tiny ideas exist for less than a second. The fractals of music come back in different forms, (but are ) gone as soon as they arrive.” Strings often play sounds reminiscent of rapidly rewinding tape. Sequences may also be punctuated by a güiro – a raspy Latin wooden percussion instrument. Tentative notes on the piano are all but drowned out by the exuberant ensemble.  Near the end, the piano commands more respect as it finds a pattern of notes and a comfortable chord that Evans is satisfied with. The chaos diminishes in a more calm finish.

Composer Jeremy Podgursky‘s Mindjob follows a similar pattern. The short sequences explore more jazz-infused melodies. Bloom calls it a “jazz club gone wrong.” Trumpets and trombones enjoy the spotlight. The nervous energy of the music never allows the themes to last for long before being replaced by another.

David Lang, a more established contemporary composer, finds a melody and sticks with it. With his composition, Increase, the melody is primarily heard as a thin scratchy violin sound at the beginning. But with each repetition, the music becomes brighter and more insistent, ending with a grandly confident sound for full ensemble. 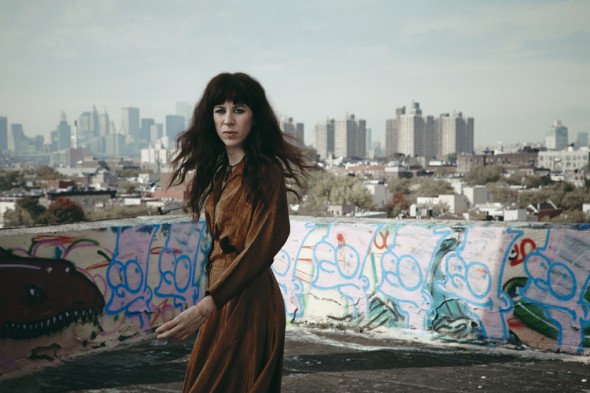 Missy Mazzoli‘s Still Life with Avalanche also starts quietly. The music appears above a drone pattern created by up to three harmonicas. The pleasant patterns are disturbed by a shift of mood – away from absolute music toward an emotional response which was triggered by the composer’s sudden loss of a cousin during the composition process. The pace quickens. What begins with what one critic called an avalanche of snow flakes becomes a larger force with an ever increasing momentum. Bloom finds the harmonica sounds to be the centerpiece of the work. “The envelops of sound that grow and decay very gently are home in this piece – used at the beginning and end to large effect.”

Matthew Evans‘ Still Life No. 2 for ensemble has little of the anxious energy found in some of these other works, but is also searching. Strings often play close to the bridge a bit higher or lower than the pitch, creating an oscillation. Bloom describes that as a “beautiful grainy sound” similar to other gentle distortions that Evans creates in improvisations with tape. The melody wanders, not in fits and starts, but in a leisurely exploration of the landscape.

For the more exuberant works, I tended to hear just a joyful noise on first hearing. The shape and direction of the compositions are much clearer with multiple hearings, after one is inside the searching pattern of the composer. I recommend reviewing them once before attending. Check out this playlist of four Youtube presentations and this Vimeo recording.

This Friday’s concert begins at 7:30 pm in the Turner Hall Ballroom at 1040 N 4th Street in downtown Milwaukee. Single tickets are $15, $25, and $35. Students always get a 50 percent discount. Tickets may be purchased online or at the door.

A party will ensue after the concert with Painted Caves, a Milwaukee-based band featuring the unusual combination of Middle-Eastern grooves and California surf rock. The Middle-Eastern music is as authentic as you’re likely to hear in Milwaukee. The fusion of sounds is unique.