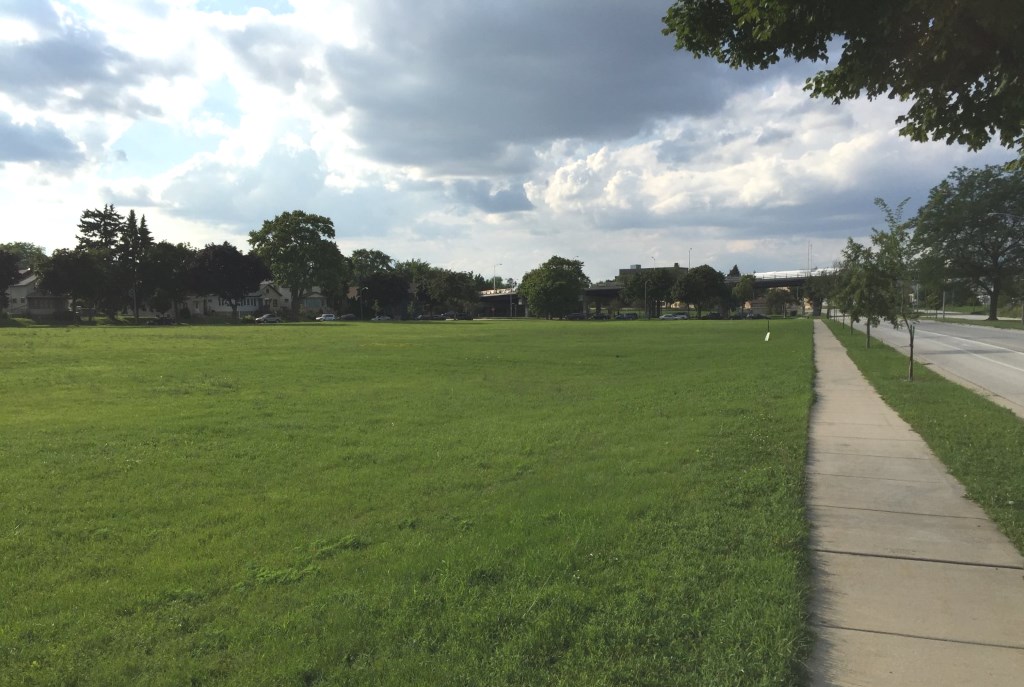 The alderman in Bay View lost his bid to rezone a strip of vacant city owned land in his district when on Tuesday the Zoning, Neighborhoods & Development committee voted unanimously to hold the file to the call of the chair (effectively denying the project for now), but city officials have offered the south side neighborhood a potential compromise.

Ald. Tony Zielinski started pushing to rezone vacant land that was formerly an Army Reserve barracks in July. At that time a proposed large residential development at the corner of S. Kinnickinnic Avenue and E. Bay Street was making its way through the city zoning process, and Zielinski was getting considerable flak for the project from his constituents, and still does.

He maintains that he pushed for those developments so he could have greater leverage to maintain green space in his district. In July Zielinski had staff from the Department of City Development (DCD) prepare a file on a possible rezone the vacant land for parks. Right now it’s zoned for single family homes.

Zielinski was not happy with the outcome of the committee hearing and said “It looks like Mayor Barrett won.” But he also said he would continue to “Fight for as much green space as we can get.” 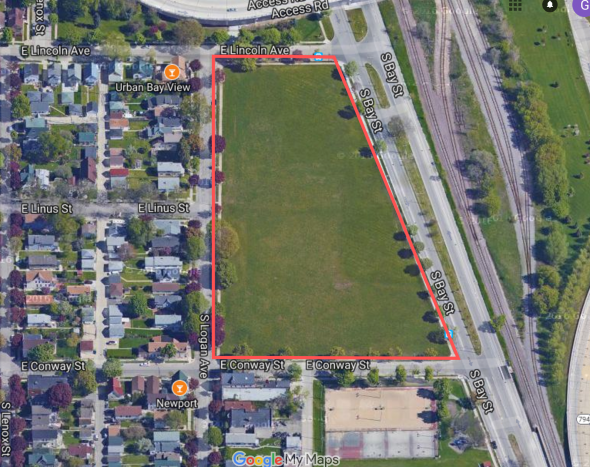 Location of the proposed park.

Starting at a community meeting two weeks ago, Zielinski has been framing the issue as a battle between Bay View residents and the power structure in city hall. Residents at public meetings have overwhelmingly supported the rezone. Many have been against development in general, taking shots at Zielinski for development on Kinnickinnic. And the land at stake, though not being marketed for development right now, remains a prime site for development as currently zoned, according to DCD officials.

“He doesn’t care what they want,” Zielinski said of Mayor Tom Barrett after the meeting. “He just wants to get his money.”

Since the first time the proposal went before the City Plan Commission in August, planning staff from DCD have maintained that the land should stay zoned as it currently is.

Vanessa Koster, with the department of city development, said their reasons are basically threefold. The parkland was identified as a catalytic site for redevelopment, Bay View is already the highest served community in terms of park land and resources for even maintaining parks are limited and a significant change to an area comprehensive plan should undergo a process with more public input.

And DCD has proffered a compromise to Zielinski and the Bay Viewers. The plan sees 14 lots for single family homes on the east side S. Logan Avenue, mirroring the density on the other side of the street, and more than one and a half acres of park space left. And even if just those 14 parcels were developed, it’s estimated it would add at least $4 million to the tax base.

“We feel very strongly that there is a definite middle ground,” said Rocky Marcoux, DCD commissioner.

Marcoux made clear he didn’t think it was good public policy to rezone the entire parcel for parks, “Especially when it is literally adjacent to another public park,” he said referring to Beulah Brinton Park. Marcoux said DCD is sympathetic to the desires of the residents living near the parcel, but noted that they look at the parcel through the lens of the city as a whole, and that’s why they offered the compromise.

But Zielinski and the vocal residents have a different, headstrong view of the matter. “We do not want the intrusion in our residential areas,” Zielinski said, and his constituents prize that greenspace. “Either they’re gonna listen to my constituents or not.”

Ald. Nik Kovac grilled Zielinski from his seat on the committee about the land. He held up its designation as catalytic area in the comprehensive plan and noted that the last and only time the land was marketed Bay View residents wanted a project that would significantly add to the tax base.

In public meetings, Zielinski has said the comprehensive plan is old and shouldn’t be treated with such deference. Marcoux conceded that the plan is old and potentially worth revisiting, but maintained it deserved a more rigorous public process than what occured prior to the meeting Tuesday.

Marcoux also went into some of the history of the land, saying, “In reviewing the material from the earlier RFP, I had asked Ald. Zielinski not to put this up for RFP,” in 2009, adding, “He demanded that it be put out to RFP.”  Marcoux said he resisted the proposal process because, “We were at the very beginning of what turned into the great recession.” That proposal, from the Housing Authority of the City of Milwaukee to put low-income senior housing, was ultimately scrapped.

And the city is not revisiting that proposal, nor are they marketing the land. The compromise proposal was triggered by Zielinski’s push for a rezone and was driven by the debate over the recent Kinnickinnic development.

“We supported the alderman, we supported the sale of the city vacant property that had been vacant for many years to support the density on that development,” Marcoux said of the recent residential development project going to Kinnickinnic Avenue. “This is clearly a reaction to that.”

Still, Zielinski is no fan of the conceptual compromise plan and has vowed to fight for as much green space in the parcel as he can get.

Correction: The story originally state the committee unanimously voted down the park proposal. In fact the committee held the proposal to the call of the chair, denying it for now. 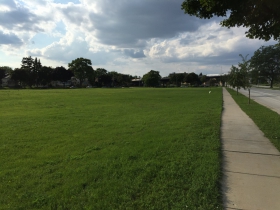 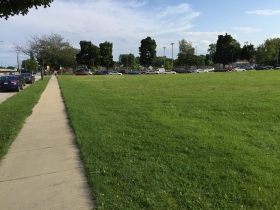 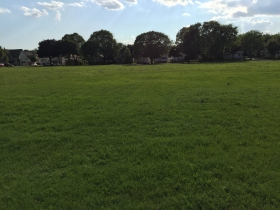