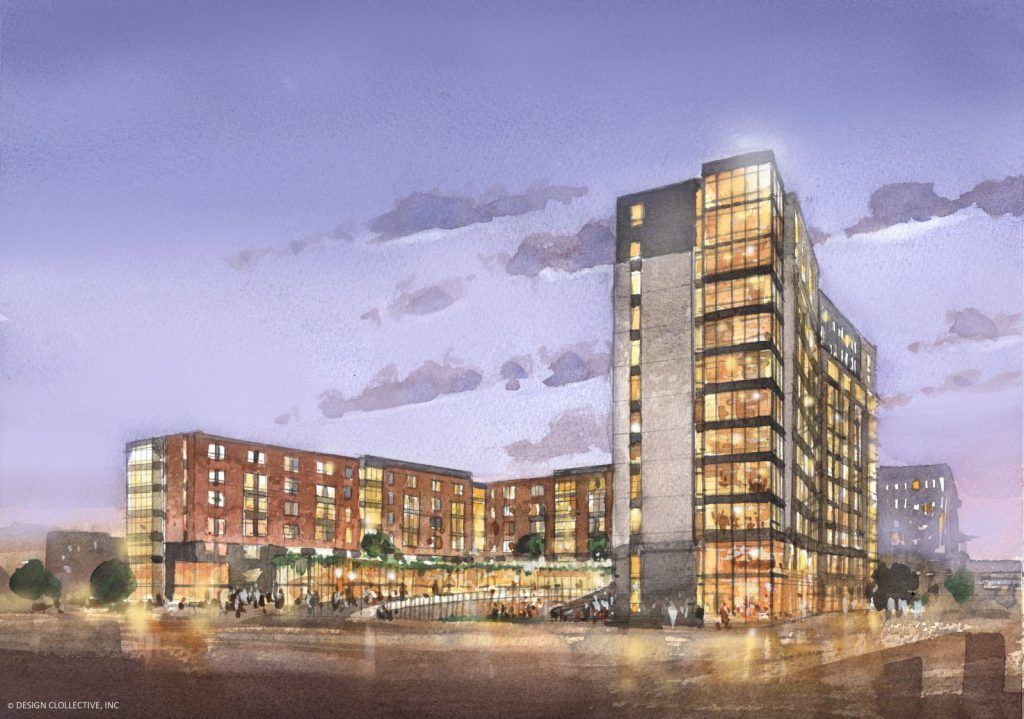 For years, it seemingly operated as an autonomous enclave within the overall footprint of Downtown Milwaukee and areas immediately west.

But Mike Lovell, president of Marquette University, said he and other officials within the venerable Jesuit higher-education institution are turning old ways of thinking on their head.

“We have to think differently, and we have to act differently,” Lovell said Thursday as he gave a cursory overview of Marquette’s campus master plan with local business leaders. Lovell discussed long-range planning with dozens of attendees at a Wisconsin Technology Council event.

The university is on the cusp of rolling out a grandiose campus master plan that Lovell said will take eight to 10 years to implement.

Lovell said a confluence of factors — ranging from dollars and cents to technology — are behind Marquette’s desire to dig deep into planning for the future and ensuring the university is competitive and prepares students for the future.

The master plan has been dubbed, “Beyond Boundaries,” and is a play on words that university officials say is aimed at demonstrating how the Marquette of the future will look different, physically and philosophically, from its current state.

At its core, Lovell said the plan brings together six overarching themes, including more community engagement amid decision-making processes and a pledge to offer an inclusive environment throughout all corners of the campus.

Marquette’s metamorphosis will take shape in a number of ways, including construction of a new residence hall, which is already under construction. Also in the works is an athletic performance research center and a new business school.

Other plans on the horizon include the creation of several new developments, donning such names as the BioDiscovery District and Innovation Alley.

Some of today’s planning might seem out of sync with the realities of the moment, and Lovell said there is a reason for such a scenario.

“We are trying to prepare students for jobs that don’t exist today,” he said. “We’re trying to be very proactive in the way we’re educating students.”

“One thing higher education is bad at is monetizing its assets,” Lovell said.

He mentioned renting out dorm space in the summer as one example that could bring a new income stream into the university.

In a sign of how much Marquette is striving to partner with entities beyond its campus borders, Lovell also discussed Near West Side Partners, a coalition formed a few years ago that is designed to bring together companies and organizations on issues of mutual interest.

In addition to Marquette, Aurora Healthcare, MillerCoors and Potawatomi are a small sampling of the entities partnering with Near West Side.

The coalition has brought fruitful results in its relatively short existence, Lovell said, pointing to crime statistics as one example. Near West Side organizers worked with city leaders in pinpointing some of the sources of crime, including nearby nuisance properties.

“We’ve done things we haven’t done in the past,” Lovell said.

In 2016, major crimes inched downward on Marquette’s campus and in the immediate surrounding area.

According to Marquette University Police, robberies and burglaries dropped 28 percent and 53 percent, respectively, in year-over-year comparisons.

Data from the Milwaukee Police Department reveals crime in the Near West Side area, beyond the campus’ boundaries, also declined. Robberies dropped 47 percent, while a 32-percent decrease in burglaries was recorded.

2 thoughts on “Marquette Moving Beyond Boundaries”