Jazz Comes to the Symphony 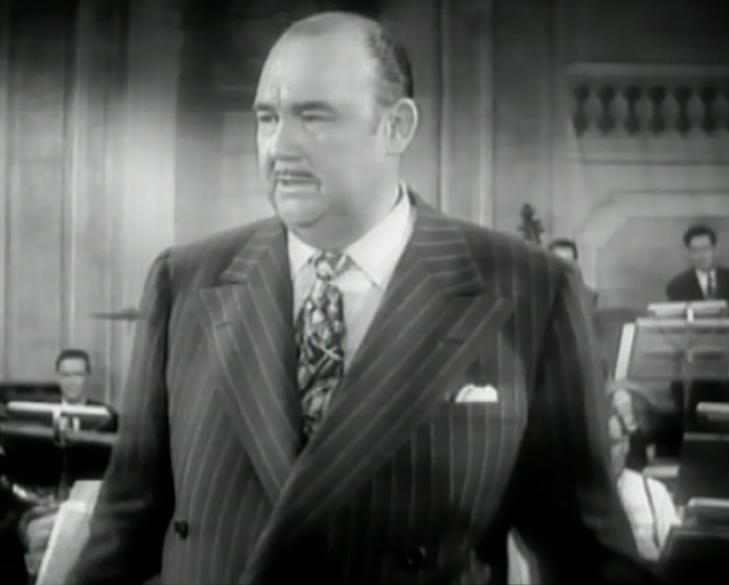 Paul Whiteman in The Fabulous Dorseys

It’s a weekend of classical swing at the Milwaukee Symphony, as the orchestra performs works by Darius Milhaud, George Gershwin, and Sergei Rachmaninoff. What do these three composers have in common? Jazz–at least, the connection with Paul Whiteman and his dance band of 35 musicians. Whiteman, called the “King of Jazz,” was a popular orchestrator and recording artist. Milhaud heard Whiteman’s band when visiting New York. Whiteman premiered Gershwin’s Rhapsody in Blue in 1924. Rachmaninoff was at that premiere concert.

Leonard Bernstein once said, “it seems to me that a time or a period can be much more easily documented by a piece of music than can a geographical locale.” If that is true, this weekend’s concert reflects the period between the wars, when the place of American jazz as an authentic national music was the question to be addressed within symphonic circles.

Working for the French embassy, Darius Milhaud first heard jazz in London in 1920, when he visited the Palais de Danse in Hammersmith, a new “hot jazz” venue opened in 1919. The six-piece ensemble from New York, Billy Arnold’s American Novelty Jazz Band, was performing. At a table next to the polished wood dance floor, under red globe silk lanterns, and surrounded by murals of Chinese landscapes, Milhaud was transfixed. Later he recalled that the music was “absolutely different from anything I had ever heard before . . . I could not tear myself away.”

Balancing his life as a composer with his duties for the embassy, Milhaud traveled to America in 1922. Here he heard the jazz orchestrations of Whiteman’s ensemble, and also traveled to clubs in Harlem. Returning to Paris, he began working with artist Fernand Leger and poet Blaise Cendrars on the ballet that would become La Creation du Monde. The concept was taken from Cendrars’ published anthology of African origin stories, L’Anthologie Negre (1921). The music highlights the role of the blues instruments—bass, saxophone, trombone, and clarinet—as a jazz core of a small orchestra. Not wholly in the jazz idiom, Milhaud composed the piece in post-war polytonal dissonance, simultaneously layering differing key signatures. Aaron Copland called the piece an “authentic small masterpiece” and noted that “Milhaud was able to capture the flavor of jazz without distortion, at the same time retaining his own personality.” Milhaud’s piece is significant in musical history as the first major orchestral work to use American jazz instrumentation and motifs.

George Gershwin’s Rhapsody in Blue was premiered by the Paul Whiteman orchestra at the Aeolian Hall in New York under the intriguing title “An Experiment in Modern Music.” Walter Damrosch, conductor of the New York Symphony Society, was in the audience and immediately asked Gershwin to compose a piano concerto for the orchestra. Gershwin was not an orchestrator and reportedly studied up on technique before composing a concerto in sonata form, the Concerto in F (neither major nor minor). He wanted to call the piece “The New York Concerto.” Of the work, Damrosch said, “It is quick and pulsating, representing the young enthusiastic spirit of American life.” He also noted that symphonic music stylized the jazz for ears accustomed more to Mozart than Jelly Roll Morton. Gershwin himself said, “We are living in an age of staccato, not legato,” and the concerto represents the relentless drive of the city.

Similarly bold rhythms mark the opening to Rachmaninoff’s Symphonic Dances. Despite the rather modern opening, however, the piece is in the tradition of Brahms and Beethoven, who used country dances in their music, but refined them according to rules of counterpoint. Notable in the opening movement is the alto saxophone solo, the first and only to appear in Rachmaninoff’s music. The second movement is a waltz in lush Tchaikovskian harmony, a waltz that turns dark, as if the dance has been visited by a melancholy presence. The final movement introduces the Dies Irae, the Gregorian chant for the Last Judgment.

Rachmaninoff, living in Huntington, New York near his friends Vladimir Horowitz and Michel Fokine, had hoped that Fokine might choreograph the Symphonic Dances, but Fokine passed away shortly after the piece’s premiere. Since the composer’s death, at least five ballet companies have performed their own choreography to the music.

Geoffrey Kahane, pianist and composer, guest conducts the orchestra and performs Gershwin’s Concerto in F while conducting from the piano. Kahane is a well-known interpreter of Gershwin. He notes that his influences include jazz, blues, and folk music.

“Gershwin!” will be performed at 8:00 p.m. on Friday, September 22 and Saturday, September 23. Tickets are available from the Marcus Center for the Performing Arts by calling 414.273.7206, or visiting 929 N. Water Street. Tickets range from $27 to $107. Student Rush tickets are available for $12.00 beginning two hours before all regular season Classics or Pops concerts. Seniors 65 or older can purchase MSO tickets at 50% off regular prices in person and on the day of the concert.

One thought on “Jazz Comes to the Symphony”