See the many different temporary parks built across downtown. 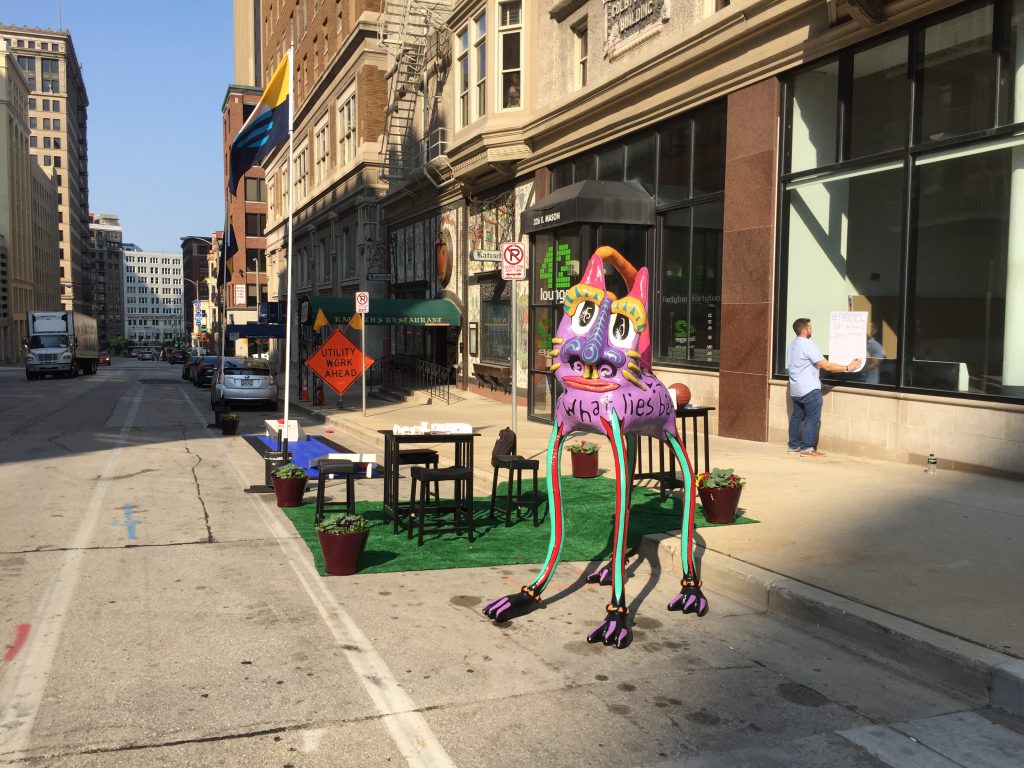 Downtown streets were a bit more lively on Friday. As part of the international PARK(ing) Day event, a number of groups temporarily transformed parking spaces into parks and a variety of other active uses. Complementing the 11 groups were 11 different musicians and musical groups who helped draw attention to the transformed asphalt.

Programming for the spaces included everything from bowling to bags, coffee to cupcakes, acoustic Irish folk to rap. Each of the 11 locations featured a different set of activities and live entertainment. Groups occupied the spaces from 10 a.m. until 3 p.m.

It was great, having participated in and promoted the event since 2010, to see the number of local groups participating increase so dramatically. The notion of parking spaces as useful space for something other than storing vehicles has been gaining acceptance with a number of parklets being installed across the city. The many temporary uses help draw attention to the possibility of reconfiguring our public space to truly serve people.

The Urban Milwaukee setup included a sculpture from artist Marina Lee, the new (unofficial) Milwaukee flag, a bags game and LEGOs from Abbacus Architects and community engagement on “how do you play” from the MKE Plays initiative. 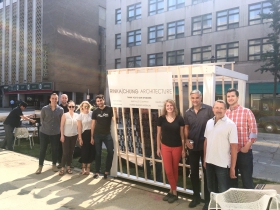 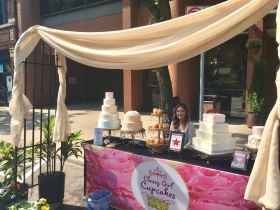 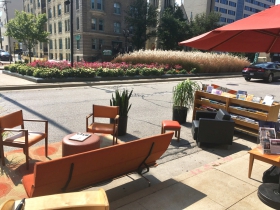 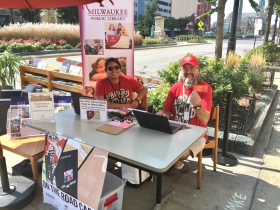 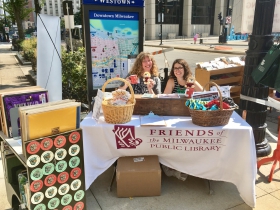 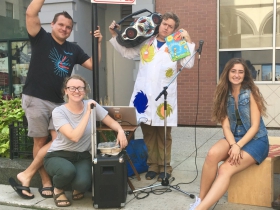 PARK(ing) Day is an annual open-source global event where citizens, artists and activists collaborate to temporarily transform metered parking spaces into “PARK(ing)” spaces: temporary public places. The project began in 2005 when Rebar, a San Francisco art and design studio, converted a single metered parking space into a temporary public park in downtown San Francisco. Since 2005, PARK(ing) Day has evolved into a global movement, with organizations and individuals (operating independently of Rebar but following an established set of guidelines) creating new forms of temporary public space in urban contexts around the world.