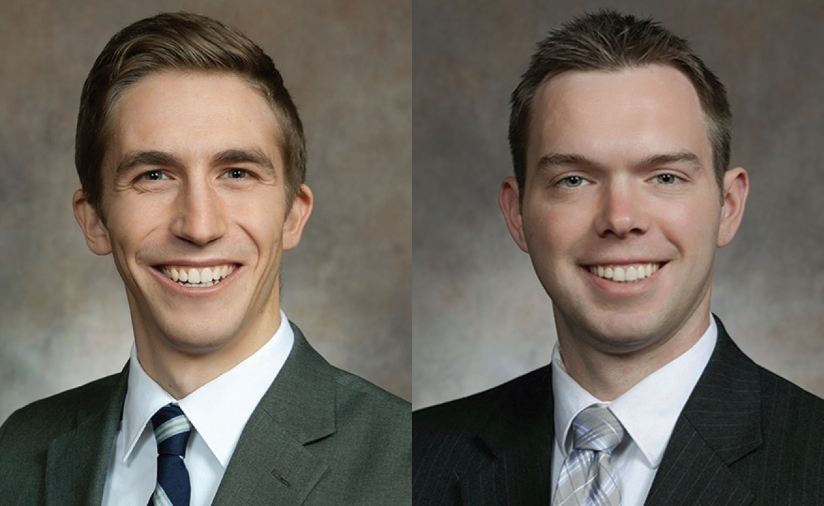 This is a tale of two millennials serving in the state Assembly.

Republican Rep. Adam Neylon, of Pewaukee, is having a good session. The 32-year-old Neylon steered the biggest economic development proposal in Wisconsin history – the controversial Foxconn incentive package – through his state Assembly committee and, on Aug. 17, through the full Assembly.

The Foxconn deal would give the Taiwan-based giant up to $2.85 billion in tax credits over the next 15 years, if it invests $10 billion in a huge high-tech campus in southeast Wisconsin which the company promises will create 13,000 jobs.

The Legislature’s Finance Committee, and the full Senate, will soon vote on the Foxconn aid package negotiated by Republican Gov. Scott Walker and administrators of the Wisconsin Economic Development Corporation, with the endorsement of President Trump.

Assembly Speaker Robin Vos praised Neylon’s work on Foxconn, saying he went “above and beyond to bring Democrats” into negotiations on the package. Three Assembly Democrats voted for the Foxconn deal.

Democratic Rep. Daniel Riemer, of Milwaukee, is not faring as well. The 30-year-old lawyer was shunned – a form of political exile – by his fellow Assembly Democrats.

Some weeks ago Riemer was banned from the closed-caucus strategy sessions of Assembly Democrats, who have 35 seats in the 99-member Assembly, for working on amendments to the controversial campus free-speech bill that Assembly Democrats opposed.

Apparently, Riemer did not clear his work on some amendments to the bill with his fellow Assembly Democrats, or he did not get his party leaders’ permission to work with the enemy, the bill’s Republican author.

The price Riemer paid: Until further notice, you cannot be part of secret caucuses in which Assembly Democrats decide what arguments to use in floor debate, what and how many amendments to introduce, and how long the full Assembly will spend debating specific bills. Closed-caucus deliberations are supposed to be keep-it-in-the-family secret.

Riemer isn’t the first Assembly Democrat to run afoul of their caucus. Former Democratic Reps. Brett Hulsey, of Madison, and Peggy Krusick, of Milwaukee, were disciplined or rebuked in the past, Capitol veterans say. And another Milwaukee Democrat, Rep. Josh Zepnick, was on the verge of being banned from closed caucuses before he emotionally admitted to failing to control his outbursts.

Riemer said last week that caucus rules don’t allow him to discuss what happened to him and why. “There is a strong understanding that what is said in [closed caucuses] is confidential.”

But, Riemer added, “I’ll be working with our caucus on Sept. 7” – both in public and private sessions – for deliberations on the overdue state budget. Assembly and Senate are tentatively scheduled to vote on the budget during the week of Sept. 12.

Asked if he made a mistake, Riemer said, “I have tried my very, very best to represent the people of the 7th Assembly District [and] what’s best for the state.”

“In doing that, I try to be creative, think outside the box,” he added. “I try to not just pursue the party line…I’m trying to push my own team in the direction of new ideas.”

Sometimes, Riemer said, working on issues he believes in “creates some tension and friction. That’s politics.” The fact that he will be back working with the caucus suggests his shunning period has ended.

Assembly Democratic Leader Peter Barca did not respond to requests for comment.

But one Assembly Democrat wondered, since Riemer was exiled, will Rep. Lisa Subeck, of Madison, be disciplined for criticism of Barca that became public?

After Barca, of Kenosha, voted for Foxconn’s tax breaks, Subeck emailed all Assembly Democrats saying that their leader had “failed on all accounts.”

Subeck also accused Barca, in a post-vote news conference, of “trying to justify your own vote, rather than share the caucus perspective consistent with our agreed-upon message.”

Legislators established their “agreed-upon message” on issues in closed caucus.

A veteran Senate Democrat said no member of that caucus had ever been expelled from closed caucuses. But sometimes senators “just don’t show up” for closed caucuses, the senator conceded.

The Senate Democrat said he couldn’t understand why Assembly Democrats would shun one of their own. “Why would they do that? That’s stupid.”

3 thoughts on “The State of Politics: A Tale of Two Millennials”