Will Walker Learn From Hurricane Harvey?

Texas ignored good planning and impact of climate change. The results are clear. 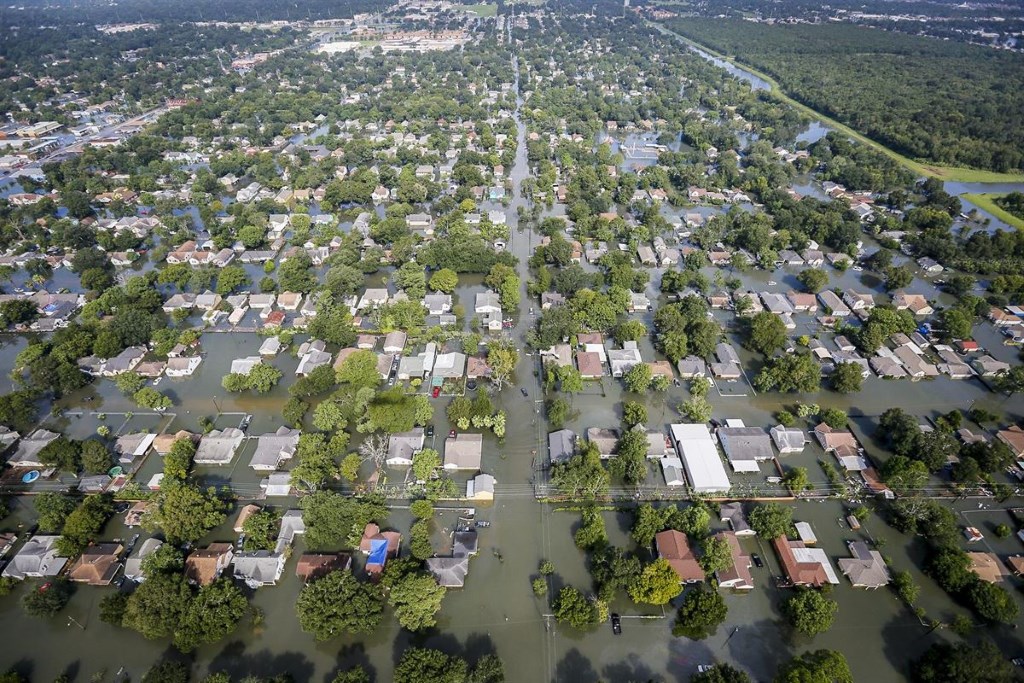 Flooding from Harvey in a residential area in Southeast Texas. Photo from the U.S. Department of Defense.

The horrible images broadcast from Houston, Beaumont, and other Texas communities after Hurricane Harvey dropped its historic rainfall show what can happen when government botches basic obligations and makes a bad situation even worse.

There’s no doubt that a warming climate helped an over-heated Gulf of Mexico fuel the storm, and as I have pointed out often on this blog, communities have been told for years that traditional storm water management systems are insufficient in the face of the more extreme and frequent rain events that a changing climate was unleashing.

Wisconsin has a genuine opportunity to assertively address this so-called ‘new normal’ because it has yet to adopt its next budget, and Cathy Stepp, the current Secretary of Natural Resources – and hostile to climate science – – is resigning.

So in a smart government – – not a perfect one, but just an opportunistic one in the best sense of the word – – the Governor and the Legislature would, after repeated flooding in the state, coordinate aggressive, science-and-experience-based planning and investment to minimize the impacts of what is already happening here.

But we know this will not happen in Wisconsin, because its actions are driven by ideology, and are verboten under a public pledge to the contrary made to the fossil-fuel Koch brothers kings, thus:

* The Walker administration disbanded the previous administration’s global warming task force and removed its links and resources from state webpages.

* Have approved the filling of wetlands – – nature’s natural floodwater sponges – – as well as adopted a new law easing development in wetlands, on shorelines and stream banks.

* Is enabling the destruction for a major Walker donor of a nature preserve, its dunes, timber and wetlands, for the construction of a high-end, privately-owned golf course along Lake Michigan.

* Are heavily-pushing a special exemption from wetland filling and stream alteration permissions for the Foxconn factory plan wherever in Kenosha and/or Racine Counties it is likely to be located, and where some heavy and destructive flooding has recently taken place, as it also did in northern Wisconsin.

This is what happens when ideology and re-election campaigns trump basic, common-sense environmental and public health priorities, but Walker said he wanted natural resource management in the state run with “a chamber of commerce mentality” and Republicans have made it a reality since January, 2011 with no turn-around in sight.

2 thoughts on “Op Ed: Will Walker Learn From Hurricane Harvey?”