First of 20 homes is redeveloped for new owners in Washington Park area. 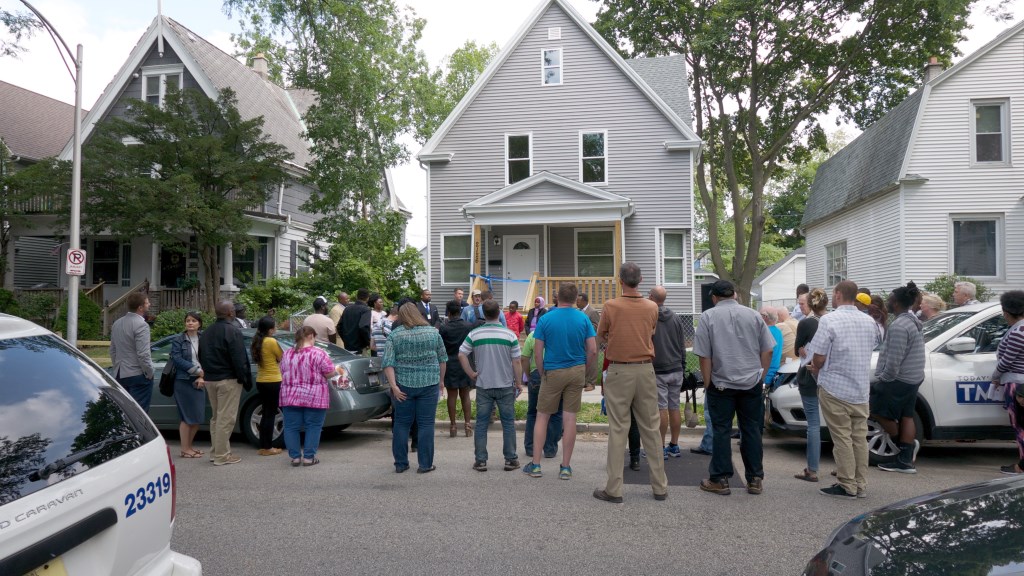 The first home refurbished under the City of Milwaukee’s Re-Invest in City Homes initiative. Photo by Graham Kilmer.

A dedication was held Wednesday for the first home refurbished under the City of Milwaukee’s Re-Invest in City Homes or RICH initiative.

The house is within the 2100 block of N. 37th Street and it went to a family that came to the United States in 2004 as Somali refugees.

Before the city acquired the house, it was derelict and a hub for crime and nuisance in the neighborhood. Now it’s newly remodeled. And Isha and Osman Hassan own a home in the United States for the first time, 23 years after they were displaced from their former home in Somalia. 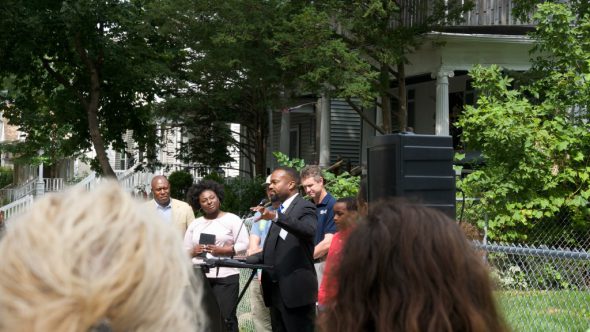 The RICH program was created in 2014. It was Ald. Russell Stamper’s first piece of legislation, and it aims to revitalize homes in a neighborhood hit hard by foreclosures. It’s funded with $600,000 in funds that weren’t spent by other neighborhood improvement programs at the time of its inception.

There are 20 homes in the program. They’re all in the Washington Park area. This was by design, so the program could impact one neighborhood.

“We tried to cluster them so we could have a bigger impact,” Stamper said.

The home on N. 37th Street was remodeled by Milwaukee Habitat for Humanity. The way the program works, the city sells a foreclosed home for $1. Funds for redevelopment are then made available by the city through a 10-year loan with a one percent interest rate. The idea is the city will recoup its investment in 10 years or less making the program, in Stamper’s words, “self sustaining.”

The city has partnered with Habitat for the pilot program of RICH. So it provides the low-interest loan to Habitat, which redevelops the house using their model. Habitat will be taking on the rest of the 20 houses on the docket as well. 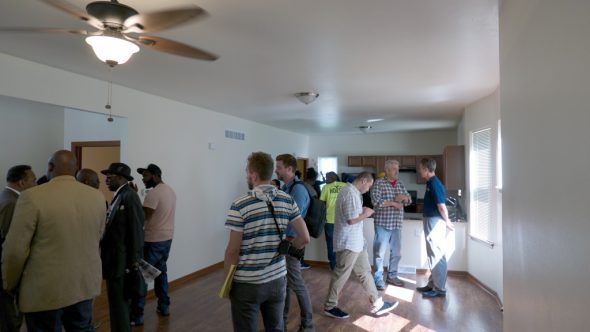 Inside the home. Photo by Graham Kilmer.

For this house, Habitat gutted the inside, “stripped down to the studs,” said Eric Gremonprez, critical home repair manager with Milwaukee Habitat. “It’s safe to say this was an ambitious project to take on.”

Because this was a Habitat build, the family put in sweat equity on the house like any other. And financial support came from other sources, too, like the We Energies Foundation and Wells Fargo.

Moving into the home with Osman and Isha are their eight children, all ranging in age from three to 18. Their oldest, Zeynab Ali, recently self published a book about her experience living in a refugee tent camp and about the history of Somalia.

Prior to moving into this new home, the Hassans were living in an apartment. Osman’s take on the change: “Oh boy, this is better.”

One thought on “RICH Program Dedicates Its First Home”