Democratic candidates for governor oppose deal. Could they kill it if elected? 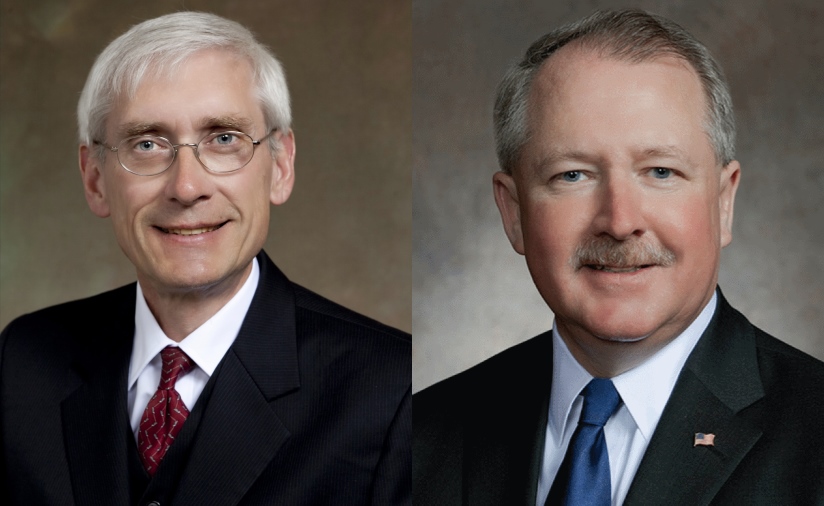 A Wisconsin governor plans a major, costly economic development deal with the Legislature’s support. But a governor of the opposite party gets elected, killing the deal.

This is not a hypothetical reference to the Foxconn deal, which would give that company $2.85 billion in tax breaks over the next 15 years if it invests $10 billion and employs 13,000 in Wisconsin. The Foxconn deal, championed by Republican Gov. Scott Walker and GOP legislators, and opposed by Democratic candidates for governor, has been approved by the state Assembly and will get a Senate vote next month. Walker is up for re-election next year.

This scenario is similar to what happened back on Nov. 4, 2010, when Democratic Gov. Jim Doyle killed a proposed high-speed train between Madison and Milwaukee, although the federal government offered Wisconsin $810 million to pay to rebuild tracks and outfit the cars.

Why did Doyle kill a train he and Democratic legislators wanted? Two days earlier, voters had elected as governor Republican Scott Walker – an opponent of the train – and a Republican majority in the Legislature.

“To me, it doesn’t make sense to not move ahead, but we have had an election,” said Doyle, who said 400 construction jobs were lost when the train was killed. “I have to deal in the real world and think about how this affects real jobs and the real lives of people.”

In his book, Unintimidated, Walker wrote of his opposition to the train: “I knew that the state would be on the hook for shortfalls, as well as operating subsidies once the line was complete. We estimated that the project was going to cost Wisconsin taxpayers $110 million. We were broke and just could not afford it.”

Fast forward seven years to this question for Democratic candidates for governor: if the Foxconn deal is law and the company has started construction in Racine or Kenosha counties, what would you do if elected?

“I would certainly try to find ways to renegotiate that deal,” Tony Evers, state superintendent of public instruction, told reporters last week after announcing his run for governor. “It’s a bad deal.”

Besides offering Foxconn too much in financial incentives, and waiving environmental protections, Evers said there is another overriding concern: “The eventuality is that the production jobs will be done by robots.”

That’s why, Evers added, boosting funds for public schools is his top campaign issue. “We have to make sure the people in those jobs initially are trained up [and] make sure people are prepared for the jobs in the future.”

But, Evers also added, the Legislature and Walker will soon approve the Foxconn deal, so he doesn’t know how much authority he would have as governor to change it. “It depends how much it’s locked in place.”

Another Democratic candidate for governor, Milwaukee business executive Andy Gronik said, if he was a corporate director and a CEO like Walker brought a Foxconn deal with so few details to that board, “I would first deny the deal, and then I’d fire Scott Walker.”

At a Wispolitics luncheon, Gronik said he is not aware of an “exit clause” in the proposed Foxconn deal, so he could be forced to honor it as governor.

Gronik also noted that Foxconn is a Taiwan-based company, so any lawsuit over the contract or its terms may be litigated in a foreign country. That could make it hard to “battle through deal points with that company,” he added.

Another Democratic candidate, Rep. Dana Wachs, of Eau Claire, is a lawyer who has not said what he would do to renegotiate or cancel any Foxconn deal, if he is elected governor.

But Wachs repeated his opposition to the deal last week: “It would bring Chinese-style economics to Wisconsin, complete with air and water pollution, fewer worker protections, and government choosing winners and losers based on which corporations curry favor with them.”

Milwaukee attorney Matt Flynn, who has also indicated he plans to run in the Democratic primary, has called for the deal to be renegotiated.

Some Democrats opposed to the Foxconn deal have cited the company’s 2013 promise to invest $30 million, and hire 500, at a new Pennsylvania factory – a factory that was never built.

In 2013, Republican Tom Corbett was governor of Pennsylvania. In 2014, Democrat Tom Wolf was elected governor. How much of a role – if any – did that change in political power play in Foxconn’s broken promise to Pennsylvania?

One thought on “The State of Politics: Would Democratic Governor Kill Foxconn Deal?”