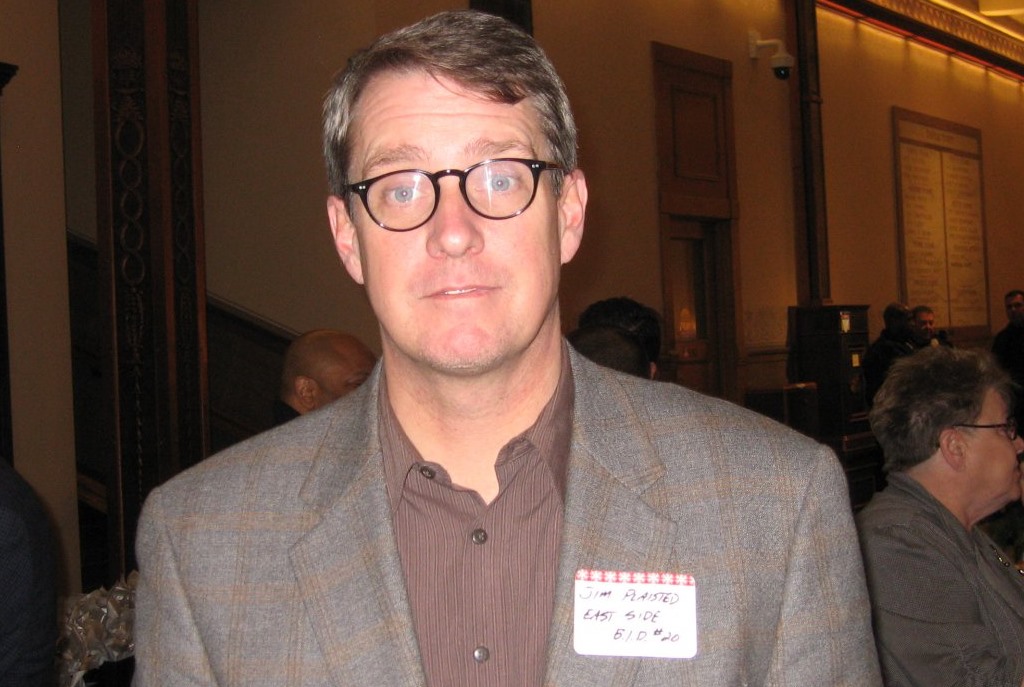 It was a search members of the Historic Third Ward Association’s board of directors characterized as exhaustive and extensive.

But after the net was cast for the next leader of one of Milwaukee’s most gentrified neighborhoods, the board did not have to look too far for the selected candidate.

Recently, Jim Plaisted officially assumed the duties of executive director of the association. He succeeds Nancy O’Keefe, who had been the face of the Historic Third Ward for more than two decades before retiring late last year.

Plaisted’s resume includes a number of similar stints throughout the area, including part-time roles overseeing Business Improvement Districts in neighborhoods and suburbs in and around Milwaukee.

He was named executive director of the East Side BID in Milwaukee upon its founding in 1999 and subsequently was brought on to helm Shorewood’s BID in 2006 and the Wauwatosa Village BID in 2012.

When he took the reins of the Historic Third Ward Association on July 10, Plaisted relinquished all three of his part-time BID jobs. His new role is a full-time one.

“This was just the right thing for me to do professionally,” Plaisted said in an interview with Urban Milwaukee. “This is another opportunity for me to work with a community that’s been doing some wonderful things.”

Plaisted said he was instantly attracted to Historic Third Ward because, “There’s an undeniable energy that’s in place.”

Jack Lemmon, president of the Historic Third Ward Association’s board of directors, said Plaisted had a number of attributes that helped him stand out from the pack of candidates, including the BID-related experience.

Lemmon said the once-separate functions of Historic Third Ward’s BID and the association itself are joining together in an effort to have an even greater unified mission for a section of Milwaukee that has gone through a significant resurgence in recent decades.

“There’s going to be a lot of commingling taking place,” Lemmon said. “There’s a melding of the two functions.”

With this philosophy in mind, Lemmon said of Plaisted, “This is someone who knows his way around BIDs. Jim also knows what running an urban community is all about.”

In his other roles, Plaisted has spearheaded a number of events designed to draw people to the communities he has overseen. In Shorewood, for instance, he was instrumental in bringing the Shorewood Criterium Cycling Classic to the heart of the village.

“He understands the idea of bringing people into the community,” Lemmon said.

Plaisted’s recent appointment comes at a turning point for the maturing Historic Third Ward Association. The significant investment in the community has been notable in recent times, but Lemmon said he and other officials do not want to rest on their laurels.

The association’s board of directors engaged in a 6-month strategic planning process that Lemmon likened to creating a blueprint for the neighborhood’s future.

“We still want to market ourselves as the preeminent, hip neighborhood,” Lemmon said. “We’re growing, and we’re evaluating. This is an exciting time for someone new to step in.”

As he looks to the future and his new role, Plaisted acknowledged the strategic planning exercise that took place before his arrival. He said he is eager to dig into the recommendations and help bringing them to form.

“I’m looking to put some meat on the bones of the plan,” Plaisted said. “I’m thankful for the opportunity to be a part of something that is like its own little city.”

He added, “I’m working with a very professional group of people. This is going to be a very good opportunity.”