Stroll through the quaint, picturesque Historic Third Ward today, and it’s hard to imagine this deeply historic bastion of culture, commerce and camaraderie was a moribund stretch of Milwaukee’s landscape not that long ago.

A number of organizations and concerted efforts have infused new life into the community the past three or so decades. One of the most prominent is the Historic Third Ward Association, which has a membership group and a team of staffers working to ensure the neighborhood remains a vibrant place to live, work and play. 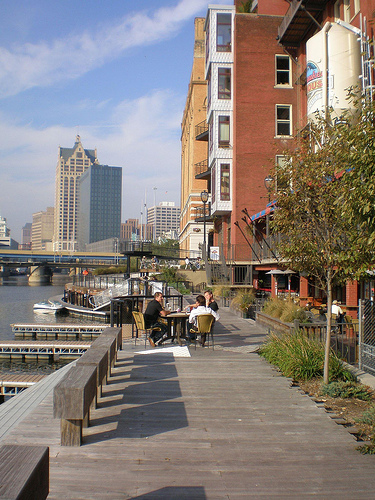 Riverwalk in the Historic Third Ward

The association has long employed an executive director who oversees a variety of functions, including planning such events as the Small Business Saturday extravaganza at the kickoff of each holiday season.

Nancy O’Keefe had been the association’s director for more than 20 years, and she played an important role in helping grow the Historic Third Ward into what it is today. O’Keefe officially retired late last year.

Michael Gardener, who oversees the Historic Third Ward Association’s board of directors, said an exhaustive search for O’Keefe’s long-term replacement is in progress. For the time being, Stephanie Sherman, who, like Gardener, is a veteran of the association’s executive board, is handling many of O’Keefe’s duties on an interim basis.

“We have our annual meeting on April 27th, and we’ll have a plan (for O’Keefe’s successor) completed at that time,” Gardener said. “We’re hoping to have the entire process completed by June.”

Gardener and other board members have already undertaken a few steps, including work with a firm to help with the leadership transition process.

O’Keefe’s long-term successor will likely have a different set of responsibilities, Gardener said, noting the Historic Third Ward continues to grow and evolve with its renaissance fully cemented into the consciousness of many Milwaukeeans.

A portion of O’Keefe’s responsibilities involved the local business improvement district (BID), which was an offshoot of the association. While the business community will remain an important part of the association, Gardener said there are other issues on the group’s radar as well.

Speaking to the next executive director’s duties, Gardener said, “We’re going to try and keep the focus more narrow.” In particular, the association wants the new director to have experience seeking and successfully obtaining grants to spur additional growth efforts. 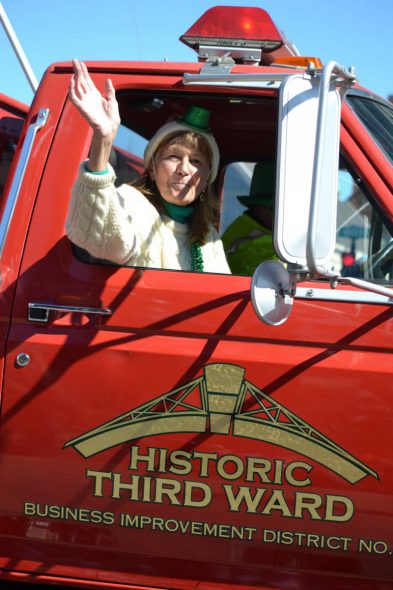 Mirroring what has taken place elsewhere in and near Milwaukee’s downtown, the Historic Third Ward has enjoyed a housing boom in recent years, and accommodating residents within the community has become an increasingly important part of some of the association’s planning efforts, Gardener said.

Some of the other imminent changes on the association’s radar screen are infrastructure related. Case in point: The planned extension of Lincoln Memorial Drive could bring further progress to the already gentrified neighborhood. The city of Milwaukee’s Lakefront Gateway Project is another important item.

“I think we’re going to see another round of real growth here in the Third Ward,” Gardener said. “This is going to bring huge changes with another easy access point.”

Gardener said the new exec director should also have the skills to help leverage some of these positive developments.

While Gardener said he and other board members are focused on the future, he’s also quick to point out that whoever is tapped to lead the association will have big shoes to fill. Gardener lauded O’Keefe for her many accomplishments throughout the past 20-plus years.

“She did a fabulous job with all of the different things that go on here,” Gardener said. “The number of changes that took place (during O’Keefe’s tenure) were staggering when you think about developments like the Milwaukee Public Market.”

He added, “Nancy was a major part of our growth, and she is going to be hard to replace. We almost have to find someone completely different because you just can’t replace Nancy.”