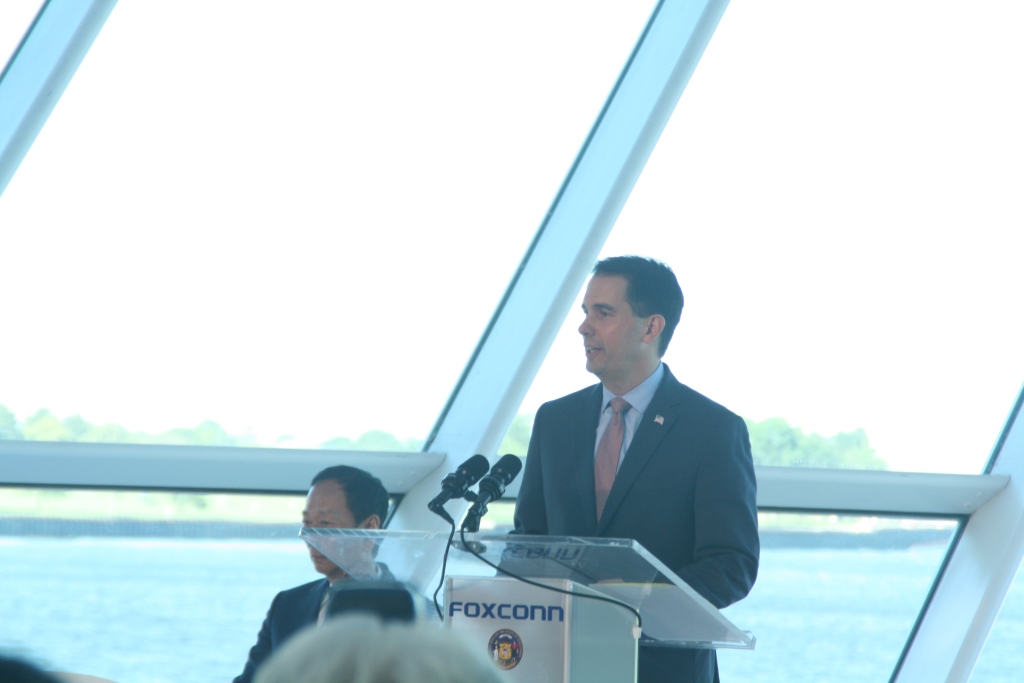 Governor Walker’s three statewide election victories were by margins of 5, 7, and 5 percentage points.

Prior to the Foxconn deal a reasonable forecast for 2018 would have been for another victory in that range. Despite the empty Democratic bench, and the absence of any clear agenda, a hardcore retains a strong dislike of the Governor. In my opinion that would limit any talk of landslide re-elect numbers for Walker.

Foxconn obviously changes the outlook. If Las Vegas were to take bets the opening line now would be -10, meaning Walker is a 10-point favorite to win. That would be the number likely to get enough bets on both sides that bookmakers could make their desired commission profit.

That line will move if the Legislature OKs the necessary special legislation and if there is a clear vision of when a shovel would turn earth for a Foxconn site.

Could Walker approach Tommy Thompson landslide numbers from his last three elections (+16, +37, +21)? The answer depends on whether Wisconsin Democrats can descend to an even lower level of ineptness.

Following Tommy’s 7-point margin over incumbent Tony Earl in 1986 he clobbered a credible candidate in Tom Loftus and then simply swamped Chuck Chvala and Ed Garvey.

A factor helping Dems next year is the unity they will have in support of Tammy Baldwin. That will help in turnout, something that otherwise could be dampened if their candidate for Governor is weak.

And then of course there is the wild card of all times: Donald Trump. It is impossible to predict what might occur in the next year on the national level that could re-align the Wisconsin electorate, one that voted for him (and Ron Johnson) just nine months ago.

The Journal Sentinel’s Craig Gilbert has chronicled Wisconsin’s sharp partisan divisions, perhaps the greatest among the fifty states. That was not the case in the Thompson years, a factor that keeps Walker safely in the re-elect column but not yet approaching serious landslide speculation.

19 thoughts on “The Contrarian: Walker’s Reelection Now A Certainty”