Foxconn has come to Wisconsin, literally.

While the company and state are still rumored to be negotiating over an electronics factory that could employ 10,000 people, a private jet affiliated with the company has landed at General Mitchell International Airport. It’s parked just outside of the observation area along E. Layton Ave.

The airplane arrived in Milwaukee at 3:06 p.m. Sunday, having departed Long Beach Airport near Los Angeles, CA at 11:41 a.m. What Foxconn executives, perhaps including founder and chairman Terry Gou, have been up to in Wisconsin since then is unclear. But the village boards of Mount Pleasant and Sturtevant are scheduled to meet in closed session this afternoon to discuss “a potential future development project in Racine County.” It’s hard to imagine that’s about anything other than Foxconn.

President Donald Trump was the one who broke the Foxconn news when on a Wisconsin visit with Governor Scott Walker on June 13th he said “Just backstage, we were negotiating with a major, major, incredible manufacturer of phones and computers and televisions, and I think they’re going to give the governor a very happy surprise very soon.” On June 30th Racine Mayor John Dickert confirmed to the Milwaukee Journal Sentinel that representatives affiliated with the proposed deal have approached the City of Racine about providing water and sewer service to a large plant outside the city limits. Racine County has approved a $500,000 letter of credit to the Racine County Economic Development Corp. to “cover expenses related to economic development projects.”

The company is expected to build a $7 billion plant to manufacture display panels for televisions as part of a massive U.S. expansion that could employ up-to 50,000 people according to company chairman Gou.

The Foxconn airplane is a Gulfstream G650. It’s registration (B-99988) identifies its country of origin as Taiwan where Foxconn, known formally as Hon Hai Precision Industry Co. Ltd, is headquartered. The jet has a retail price of $65 million. It was purchased on March 21st, 2016 according to Corporate Jet Investor.

The company was originally scheduled to build a factory in Pennsylvania in 2013, but work on that has yet to move forward.

Foxconn customers include Apple, Amazon, Nintendo, Sony and Microsoft. The company has 12 factories in China and a number of other facilities across the globe. As of 2012, the company produced approximately 40 percent of all consumer electronics. One factory in China, known informally as Foxconn City, employs approximately 230,000 people. According to a New York Times report in 2012 “over a quarter of Foxconn’s work force lives in company barracks and many workers earn less than $17 a day.” 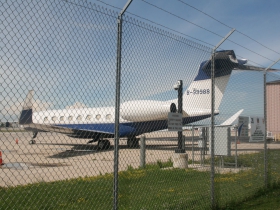 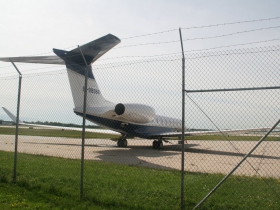 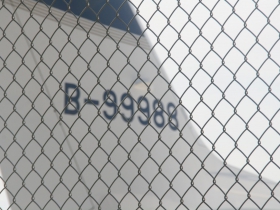 11 thoughts on “Eyes on Milwaukee: Foxconn Lands in Milwaukee”

WisDems and Arena, in Partnership with the DNCC and BFP, Announce Free, All-Virtual Campaign Academy by Democratic Party of Wisconsin