And a major upgrade for Italian Community Center. 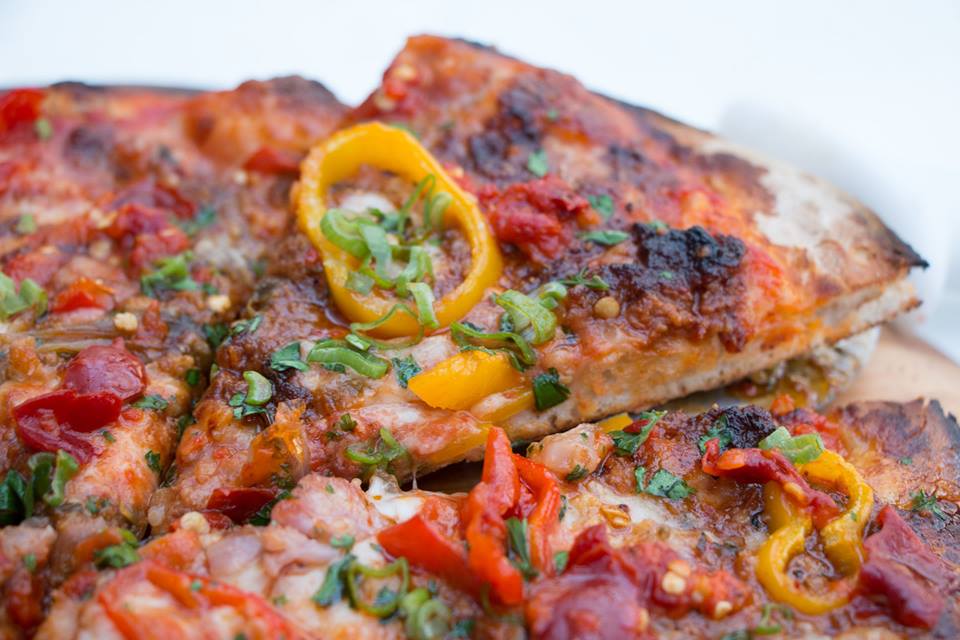 DiModa Pizza & Hotspot opened this weekend in the former Trocadero at 1758 N. Water St. Co-owners Drew Deuster, J.J. Kovacovich and Phil Erno bought the space three years ago and originally ran Trocadero before deciding to rebrand the property into DiModa.

According to OnMilwaukee.com’s Molly Snyder some Trocadero favorites like the Frenchie Bloody Mary made it onto the new DiModa menu, but the menu now features pasta dishes, entrees, salads, desserts and appetizers while focusing mainly on gourmet pizzas crafted in a wood-fire oven.

The beloved patio is still the main focal point of DiModa, but after renovations the space now features a second bar,  garage doors and an open-concept kitchen.

El Tenampa Mexican Grill & Cantina is slated to open in the former space of the Black Kettle restaurant by mid- to late-July. The Black Kettle occupied 8660 N. 107th St. for more than 50 years.

El Tenampa owner Victor Ramirez is applying for a liquor license for the restaurant, and is planning drink specials and hopes to have the restaurant open daily for lunch and dinner.

El Tenampa’s menu shows it will go beyond traditional Mexican dishes, with items such as pizza with chorizo, cheese, jalapeno, and cilantro ($9.99) and an American menu that includes double cheeseburgers ($7.99).

The restaurant’s seafood menu, besides dishes such as shrimp a la diabla ($13.50), includes a Friday fish fry ($10.99) with a choice of potato pancakes.

El Tenampa will also have a childrens menu and be open daily for lunch from 11 a.m. to 3 p.m.

MOTOR Bar & Restaurant at the Harley-Davidson Museum campus will get fresh upgrades this summer including a new space and an addition to the restaurant, the MOTOR Can Room.

The new addition to MOTOR’s existing dining and bar areas, Can Room will provide guests with a laid-back atmosphere focused on craft beer and camaraderie. Featuring exclusive canned craft beers and a signature bar room, the Can Room aims to be the perfect spot to relax with friends or grab a bite to eat.

It’s an exciting time at the restaurant, and we appreciate our customers’ patience throughout the process. We welcome everyone to stop by during the next two months, enjoy a meal and check out the progress!

The restaurant will remain open during renovations, and are expected to be completed around mid-July. 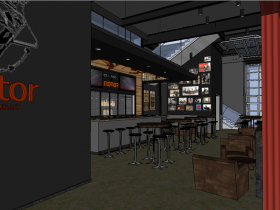 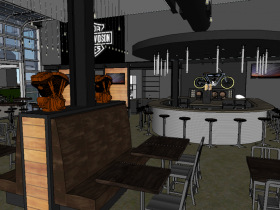 The new east side ramen hot spot, Yokohama, has added lunch to their menu. The restaurant opened in late May and also recently began offering takeout and delivery.

The tacos and the salads come with chicken teriyaki, pork belly seasoned with gochujang, or shiitake mushrooms glazed in hoisin, plus a choice of vegetables and other toppings.

In addition to their lunch hours, Yokohama serves dinner from 3 p.m. to 10 p.m. and offers a late-night menu until 1 a.m. on weekends and midnight on weekdays.

The Italian Community Center will see major upgrades in the near future after announcing their partnership with the Bartolotta Restaurant Group. Bartolotta took over responsibility for all catering and restaurant operations for the ICC last year.

The ICC is planning to upgrade their meeting rooms, ballroom and Festa hall, as well as Cafe La Scala and its courtyard.

Renovations…will be done with the assistance of Amber MacCracken, designer at Kahler Slater. MacCraken also assisted the Bartolotta Restaurant Group with the design for Cafe Grace, ABV Social and Taquiera El Jefe at the Mayfair Collection.

Improvements have already been made to the conference center’s catering kitchen, which is abuzz with activity during events.

Up next will be public spaces, including the grand ballroom, Festa Hall, meeting rooms and restrooms. Improvements will include new paint (including removal of the current mauve color in the lobby), carpeting, furniture and lighting. Completion on phases one and two are expected by the end of 2017. A third phase will incorporate changes to the restaurant space and courtyard.

This will be the first major renovation the Italian Community Center has seen since its opening in 1990.

Sendik’s is opening a small-format grocery store on the campus of Marquette University at the corner of N. 16th and W. Wells streets. The 19th Sendik’s location is a welcome addition to the west side as residents have tried to recruit a supermarket to the area for years.

The store…will be 4,800 square feet and boast similarities to Sendik’s Fresh2Go concept but tailored to the campus community.

Construction is expected to start in July on the new location, which will be located in a vacant space adjacent to the Union Sports Annex within Campus Town. Expected to open during the 2017-’18 academic year, the store will bring an established grocery operator to a neighborhood that has long lacked many fresh food options for both students and residents alike.

From my earliest days as president at Marquette, I told our students and our partners in the near west side that bringing a top-quality grocer to our community was the highest priority.

The new store will offer single-serve meals, fresh produce and healthy snacks and will employ about 20 workers.

But Iron Gate isn’t closing for good; they are moving just a stone’s throw down the street to 4125 S. Howell Ave. and hope to reopen around July 12.

Chef and owner Aaron Patin says the Iron Grate food truck will fill in from 11 a.m. to 7 p.m. July 7-9 while the new restaurant is undergoing changes.

Fredrich reports the new location will be a counter-service only restaurant but will have a dedicated dining area, bench seating for 36 diners and an outdoor patio for 40 diners with table-side service.

The extended hours at the new location will be from 11 a.m. to 8 or 9 p.m. Wednesday through Sunday.