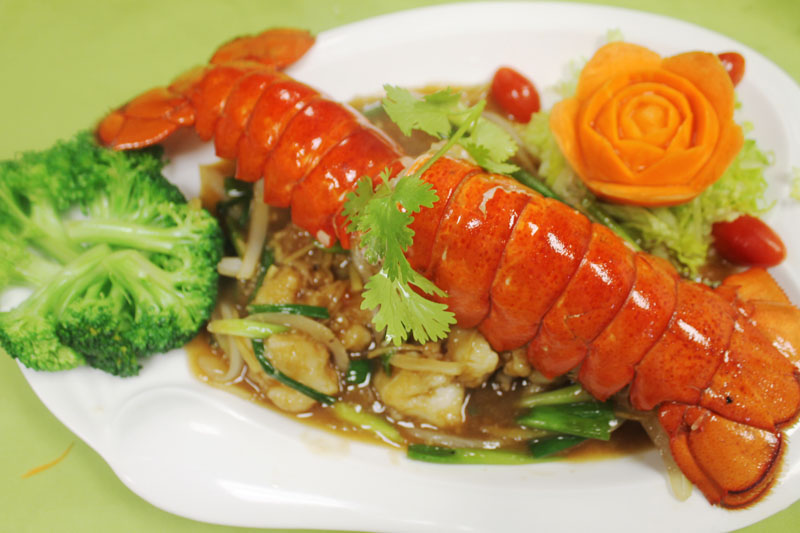 The King Crab Shack will open at the former home of Pepi’s Place at 1330 E. Brady St. This will be the second location for the restaurant and the menu will consist of Vietnamese-Cajun seafood.

Ordering is a five-step process. First, you choose your seafood, such as crab legs, crawfish, Dungeness crab, mussles or lobster. Next, you pick a sauce – garlic butter, lemon pepper, crazy Cajun or a mix. Then, you select a spice level, ranging from non-spicy to mild to medium to crazy.

While there is no set opening date, The King Crab Shack is currently undergoing renovations.

The Love Shack, an island-themed bar, is set to open at 106 W. Seeboth St. on Saturday. Along with its tropical food, the restaurant will feature tiki drinks and a riverfront patio.

Its 12 items include pork meatballs with roasted red pepper, sticky rice and avocado cream; steamed buns filled with braised pork, shrimp or beef; seared scallop and crisped Spam with mango and radish salad; vegetable or salmon poke bowls; and melon salad with roasted red pepper and citrus vinaigrette. Prices are around $15 or less.

According to Deptolla, the restaurant’s modern aesthetic will feature a modern tiki lounge with mahogany doors and palm trees, LED tiki torches, and a 20-foot-tall volcano.

They’re called the Fitz and Gin Rickey and this new restaurant and lounge at the Ambassador Hotel 2308 W. Wisconsin Ave.) will open on June 27. Deptolla reports on the new look, drinks and menu, overseen by head chef Jason Gorman:

The dining room and lounge are redecorated; new music geared to each space has been selected; greater emphasis is placed on the craft of cocktails and the selection of wines (the hotel has two sommeliers, Jason Wedner, formerly of Rare, and Erik Mulberry, formerly of Hotel Madrid). And Gorman has changed the menus entirely…

At dinner, the menu takes a new look at standards — the kitchen makes Chinese-style sausages and puts them in bao-style buns for a play on pigs in blankets, for instance.

Classics have a place on the menu, like Porterhouse steak served with cheese-potato puree, or roasted fish with scallion rice…

Urban Milwaukee fans got a sneak peak of the new dishes and drinks at our June 6 party at the Ambassador, where Chef Jason Gorman was overseeing all the delicious dishes being served. They were a hit.

Food from the party: 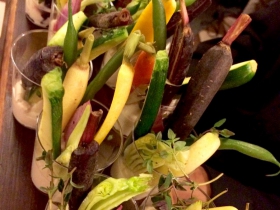 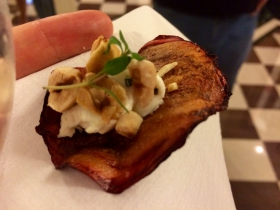 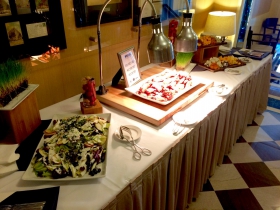 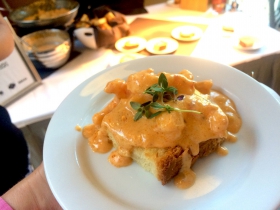 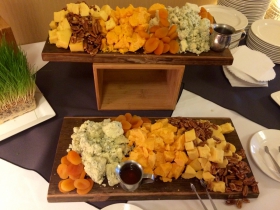 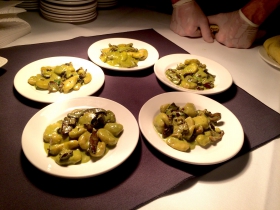 Finks tavern on 1875 N. Humboldt Ave. has begun construction on a new 700-square-foot patio that will hold an additional 40 people.

The work began earlier in the month when the site was roughly graded, and forms were set to encase a simple pole structure in concrete. A deck will be laid, and the patio will be equipped with six four-top tables, eight sidewalk tables and five lounge chairs casually arranged around a gas fire pit. 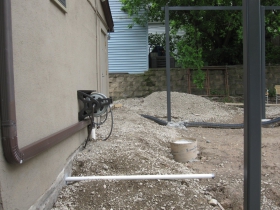 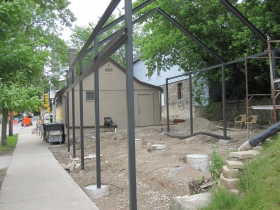 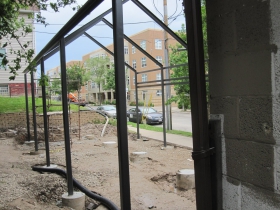 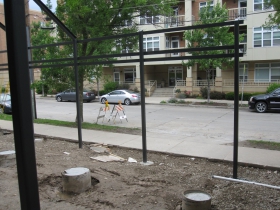 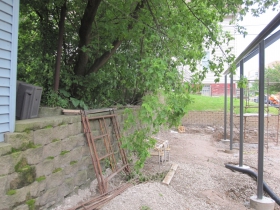 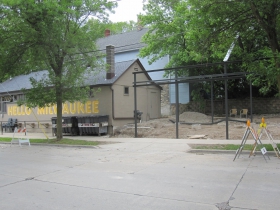 Ruiz, who has been with Bartolotta Restaurants since 2001, previously worked at the group’s Ristorante Bartolotta, Bacchus and the rumpus Room. A new Chef for Joey Gerard’s will be announced later, according to the restaurant.

Current chef Fisher has been with Harbor House since 2016 and is leaving to become corporate chef for a business specializing in making commercial kitchen equipment, Alto-Shaam.

One thought on “Now Serving: King Crabs and Tiki Love”