Its final summer concert brings to an end a decades-long tradition.

For the fourth and final Summer Evenings of Music series concert at the University of Wisconsin-Milwaukee this Sunday evening, the Fine Arts Quartet (violinists Ralph Evans and Efim Boico, cellist Robert Cohen and violist Juan-Miguel Hernandez) welcomes a frequent guest and long term friend of the FAQ – Gil Sharon. 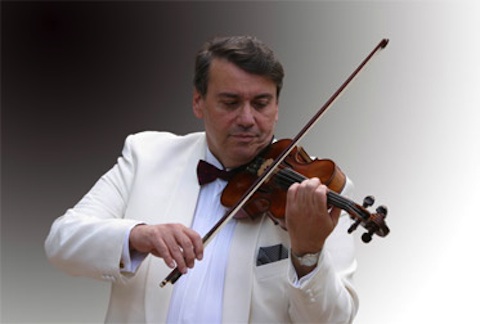 Sharon’s reputation has been established as a violinist but when he appears in Milwaukee, he plays the viola instead. In 1992, Sharon founded the Amati Ensemble. The Ensemble performs in many different combinations, from duo to chamber orchestra, offering an annual series in Maastricht, Netherlands.

This concert had been planned to include German cellist Alexander Hülshoff, who would participate in a sextet – Transfigured Night by Arnold Schoenberg. After an injury sidelined an expected guest last week, lightning struck twice. Hülshoff will also not be able to attend. The program has changed to feature a Beethoven quintet that the Fine Arts Quartet recorded with Gil Sharon in 2008.

Ludwig van Beethoven wrote five works for string quintet, but his String Quintet in C major, Op. 29 (1801) has received much less attention than his quartets. The quintet marks a transition from classical (the first two movements) to the romantic style (the last two).

Critic Anthony Short offers a brief synopsis of the work:

“The first movement offers innovative key relationships, which defy the dictates of strict classical sonata form: Beethoven wrote the lyrical second subject in the unexpected key of A major rather than the formally ‘correct’ key of G major. The spacious slow movement, deeply expressive and full of rich tone-colours, is followed by a scherzo that is not dissimilar in mood to that from the Second Symphony. The genial trio section is but a small step away from Schubert, and might well have inspired the younger composer a decade or so later. The finale is unparalleled in originality, and its rushing semiquavers, punctuated by sudden loud interjections, have earned it the German nickname ‘Der Sturm’.”

“Maybe the ensemble deserves credit for finding the key to putting the quintet across. The players cultivate a heavy legato sound that’s somewhat counter to fashion for Beethoven’s chamber music but works like a charm here. The quintet is one of the early Beethoven works that directly inspired the next generation, which never followed him into the profound structural integration of the middle period.”

The Quartet will play two infrequently performed works to open the concert: 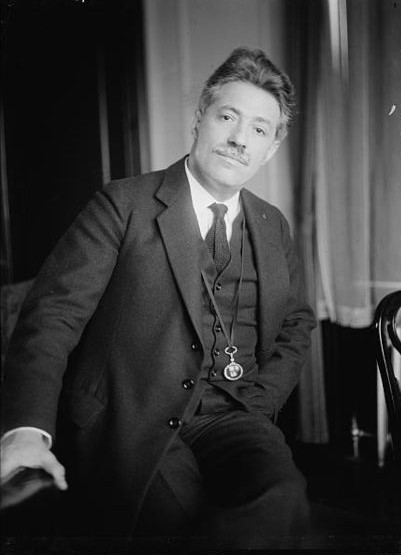 Fritz Kreisler. Photo is in the Public Domain.

First, a quartet by Fritz Kreisler, who established his reputation as a virtuoso violinist. His compositions, also well received, often mimicked specific styles of other composers. (Sometimes, Kreisler claimed the works were “discovered” works by the composer he emulated.) Kreisler wrote his String Quartet in A minor (1919) in his own voice – to show off his talent and style. The quartet serves as the perfect opportunity to hear the heart of the FAQ sound on display.

Since its founding in 1946, the Fine Arts Quartet has been led by only two first violinists – Leonard Sorkin and Evans. Now in his 33rd year with the Quartet, Evans traces his vision for the Fine Arts Quartet to the style of virtuoso violinists in the early 20th century – Kreisler, Mischa Elman, Jasha Heifetz, Jacques Thibaud and Jascha Brodsky – but especially Kreisler. “My goal has been to keep the divine, elegant playing tradition of Kreisler and company alive. I’m fortunate to have colleagues who share my aesthetic philosophy.”

A young performer, Catherine Manson, describes the ‘discovery’ of the Kreisler Quartet in a recent Music Works summer workshop.

“Kreisler was the first violinist in history to use vibrato as a constant basis of sound production so we had to set to work on discovering the secrets of that iconic vibrato which gave his playing its particular intensity and sweetness. However this is by no means the whole picture as this kind of vibrato also goes hand-in-hand with a very specific bowing technique in which economy of movement and focus of sound are also essential. In addition to this, the exact nature of the slides or ‘portamenti’ which are so much part of this style had to be studied until we felt they had been incorporated as a natural part of our musical expressive language.”

Manson has captured well the elements which have become natural to the FAQ as champion of this style in an era that has tended to forget it.

“As soon as cellist Wolfgang Laufer makes his first entry into the Quartet we realize that the beloved Viennese master violinist possessed a decided melodic gift, rife with “orientalisms” and shifts into modal harmony. The first violin part, here realized by Ralph Evans, enjoys a strong concertante presence, the texture’s often approximating a concertino status. When the cello joins the violin in the first movement: Fantasia duet, we can almost hear Kreisler and Casals in the Brahms Double Concerto. The Scherzo chimes in spiccato figures a step away from Tambourin Chinois. The phrase endings virtually melt into Viennese schlag, the viola (Nicolo Eugelmi) plying his own version of an Eastern chant over a drone bass. The unassuming Romanze: Allegretto conveys an easy sentimentality, rather a Hollywood sweetness appropriate for a Nelson Eddy/Jeanette MacDonald lyric. The last movement, Retrospection (Rueckblick) canters rather gaily in rustic syncopations, reminiscent of Brahms when cavorting in a gypsy mode. The Fine Arts players indulge in rubato and generous old-world slides Kreisler likely assumed would be a matter of course.”

Anton Bruckner wrote grand symphonies but very little chamber music. His only quartet, String Quartet in C minor (1862), has been labeled a student work. However, Bruckner was 38 at the time. He had arranged to study with Otto Kitzler to explore the nuances of orchestration. The result was polished, but not performed in Bruckner’s lifetime. Bruckner moved on to write extraordinary symphonies. But Evans argues that “once a person makes a name for himself in a certain style, something different is trivialized. Bruckner hadn’t fully developed his style (but the Quartet) has a lot of wonderful qualities as a classically oriented work.” The Fine Arts Quartet has also recorded this quartet.

As the FAQ’s long relationship with the UWM nears its end, this final concert of the Summer Evenings of Music series seems the ideal platform to realize the unique character of the ensemble. What may be familiar to local enthusiasts will come into sharp focus.

The Sunday, June 25 concert begins at 7:30 p.m. and will be preceded by a pre-talk at 6:30 p.m. Tickets are free for the series, but seating is assigned. Tickets may be reserved on-line at the UWM Peck School of the Arts box office or at 414-229-4308. The Zelazo Center is located at 2419 E. Kenwood Blvd. Parking is available in the Zelazo Center lot, to the south of the building, and in the Union parking garage across Kenwood Boulevard.

Three Academic Season concerts remain before the Fine Arts Quartet contract with the University of Wisconsin-Milwaukee ends: October 8 in 2017 and January 27 and 28 in 2018.