So maybe Republicans should embrace it as a solution. 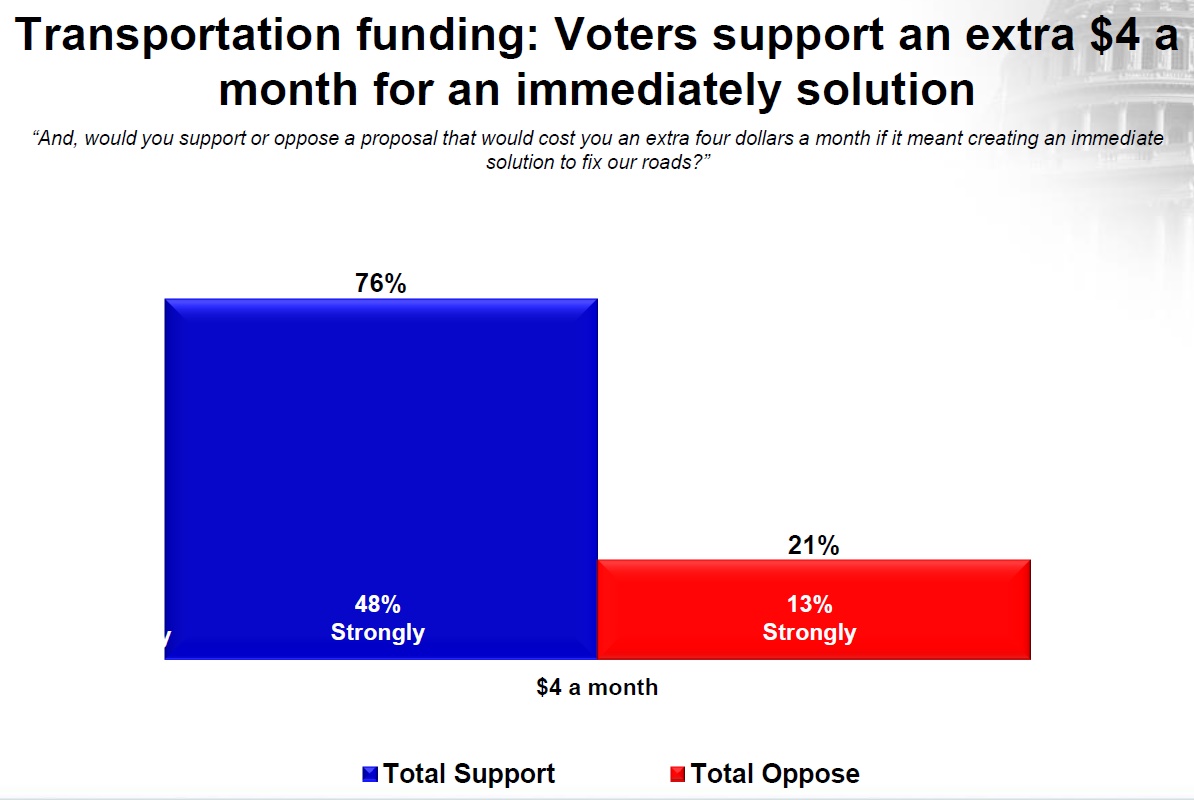 Voters support an extra $4 a month for an immediate solution.

The ground shifted a bit last week in discussions on transportation finance.

The TDA press release, and a memo from Ulm, reinforce those who favor a higher gas tax.  Some highlights: