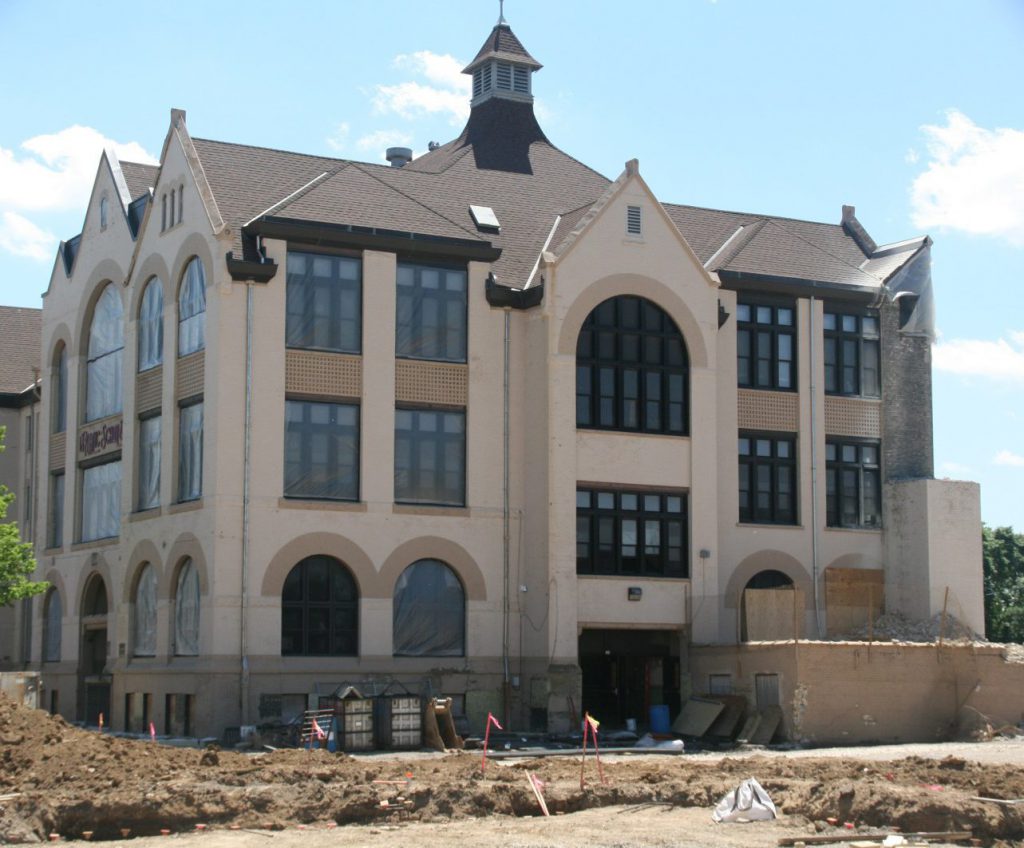 Big changes are coming to Bronzeville. A partnership formed by Melissa Goins‘ Maures Development Group and Joshua Jeffers‘ J. Jeffers & Co. is redeveloping the former Garfield Avenue School site into apartments and a new home for America’s Black Holocaust Museum. The development is the most substantial project in the Bronzeville district since the city created a redevelopment plan for the district in 2005.

When complete in 2018 the bifurcated project, known as The Griot Apartments and the Historic Garfield Apartments, will encompass virtually an entire city block bounded by W. North Ave., N. 4th St., W. Garfield Ave. and N. 5th St. The development team acquired the site, six parcels totalling 2.28 acres, from the city and the Redevelopment Authority of the City of Milwaukee for $1 each. Engberg Anderson Architects is leading the complex’s design and Greenfire Management Services is leading the general contracting.

The historic school redevelopment at 2215 N. 4th St, budgeted at $7.1 million, will house 30 of the 71 units. All of the units in the school will be set aside for families making 60 percent or less of the area median income. Engberg Anderson partner Mark Ernst told the city’s Zoning, Neighborhoods & Development Committee in November that “every classroom basically becomes a unit.” The gymnasium will become a community space. The units are intended to be marketed to the local artist community. The Garfield Avenue School, designed by Henry Koch, was originally built in 1887. Just a few years later Koch would go on to design Milwaukee City Hall and a number of other buildings in the city.

The new four-story building, to be developed on the northeast corner of the site, will house 41 rental units, 35 of which will have income restrictions, and the commercial space. The museum will occupy the first floor, nearly the same plot of land it sat on before closing in 2008. The new building has an estimated cost of $9.5 million.

The city is a key partner in the development. A tax-incremental financing district was created for the district that will contribute $1.435 million to the project. That funding will be recouped by incremental property tax payments on the site. The city also contributed in part by selling the land at $1 per parcel. Much of the land for the project was acquired by the city nearly a a decade ago, including the former museum building.

Financing for the development is being provided in part by $8.7 million from the Wisconsin Housing and Economic Development Authority‘s low-income housing tax credit program. The school redevelopment will also be financed by historic preservation tax credits, a $150,000 grant from the Housing Trust Fund, $305,000 from the Northcott Partnership and $300,000 in federal HOME funds. The new construction portion will receive a $250,000 community development investment grant from the state’s Wisconsin Economic Development Corporation, $200,000 from the Northcott Partnership and $525,000 from a Federal Home Loan Bank affordable housing program grant. All figures are from tax-incremental district project plan.

Because the project received more than $1 million in tax-incremental financing, the development team is required to hire Residents Preference Program qualified workers (un- or under-employed city residents) for 40 percent of the project’s work hours. In addition, 25 percent of the project’s costs must be executed with city-certified Small Business Enterprises. A partnership with the Northcott Neighborhood House is intended to help the development team achieve these marks.

The fact that Jeffers and Goins are both involved in this project should come as no surprise. Jeffers’ bread and butter is doing complex deals, most notably the redevelopment of the historic Mitchell and Mackie buildings. Goins embrace of complexity isn’t much different. The up-and-coming developer has been involved in a litany of projects across the city.

Redevelopment of the school is scheduled for completion by September 30th, 2017. The Griot Apartments will be completed in early 2018. 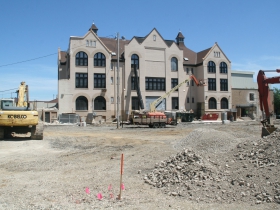 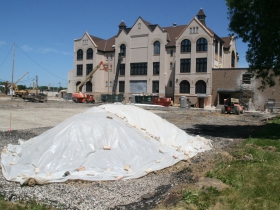 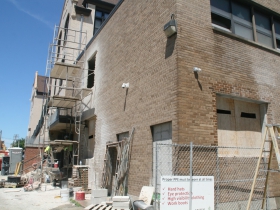 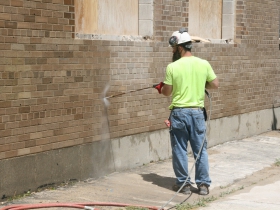 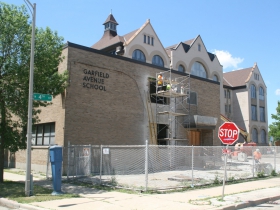 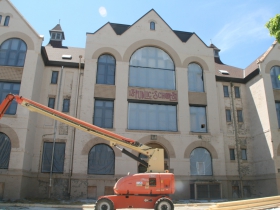 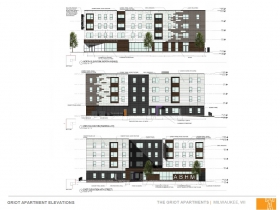 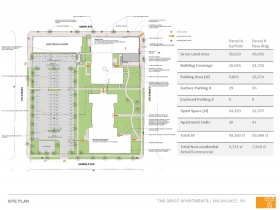