Plus: nitro coffee on three wheels and a PB & J place. 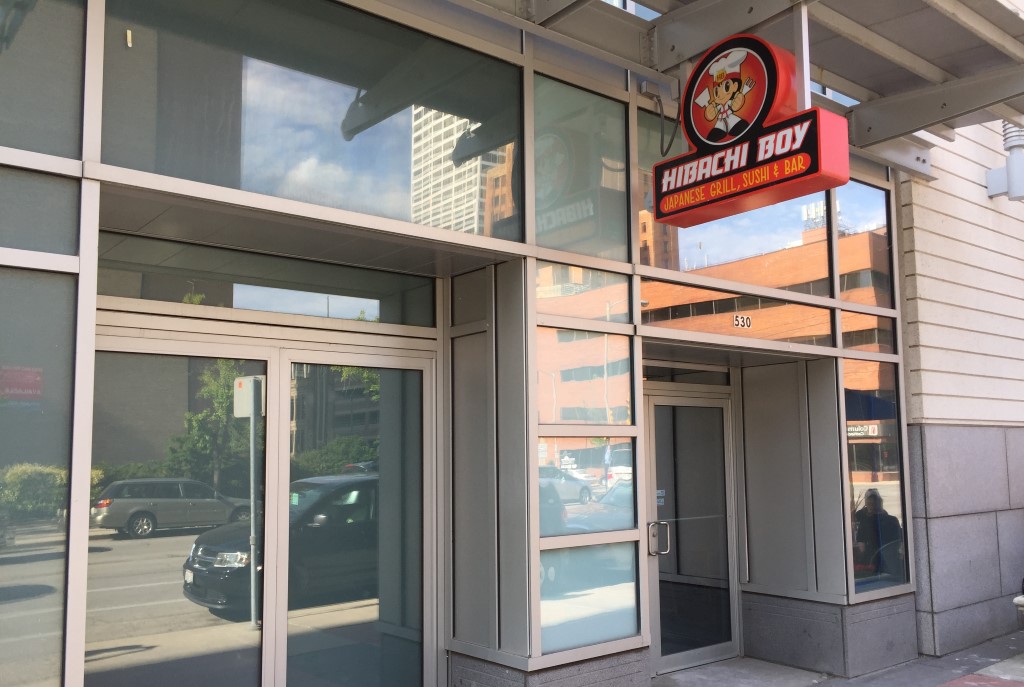 Another ramen hot spot will open this summer, adding to the growth of ramen restaurants in Milwaukee. Owner Nelson Szeto is originally from Hong Kong and hopes to have Artisan Ramen open by mid-summer. Pulling inspiration from ramen shops from around the world, Szeto says Artisan Ramen’s homemade noodles will set it apart from the competition.

The restaurant, he says, will specialize in ramen and plans to offer a variety of options including standards like tonkotsu (pork), chicken and vegetarian varieties. Appetizers like edamame and takoyai, a Japanese street food consisting of a battered ball often filled with octopus. Meanwhile, a full bar will feature Japanese spirits, sake, plum wine and Japanese beer.

Fredrich reports that the restaurant will have a “clean, sleek look and will feature both tables as well as seating in the bar and a lounge area at the front of the restaurant.”

Artisan Ramen will open at 530 E. Mason St. and will be open for lunch and dinner.

Urban Beets hopes to finish expanding its menu, seating area and hours by mind-July. The vegan-focused restaurant will add more hot items like vegan pizzas and veggie burgers to its menu along with breakfast items including waffles and desserts. The menu expansion will also include beer and wine in addition to their popular fresh juices and smoothies. The dining area expansion will increase dining space from 15 seats to 25 in hopes to attract a dinner crowd.

Owner Dawn Balistreri hopes to make aesthetic additions by having a hydroponic system for plants on the walls in the new dining space.

Despite all the changes, the restaurant will continue serving from the counter. Journal Sentinel’s Carol Deptolla offered more details:

The restaurant’s format basically will remain the same, with diners ordering at the counter in the new dining room, Balistreri said, but they’ll be given numbers and can take their seats while waiting for their orders.

After the expansion is complete, Urban Beets will likely be open all weekend and be closed Mondays instead of Sundays. Urban Beets is located at 1401 N. Dr. Martin Luther King Jr. Dr. and its new hours will be from 7 a.m. to 9 p.m.

From grilled cheese restaurants to mac and cheese shops, restaurants featuring childhood comfort foods are popping up all over the state. Mike Hottinger hopes to take customers back to their childhood with his new PB&J restaurant – The Peanut Butter & Jelly Deli.

Hottinger is planning to open the restaurant at 6125 W. Greenfield Ave. in West Allis by this fall and is seeking employees and city approvals.

Pilcrow coffee can now satisfy all your coffee needs on the go with their new bike carts. You can find the ‘Nitro Bikes’ serving Pilcrow’s cold brew Monday through Friday, 7 a.m. to 3 p.m. on Water St. and Wisconsin Ave., and in the Third Ward and Walker’s Point.

On the weekends, the bikes will mine the lakefront, pretty much going wherever the festivals and pop-ups are stationed.

Christenson explains that for those who don’t catch the bikes, owner Ryan Hoban opens the tasting room on the weekends for drip and tap coffee from 10 a.m. to 2 p.m.

Best Place at the Historic Pabst Brewery, 901 W. Juneau Ave. will add a coffee shop and bar to its space, among the already established tavern and banquet rooms. The new addition will take over the site of the former gift shop.

“This was a gathering space before,” he said in the hall, which now held only a few wooden chairs with a “P” engraved into their backs. “I figured this would be a natural place for a coffee shop and bar.” In face, it would considerably aid the traffic flow in the building, which can see periods of high demand.

When the coffee shop and bar are completed, Haertel hopes to refinish the two floors above Best Place in hopes of turning them into the most impressive parts of the complex.