The Glorious Sound of the Cello

By Marguerite Helmers - Jun 8th, 2017 01:17 pm
Get a daily rundown of the top stories on Urban Milwaukee 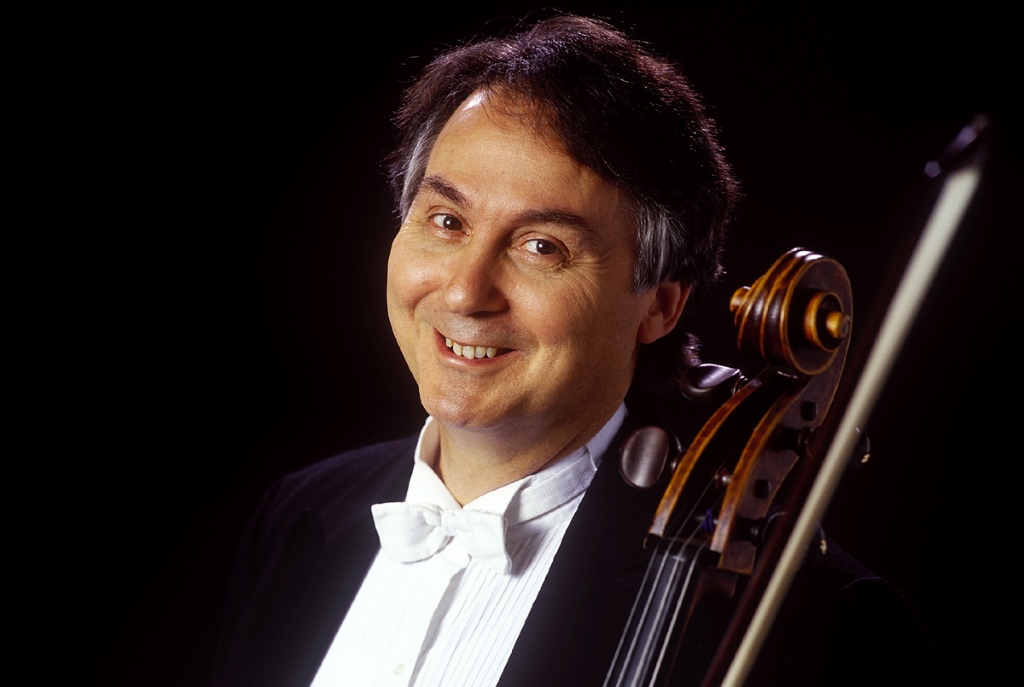 The Fine Arts Quartet returns to the Helene Zelazo Center at UWM for the second of their concerts in the Summer Evenings of Music this Sunday, June 11 at 7:30 p.m. Violinists Ralph Evans and Efim Boico, violist Juan-Miguel Hernandez, and cellist Robert Cohen will be joined by guest artist Ralph Kirshbaum, cello. Kirshbaum currently holds the Gregor Piatigorsky Endowed Chair in Violoncello at the University of Southern California‘s Thornton School of Music in Los Angeles. He is the founder of the Manchester International Cello Festival, a triennial concert series sponsored by the Royal Northern College of Music.

The concert opens with the Duet No. 1, Op. 53 for two cellos by Reinhold Glière. Known as “The Father of Soviet Composers,” Glière will be familiar to contemporary classical audiences for his rousingly popular “Russian Sailor’s Dance” (1927). That Glière was named an Artist of the People in Soviet Union tells us something about the nature of his music as well as his politics. He was interested in national folk styles, and spent much of his time collecting folk songs in the far reaches of the USSR. The duet on this program is the first of ten duos for two cellos, composed in 1911. It is a dark and mournful miniature, which American Record Guide called “richly resonant and demanding technically.”

Alexander Glazunov’s String Quintet in A Major, Op. 39 is the second work of the evening. Scored for string quartet and additional cello, the quintet is often programmed with Franz Schubert’s Quintet in C Major, which uses the same unusual instrumentation of paired cellos rather than violas. Glazunov was a wealthy and accomplished young man living in Russia when he composed in quintet in 1891. Barry Brenesal, writing in Fanfare magazine, notes that Glazunov was a chamber music aficionado. “His Thursday nights were devoted to performances at his own house, while on Fridays he joined a group of regulars at the estate of Mitrofan Belyayev. . . Most of the composer’s chamber works—and there were a lot of them—had their premieres on those evenings,” Brenesal commented in 2009.

The evening concludes with the popular Schubert String Quintet in C Major, D956. Although Schubert composed fifteen string quartets, he is known to have composed only one complete string quintet. An early biographer noted that the composer was “an original thinker in the field of instrumental discoveries” and described the quintet as “a perfect gem in music.” Schubert died two months after composing the piece, on November 19, 1828.

Aside from the identical instrumentation of their quintets, there are perhaps shared experiences that link Schubert and Glazunov. In early 1828, Schubert organized a special concert in Vienna, marking the anniversary of Beethoven’s death. One hundred years later, in 1928, Glazunov traveled to Vienna for the Schubert centenary celebrations. That trip marked his decision to remain in Western Europe rather than return to Stalinist Russia. He lived out his days in Paris. By contrast, in the Soviet Union in 1928, Glière had just completed his celebrated nationalist ballet The Red Poppy.

Although the three composers whose works appear on this program are separated by time, nationality, and political sentiment, they share an interest in the deep sonorities of the cello. Each piece brings out the rich resonances of the instrument.

Concerts in the Summer Evenings of Music series take place June 11, June 18, and June 25 at the Helene Zelazo Center for the Performing Arts, 2419 E. Kenwood Blvd. Concert time is 7:30 p.m, preceded by a talk at 6:30 p.m. The admission for the summer concerts is free, although it is advisable to book tickets in advance through the box office. Details of the concerts are posted on the Peck School website. Tickets may be reserved on-line or by calling 414-229-4308. Parking is available in the Zelazo Center lot, to the south of the building, and in the Union parking garage across Kenwood Boulevard. Parking is free on Sundays.