Developer of Brady Street apartment building is already planning another. 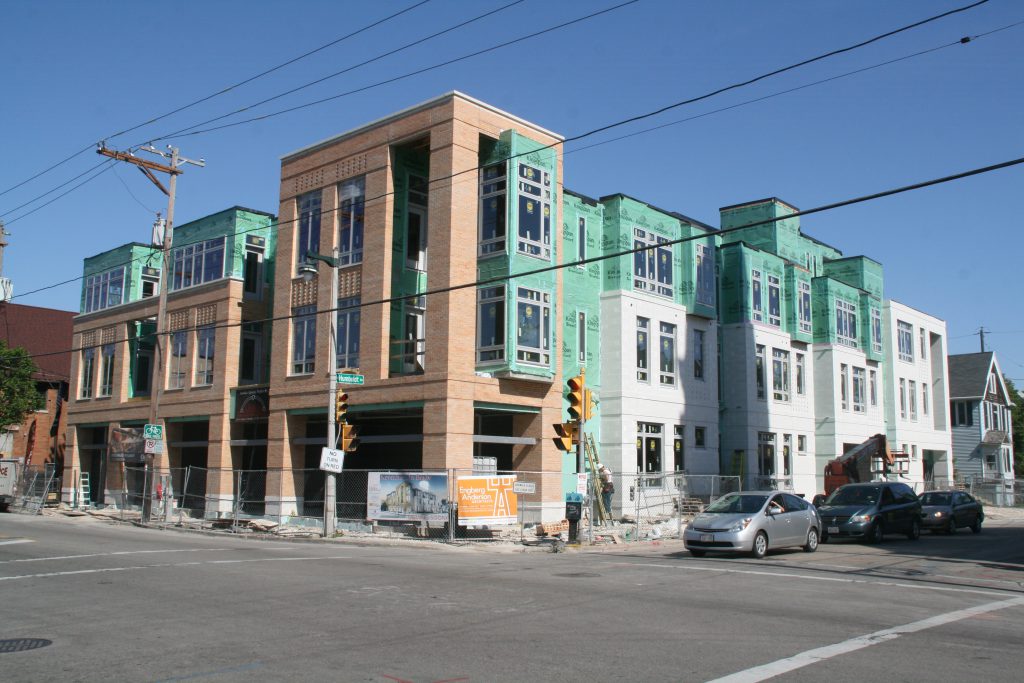 A new mixed-use building on E. Brady St. is nearing the finish line. The Keystone on Brady complex will bring 22 apartments and a 3,300 square-foot commercial space to the heart of Milwaukee’s Lower East Side. Ogden Multifamily Partners is developing the project and serving as their own general contractor through the firm’s Ogden Construction arm.

Design of the building is being led by Tim Wolosz of Engberg Anderson. North Shore Bank is providing financing.

The L-shaped building at 1701 N. Humboldt Ave. includes four levels, although the fourth floor will only contain a club room and fitness center.

The apartments will be a mix of studio, one- and two-bedroom units. Twenty-three vehicle parking stalls will be located in the building.

A one-story, 2,270 square-foot building on the site was demolished to make way for the development. As opposed to the traditional golden shovels event to kick off construction, Ogden let dignitaries take swings with gold-painted sledgehammers.

Will it destroy the character of Brady St? Area alderman Nik Kovac doesn’t think so. After taking a few swings with a sledgehammer at the June 2016 event, Kovac told me: “I think this is a great building, and it came out of many different and often conflicting opinions about what should be here. But at the end of the day I think it’s well designed. It will be a new icon on an iconic street.”

Judging by the progress being made on the project, the building will likely be finished before the end of summer.

Ogden apparently feels the market is strong enough to support another apartment building in the area. News broke this week that the firm is gearing up to build a 30-unit apartment building a few blocks northwest at 910 E. Land Pl. That site is currently partially covered by a single-story, cement-block garage.

The Milwaukee development firm will find the approval process substantially easier for their second building. The site isn’t part of a historic district, and their proposal meets the existing zoning code for the site. The firm will be able to begin construction on the building without any public meetings.

Construction on the second project is expected to begin in the coming weeks. It remains to be seen if Ogden will bust out the gold-plated sledgehammers again. 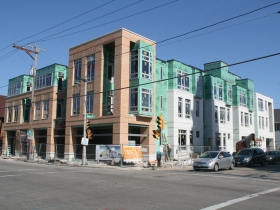 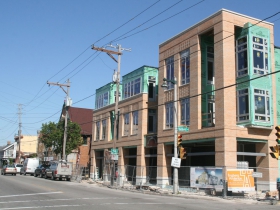 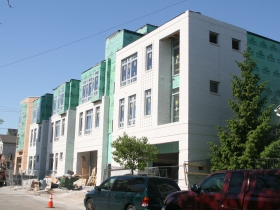 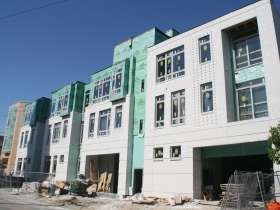 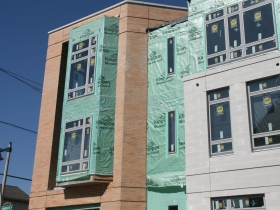 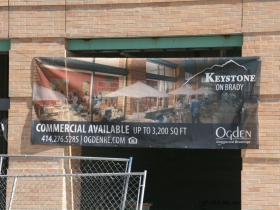