One serves sandwiches, one serves soup. Results yummy in both cases. 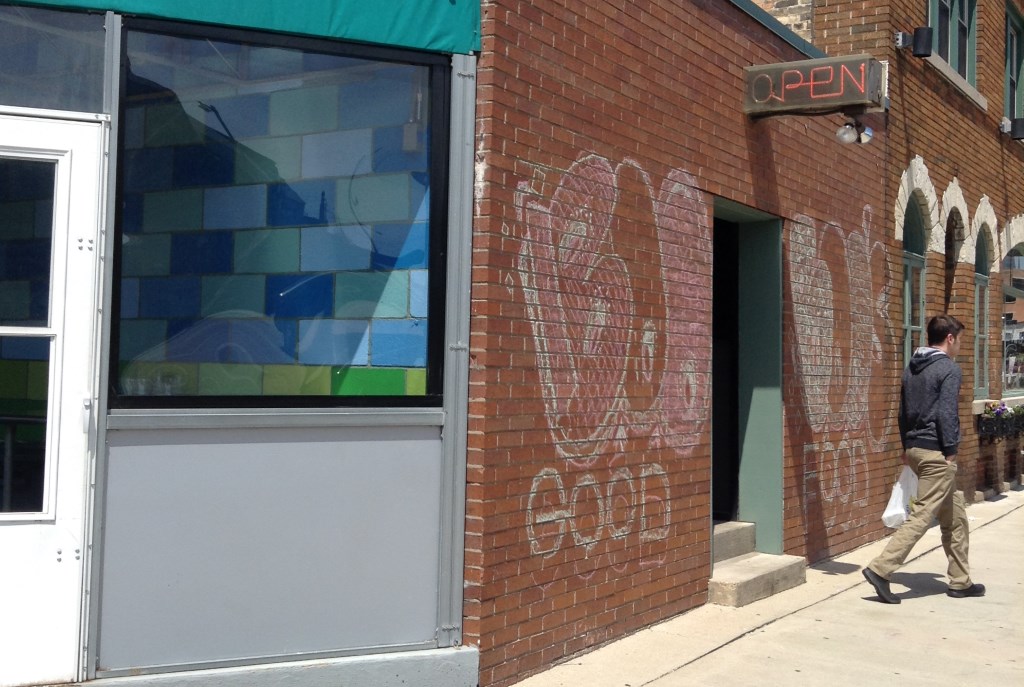 When Philly Way shut its doors last summer, Richard Regner snapped up the tiny space on S. 2nd St., just around the corner from Soup Bros., his longtime soup restaurant at 212 W. Florida Street. Less than a year later, Milwaukee has Boo Boo’s, a sibling, a perfect foil to the already popular Soup Bros., where Regner has acquired a following of loyal soup aficionados since 1998.

Customers and that included me, raved about the bread Regner served alongside the soup. At Boo Boo’s, he’s taking his house-made bread to the next logical step, sandwiches.

I doubt the recipe for Braunschweiger and Onion Sandwich served on a grilled baguette came up at the Culinary Institute of America where Regner trained, but the flavors are pure Milwaukee. As a companion noted, “If you don’t like it, you’re not from Milwaukee. Everyone here grew up eating some variety of this sandwich.” I thought it needed more mustard and more onion to mask the strong flavor of the braunschweiger, but then I’m not from Milwaukee, so what do I know about something I call liver sausage. 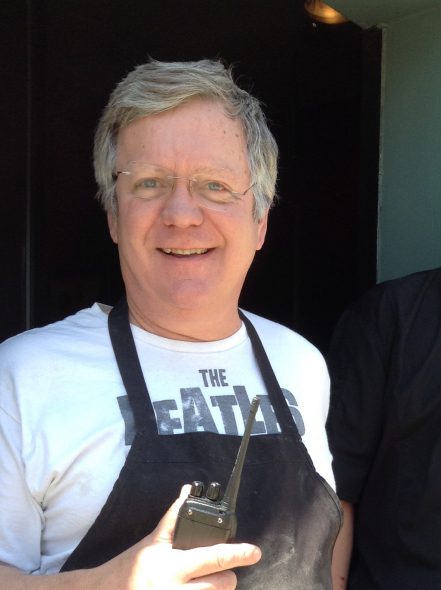 There’s only so much I can write in a review about sandwiches. After that caveat, I will say Regner has a lot going on his quest to bring interesting sandwiches to his customers. Half the fun of eating at Boo Boo’s is Regner. His buoyant personality fills the café with good cheer as he chats up the customers while working the grill.

Many come for the Philly Cheese Steak, which he offers to pay homage to the former restaurant. It could easily qualify as lunch for two. A grilled baguette, cut in half, stuffed with tender, juicy, thin-sliced steak, pops with flavor. The addition of sautéed onions, peppers, and mushrooms gilds the mix and if that’s not quite enough, Regner adds a generous mash of Cheez Whiz. This is not Kraft processed Cheez Whiz full of xanthan gum, carrageenan, and “flavor” compounds. Regner’s Cheez Whiz, made in house, blends many flavors to properly embellish the tender steak.

Tuna Salad Sandwich, also served on a baguette, transformed canned tuna into a mix that traveled far beyond the ordinary boorish, soggy white bread lunch box sandwich from my childhood. Regner adds a hint of soy sauce, plus the usual mayo, cucumber, and celery. For a tangy surprise, capers, lots of them, ramp up the flavor of this uncommon tuna salad sandwich.

The Jamaican Pork Loin Jerk Sandwich, also served in a grilled baguette, had a pile of thin-sliced meat gently infused with jerk seasoning. Without exaggerating, I believe there was at least a half pound of meat tucked inside that bun. One thin slice of provolone, lost in the flavors of the meat, could have been omitted. Instead, I wanted something to pull it all together, melty, cheesy, oozy, like the Cheez Whiz in the Philly Steak Sandwich.

All the sandwiches cost from $7.00-$9.00 and come with fries, impossibly crunchy fries lightly sprinkled with parmesan. If they taste familiar, it could be because Regner, a fan of Oscar’s on Pierce, wanted to serve fries equally impressive. After he studied the art of the French fry and after extensive experimentation, he serves his take on Oscar’s fries: crisp, mildly salty, addictive.

For now he’s kept the menu short, but like everything else at Boo Boo’s, it’s a work in progress. Fried Bologna and Onion, another locally cultivated taste, Genoa Hard Salami, a Hamburger your way, and with a brief nod to vegetarians, a sandwich with Brie, Avocado, and Tomato, complete the current menu on the board.

Boo Boo’s, a tiny restaurant, much like its sibling Soup Bros., has counter seating for three that overlooks the action at the flat-top grill. A four season patio, a carry-over from Philly Way seats another 16 at four tables. This is a happy place where bright colors and organic shapes decorate the walls. On the patio an electric fireplace flanked by repurposed bricks dominates one end of the room and an etched fleur-de-lis design on the floor adds a classy touch. Shades of blue, green, and yellow painted on the brick wall add more colorful details.

Regner plans a delivery system, yet to be designed, to get sandwiches from the kitchen to the patio. For now, attention must be paid as someone, usually Regner, calls out sandwich orders from the front room as they exit the grill. There is no table service.

Also yet to come is exterior signage, which will soon add to the “Open” sign, the only suggestion from the street that this could be a restaurant. Regner also plans to do something with the big blank red brick exterior wall but for now, chalk letters spell “Good Food.” That might be enough. Boo Boo’s serves plain sandwiches with a local twist on seriously good, freshly made bread in an unpretentious space.

People looking for frou-frou should go somewhere else. 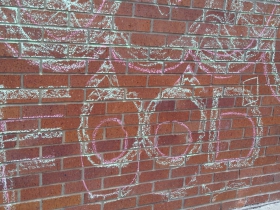 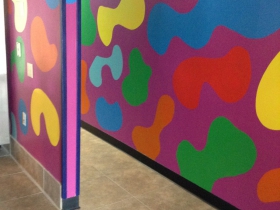 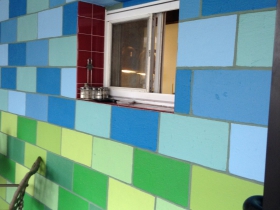 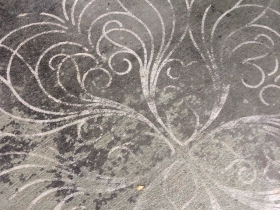 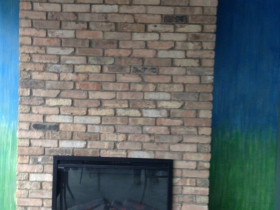 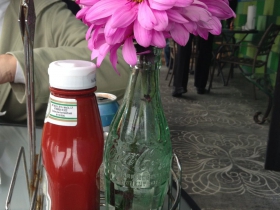 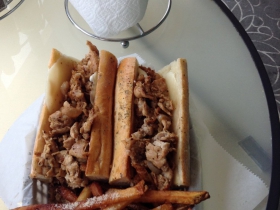 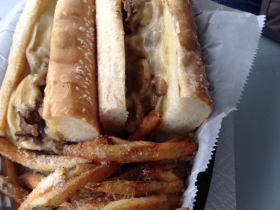 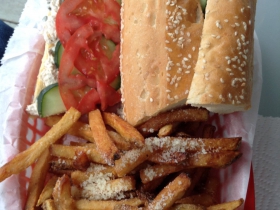 One thought on “Dining: Boo Boo’s Is Partner to Soup Bros.”