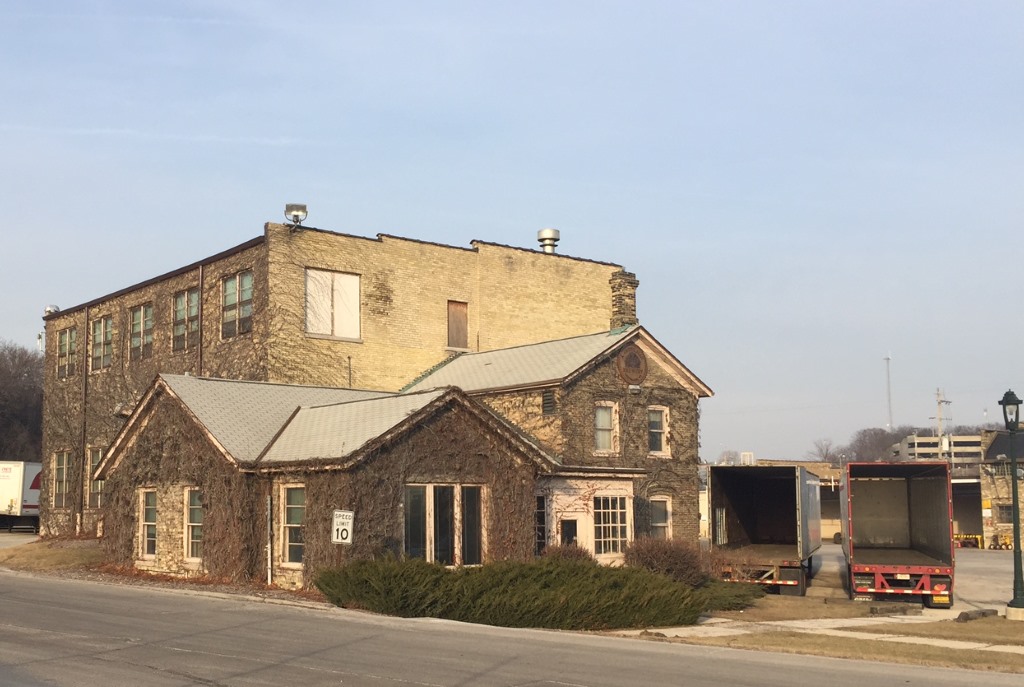 The Historic Preservation Commission didn’t waste much time Monday in approving a permanent historic designation for two Gettelman Brewery buildings. The commission took less than a hour, including public testimony, to make the decision. The buildings, which were given a temporary historic designation in late April, date back to the late 1850s and include an underground beer cellar. MillerCoors, which owns the buildings, wants to demolish them to make way for an expanded parking lot. And although the permanent historic designation sounds powerful, it might mean little if MillerCoors appeals to the full Common Council, as one commission member warned the company would.

The smaller of the two buildings served as a long-time home for the Gettelman family dating back to 1856. Fritz Gettelman, who became president of the brewery in 1929, invented a number of innovations in the home, including a steam brush bottle washer, glass lined storage container, ice cutter and farm tillage machine.

The larger of the two buildings served as a malt house for Gettelman and was later used as a warehouse by Miller. It has been vacant for a number of years. A beer cellar, used before modern refrigeration was invented, is located beneath the building. Much more of the buildings’ history can be found in the 25-page HPC staff report.

MillerCoors will likely to appeal the matter to the full Common Council. The council purview on the matter is much wider than the Historic Preservation Commission’s, which isn’t empowered to consider economic arguments. The next battleground will be at an upcoming meeting of the council’s Zoning, Neighborhoods & Development Committee.

Ultimately, the full council must approve any permanent historic designation. Should the council do so against MillerCoors’ wishes, the brewing giant could still apply for a Certificate of Appropriateness to demolish the buildings. The Historic Preservation Commission would hear that application first, and likely deny it, but MillerCoors would be able to appeal that decision to the full Common Council.

Alderman Robert Bauman, who serves on the commission, summed up the issue in his remarks before moving to approve the permanent historic designation. “The clear intent here is to to demolish this building. We can do this designation, and they’ll probably appeal it to the council. They’ll probably win that battle. But if they don’t they’ll come with a request for a [certificate of appropriateness] for demolition. They have no intention of saving this building unless the council denies their appeals.”

“We’re fighting a very big entity here,” he added. “If you don’t like what they do don’t drink their product.”

MillerCoors has applied to raze the buildings as part of their “State Street Yard Reconfiguration” project. Attorney Brian Randall of Friebert, Finerty & St. John, explained to the commission at the temporary designation hearing how the brewing giant has increased its Milwaukee production and needs the space to increase employee safety and allow for more trailer storage. Randall noted the company is currently storing trailers off-site and having to truck them to the massive brewery.

At the temporary designation hearing MillerCoors Chief Legal Officer and head of the Milwaukee campus Kelly Grebe told the commission the brewery has invested millions in historic preservation, including the Miller Caves and Miller Inn. She noted that three other Gettelman buildings would remain after the proposed demolition, including the bottle house, which is now a health and fitness center. In addition, the employee beer sales facility (employees get three free cases of beer a month, plus more for Christmas and their birthday) is housed in a former Gettelman building, as is a company warehouse.

But her testimony didn’t impress Bauman, who stated that “everything you’ve told us is essentially irrelevant to the temporary designation.” Bauman noted that economic arguments are not relevant to the commission’s purview regarding temporary historic designations.

Will those arguments hold water with the Common Council? We’re about to find out.

One thought on “Eyes on Milwaukee: Gettelman Buildings Saved for Now”