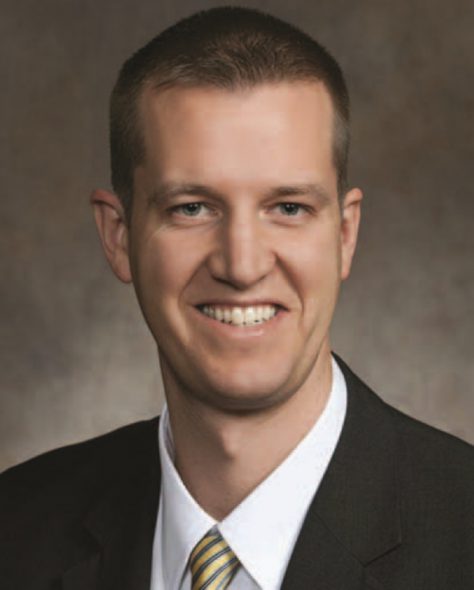 Dale Kooyenga. Photo from the State of Wisconsin.

Nice try, Dale. But remember that old saying, “If you think you’re leading, but there is no one following, you’re just out for a walk.”

Republican Rep. Dale Kooyenga of Brookfield, a leader of the Legislature’s CPA caucus, has worked to reform the personal income tax since he joined the Assembly in 2011. If Kooyenga had his way, you’d pay a flat 3.9 percent income tax on your adjusted gross income by 2029, and you would file that tax on a postcard.

Sure, Kooyenga conceded, to get to that flat tax, you must abolish some popular tax breaks over the next 10 years – the Married Couple Credit, the Property Tax/Rent Credit, the First Dollar Credit, the Itemized Deduction Credit, and a tax break on capital gains.

But Kooyenga’s vision of our state income tax is a $2.7-billion cut by 2029, and a cleaner, fairer tax system. Plus, a tax rate of 3.9 percent is less than 4.3 percent, which was the net effective personal income tax rate in 2015, according to the Legislative Fiscal Bureau.

Legislative leaders respected Kooyenga enough to let him take the lead on tax-reform, knowing they would have to consider it sooner or later. Kooyenga is also the second most powerful Assembly Republican on the budget-writing Joint Finance Committee.

Then, last fall, Assembly leaders came to Kooyenga and asked him to also draft a long-term fix of transportation funding, since the state Transportation Fund faces a $1-billion cash shortfall by mid-2019.

Kooyenga agreed, but apparently added two conditions: He could roll out his tax-reform and transportation-funding changes as one package. And, there is no way he and other Assembly Republicans would agree to Gov. Scott Walker’s request to borrow $500 million more to continue some major highway projects.

Paying off $500 million in new road-maintaining bonds would cost taxpayers a total of $750 million, Kooyenga said last week. That additional $250 million should be spent on highway projects – not in interest payments to investors, he added.

Kooyenga grudgingly accepted his transportation-funding assignment, and got his fellow Assembly Republicans to offer this package: Lower the 30.9-cent gas tax by 4.8-cents. Charge the 5 percent state sales tax on gas purchases. Lower the 9.18 percent minimum markup charged at the wholesale level on gasoline and other items to 3 percent. Cut Walker’s proposed new borrowing by $300 million.

No, Kooyenga said repeatedly, he could not promise that gas-prices will go down, if his changes became law. But, he said, he had every reason to believe that the package alone would not cause pump prices to go up.

Since Kooyenga is a captain in the U.S. Army Reserve, let’s use a military term for what happened next: his plan became the target in a free-fire zone. The firing from Democrats was predictable, but Kooyenga and other Assembly Republicans were surprised at the quick, deadly shots from other Republicans.

Walker dismissed Kooyenga’s plan as a “massive” and “sizeable” increase in gas taxes. “If people are buying fuel for their vehicles, their cars and trucks, that is a net tax increase of $433 million, which obviously to me is problematic,” he told a Milwaukee Journal Sentinel reporter.

“Property taxes would be $79 higher on a median-valued home compared with your budget,” they said.  And, it “could result in increases for many income tax filers, including middle-class taxpayers.“

Senate Republicans waited a few more days to pronounce judgment on Kooyenga’s plan, but then also went thumbs down.

With the next state budget due on Walker’s desk in seven weeks, “indifferent” means “no way.”

Thank you for your service, Capt. Kooyenga.