The Legacy of Mama Freeman

Street renaming would honor her impact on Garden Homes area. 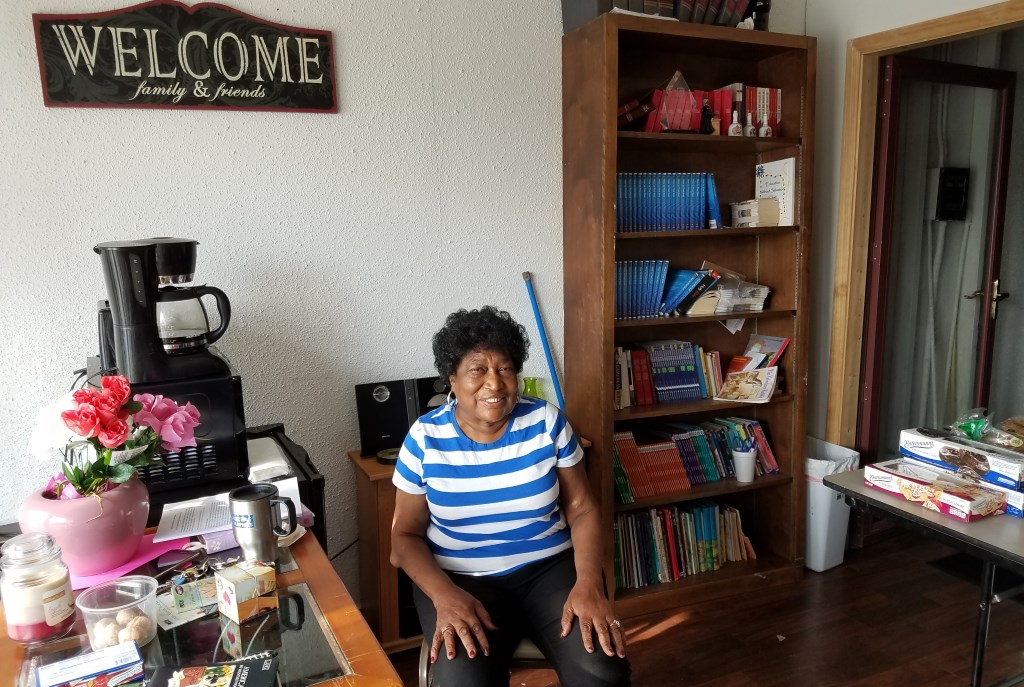 In the Garden Homes neighborhood on the north side of Milwaukee, there’s a street that has generated a lot of trouble and notoriety over the years. Locals call it “The One Way,” and while it is a one-way street, the nickname also arose because a single trip on it will get you anything you want – drugs, guns and prostitutes.

The street’s real name is “Port Sunlight Way,” which is ironic given its reputation as a dismal and destitute, crime- ridden corridor of Garden Homes. 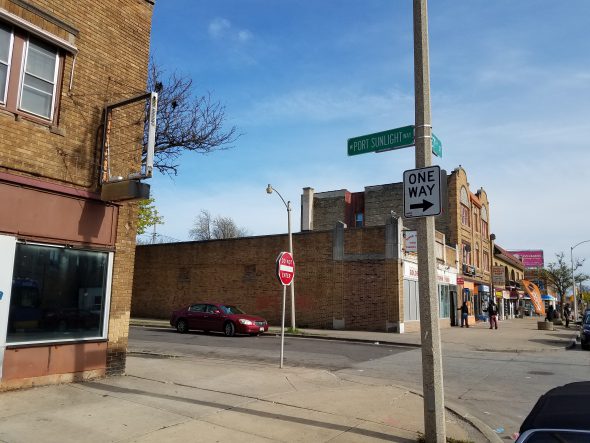 But in the coming months, Port Sunlight Way — which runs about two blocks between 25th and 27th streets, just a few blocks south of Hampton Ave. — might just win a new name; one which tells a story about the unconditional love that a 77-year-old grandmother has for her neighborhood and the respect it’s given her in return.

Charlotte Taylor and other residents of Garden Homes have submitted an honorary street name application to the city in hopes that Port Sunlight Way will be called “Mama Freeman.”

Martha Freeman, or “Mama,” as many people call her, moved to the Garden Homes neighborhood in 1969 with her five children. Freeman says that at the time, she was a part of a church called Crossroads, which helped her make the down payment on her home.

“I moved in and I was so grateful,” says Freeman. “I just would sweep the sidewalk and wouldn’t even let a piece of paper drop down… I was so happy to have the house.”

Between now and then, as Garden Homes residents noted in the application to the city, Mama would bring pillow cases to the park for sack races. She would buy watermelons for contests and create both a stage and runway from the front porch of her house to the park for talent shows.

Mama would lead cleanup groups through the neighborhood and make peanut-butter-and-jelly sandwiches for the kids after prayer and Bible studies. In the summertime, she would bring the TV out on the porch, which eventually turned into an outdoor theater of sorts as kids from all over the neighborhood gathered round.

“It didn’t take long to get to know all of them,” says Freeman. “And then once they grew up they had children, so I got to know their children too.”

Taylor says that Mama was always in the business of helping others. She was a crossing guard, a middle school teacher, director of a treatment center, a private detective for a criminal defense attorney and finally retiring after 20 years as an officer of the Milwaukee County House of Correction.

“She’s been a mother to the area of 27th and Atkinson,” says Taylor. “When some of us were sent to the House of Correction we were ashamed to let her see us,” she noted in the application to the city.

For some, the first thing that comes to mind when they hear “Mama Freeman” is a fearless grandmother known to have driven through the middle of craps games, de-escalate fights and even take guns from trouble makers.

Freeman recalls a night back in 1989 when she was on her way home from a third-shift job. As she pulled up to her home, she noticed a group of people at the park across the street. When she approached them, she saw that a man had a gun to another man’s head. She then found out the man with the gun was upset because the other man had allegedly messed around with his wife. Freeman said she calmed the man down and explained that killing him wouldn’t solve the problem.

“I ended up getting his gun from him,” said Freeman. “Both of them came to my house and sat on my living room floor, I had each one sitting on either side of me. We talked all night long until they got it straightened out.”

Freeman sparkles with joy recalling how she remained in contact with both men. According to Freeman, the gunman would go on to become a minister while the other man moved to Chicago and became employed by the city.

Freeman said that back in the day, people use to gamble on the picnic tables in that very same park. She would often interrupt their games by sitting right in the middle of the table. 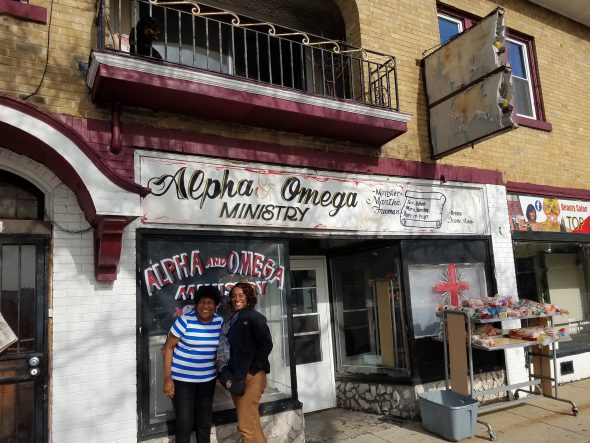 “They would start laughing, but it works,” she notes. “It breaks up their game.”

Mama Freeman’s reputation as a peaceful protector is so widespread among the community that people will sometimes grab her before they call the police. She’s loved, respected and is certainly not one to disappoint.

“I think that’s what makes the difference, because people can detect that I’m serious and that I am not putting them down,” says Freeman. “That I’m really caring – caring about the shooter as well as the one that’s going to be shot.”

Now that she’s retired, Freeman spends most of her time handing out bread and doughnuts at Alpha Omega Ministries, which is a church she owns just off of Atkinson on 27th street.

Sitting in a chair, Freeman watches through the front window and waves at familiar faces as they pass by. Some pick up bread in the bins just outside the door while those with more courage venture inside where she keeps all the sweets.

A man in his early 20s walks in, greets Mama Freeman and then asks politely if he can have some doughnuts to which she delightfully replies, “of course.”

It’s evident they know each other well. He offers to help her with chores around the house and just before he leaves Mama Freeman says, “Don’t you want some for your friend?” 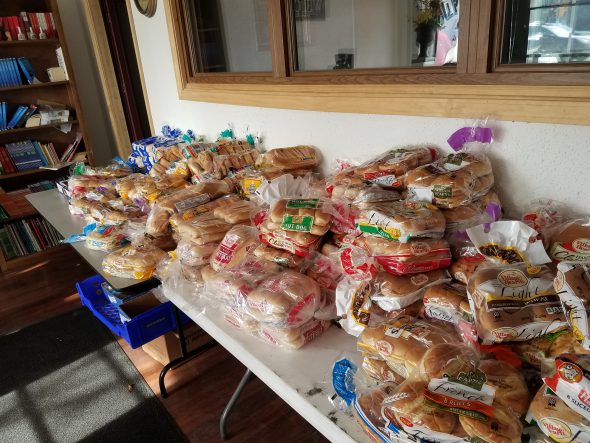 Bread to hand out. Photo by Brandon Anderegg.

He grabs another box, says thank you and out the door he goes.

“That’s the part I like the most because it keeps me in touch with them,” says Freeman. “So if I see them getting ready to get into an argument or a fight, I don’t have to worry about stepping in and talking to them.”

Freeman is aware that she often puts herself in harm’s way. Yet, she is so acquainted with the members of the community that her reputation serves as a kind of bullet-proof vest.

Though the Garden Homes neighborhood is doing better these days, Taylor says, there is still a lot more to be done to clean up the area. She hopes that the honorary street name will remind people of all the good that Mama Freeman has done for the neighborhood.

Freeman says she is honored and that it feels good to be a part of the change. In the meantime, Freeman will continue watching through the front window of her church, and using her free food offerings as a way to build trust.

“Like I said, the doughnuts give me a chance to ask questions,” she says. “You start out getting acquainted, you know, and even if I don’t know them they’ll come by and wave.”