Is Kohler considering opening a distillery? 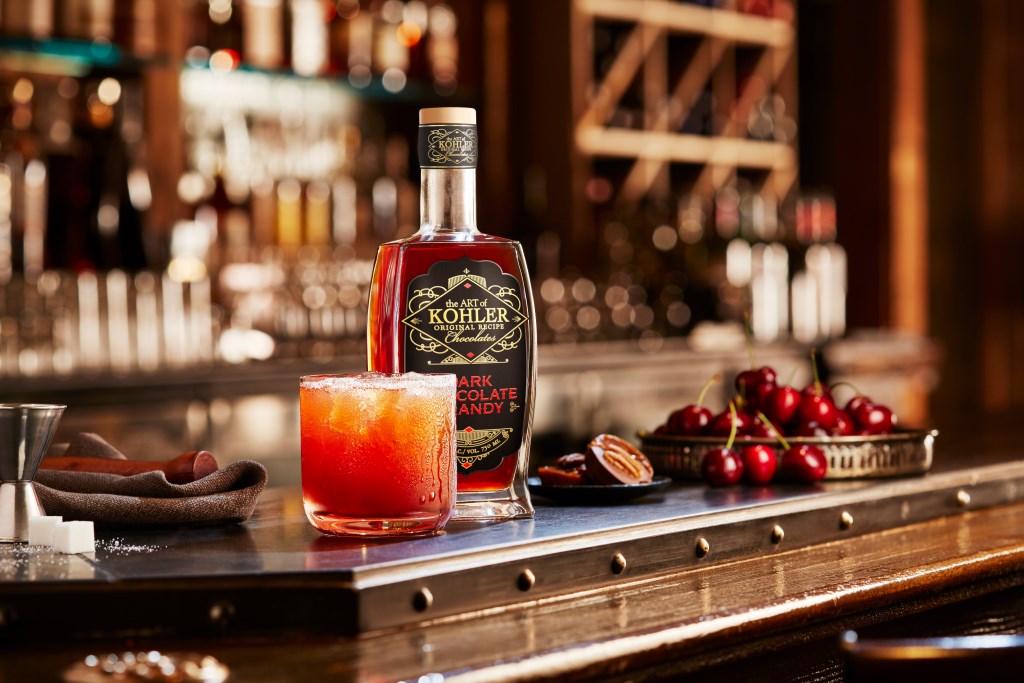 The Kohler Company has hired three Michael Best attorneys to lobby for unspecified “changes to Wisconsin’s alcohol beverage statutes,” according to a January, 2017 filing with the State of Wisconsin Ethics Commission.

For those familiar with Kohler only from trips to the bath and kitchen, this might be news, and it underscores the diversity of the privately-owned $6 billion company’s many interests.

The Hospitality Division includes The American Club Hotel, Blackwolf Run Golf Course and Whistling Straits Golf Course, site of the 2020 Ryder Cup. These facilities along with other Kohler properties including River Wildlife Lodge, Cucina and Riverbend Resort all serve alcohol.

But this does not answer why Kohler seeks a change in the law.

There are thousands of Class “B” tavern licenses in the state, and nothing about the Kohler operations seems to set them apart from the others, so we must set our sights elsewhere.

It is worth noting that Kohler is the 61st largest privately held corporation in the U.S. and is headed by billionaire Herb Kohler, who was responsible for the expansion of the plumbing company founded by his grandfather in 1873 into such far flung realms as St. Andrews Scotland, the birthplace of golf, where Kohler owns the Old Course Hotel, Golf Resort & Spa in St. Andrews, Scotland.

His golf courses and resorts in Scotland and the United States demonstrate Kohler’s absolute control of his company. The man can will new products into existence on a whim. (Remind you of a certain U.S. president?)

Kohler also has a sweet tooth, it appears, and in 2007 he wondered why the heck a fellow couldn’t buy a decent chocolate pecan caramel turtle like you could in the old days. So he ordered his pastry chefs at the American Club to experiment with various recipes until they came up with one that satisfied the boss.

Over one hundred batches later, Kohler Original Recipe Chocolates was born, and the accountants at Kohler added another profit center to the firm’s ledger.

From Chocolate to Liquor 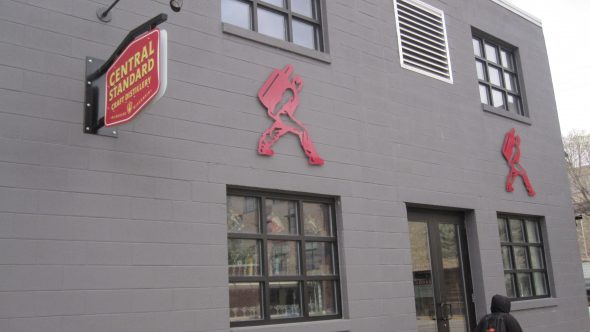 The products are a hefty 70 proof, and are rectified for Kohler in Milwaukee by the Central Standard Craft Distillery, 613 S. 2nd St. The distillery opened in 2014, and in January announced a second $1.1 million, 10,000 square foot facility at 2330 W. Clybourn St., now under construction.

Distillery owner Evan Hughes says he has no idea why Kohler is seeking a change of alcohol beverage statutes, adding that his relationship with Kohler is simply a contractual one.

However, relying upon another firm for a product his own could produce itself is not a hallmark of the Kohler management style. Unlike the president, who would license a company to make something and declare it the finest in the world regardless of quality simply because it bore his name, we have seen that Kohler is more deliberative.

As Central Standard Craft Distillery says of the Dark Chocolate Brandy on its website: “A true collaboration with the Kohler family, the final batch is the result of numerous batches and tasting panels to get it just right!”

Why Not His Own Distillery?

This raises the question of why Kohler does not simply open his own distillery at his resort in the village that bears his name, and may explain the lobbying effort underway in the legislature. The answer is, as state law stands now, he can’t open his own distillery due to his ownership of his Class B licenses at his hospitality destinations.

According to 125.69(1)(b)1. of Wisconsin Statutes, “Restrictions on dealings between manufacturers, rectifiers, wholesalers and retailers:

no intoxicating liquor manufacturer, rectifier, winery, out-of-state shipper permittee, or wholesaler may hold any direct or indirect interest in any “Class B” license.

Thus, as the law stands now, if Kohler were to open his own distillery, he would be obliged to surrender the dozen or so Class B licenses that must produce considerable revenue at his restaurants, resorts, clubs, golf courses and lounges. Two individuals who hold alcohol beverage manufacturing permits and are not involved in the Kohler product confirm that they have heard that Kohler is seeking a change in this statute.

If so, this would represent a profound change in state law, and a broadside attack at the “Three-Tier” system of manufacturers, wholesalers and retailers that has existed since the end of Prohibition.

There are limited exceptions to the law. For example, alcohol beverage manufacturers may sell their products at retail from their facilities, and “A winery that has a permit under s. 125.53 may make retail sales and provide taste samples on county or district fair fairgrounds,” but what Kohler appears to be seeking is quite a bit more than that.

It would be hard to imagine such a law being successfully drafted solely for Kohler’s benefit, and it would likely have to be structured to include the entire industry, which would be quite a change indeed.

The Kohler Company did not respond to a request for comment on this story.

One thought on “Plenty of Horne: Kohler Seeks Change in Liquor Law”