Manufacturing and Agriculture credit goes to wealthy, not to job creation.

Governor Walker delivers remarks at Wisconsin Manufacturers and Commerce’s Business Day in Madison, 2013. Photo from the State of Wisconsin.

Illogically, Williams, whose analysis compares employment trends in counties along the Wisconsin borders with neighboring states, attributes all net manufacturing job creation in Wisconsin since 2013 to the MAC. Yet there are no job creation requirements tied to receiving the tax credit and there appears to be no other documented instances in state and local development literature of a business tax cut having an economic impact of similar magnitude.

According to other economists who have examined the employment data, there is no evidence that the MAC has boosted Wisconsin’s standing among states in year-over-year manufacturing growth. There are significant flaws and critical analysis problems with Williams’ paper, as detailed below: 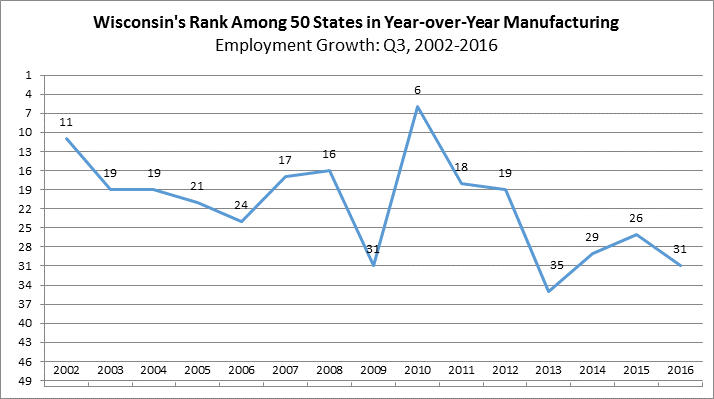 Other important notable facts that were left out of Williams’ analysis:

At a time when President Trump and my Republican colleagues are obsessed with “fake news” they should be more concerned with this “fake study” they’ve been touting. This study provides no evidence the MAC tax credit has boosted Wisconsin’s economy.