Rep’s Jane Eyre Will Surprise You 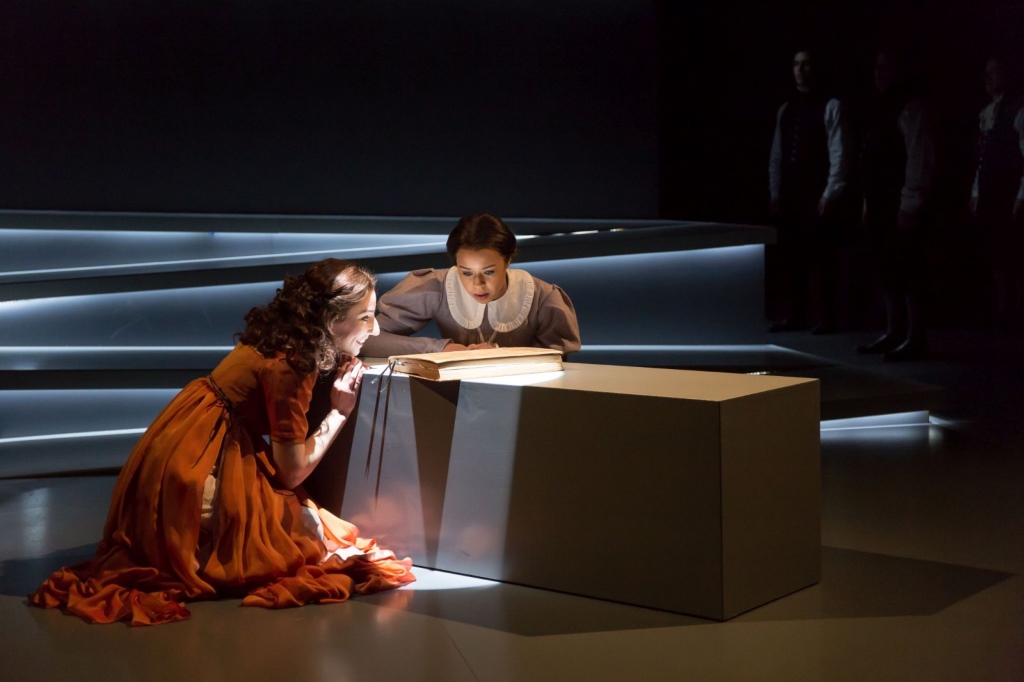 Milwaukee Repertory Theater presents Jane Eyre in the Quadracci Powerhouse from April 25 to May 21, 2017. From left to right: Rin Allen and Margaret Ivey. Photo by Mikki Schaffner.

Devoted theatergoers had a rare chance to compare and contrast how two notable Milwaukee companies tackle great works of literature, retaining the words of the originals yet transporting the famous books into engagingly fresh theatrics.

The new one, the Milwaukee Rep’s Jane Eyre, is an exceptionally unexpected interpretation, which closes the Quadracci Powerhouse season (through May 21). It uses adapter Polly Teale’s provocative psychological device and a stylish presentation to marry the dilemmas of author Charlotte Bronte’s heroine to the madwoman hidden in the attic of Thornfield Hall. Under the slowed measured motion and sudden darting choreography of director KJ Sanchez, the psychological device for one act was daringly successful in delving the depths of character revelation.

But Charles Dickens’ Great Expectations, previously reviewed and ending April 30 at the Milwaukee Chamber Theatre, was superior in using its cast as human set pieces, carriages and characters carrying us place to place — and also as soundscape creators providing the music and punctuation.

There are other similarities and differences. The title characters do not play multiple roles, though Pip was more a narrator while Jane Eyre is almost always acted upon while others explain the plot. One emphasized imported talents while MCT emphasized native ensemble, but both were offering the best.

Jane Eyre – a joint production with Cincinnati Playhouse in the Park, so its impact is proven — features a straight from the heart Margaret Ivey as the title character, opening like flower as she journeys from rejected child to plain Jane governess to unexpectedly alluring and honest attraction to the Byronic lord above her, the quixotic Rochester. Her eerie doppelganger (an echo, a comment and a contrast to Jane’s emotions) is intensely captured by Rin Allen in a performance that is both dramatic interpretation and dance.

The challenging role of the evasive, demanding and then needy Rochester is conveyed with great intelligence within his ardor by Michael Sharon, who makes a whole of a role that in the novel tends to be quite paradoxical.

Rebecca Hirota seems to have landed all the sweet person parts. She first scores as a dying friend and then as a hysterically over-ebullient child, Adele. Andy Paterson, while fetching in many roles, will probably be best remembered as a dog, while Christine Toy Johnson has endless costume changes and quick punches from grim maid to grand dame. Similar versatility in multiple roles fall to Tina Stafford (both the hated Mrs. Reed and amusing Mrs. Fairfax) and Damian Baldet (most memorable as the frightening Brocklehurst). Even Rep interns Jesse Bhamrah and Tanner Medding are quite useful as quick change servants and female schoolchildren. 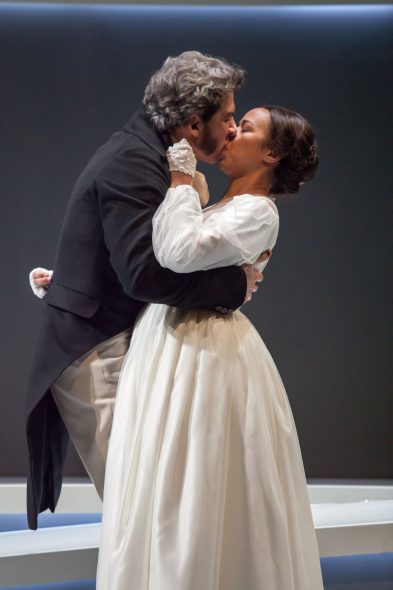 The texture of this piece is closer to the liberating, modernistic aspects of Bronte’s novel, capturing the interior trauma of a much abused orphan and subservient governess growing through pluck, will and spiritual determination into one of literature’s most famous, moral and yet rebellious heroines. But any vision of Jane Eyre as some kind of Gothic horror tale or moor-laced gallop into 18th century brooding Britain should vanish from your expectations.

Playwright Peale sweeps away much of the Bronte places and plot to drill down in vivid terms to the inner tensions. The red room perched atop scenic designer Kris Stone’s gray descending ramps is a constant echo and insight into what is happening at the front of the stage.

Costume designer Rachel Healy uses a hat here and a vest there to help sketch in revolving characters (costume changes take place in front of the audience). Movement director Peter Kyle must have been a tremendous help to director Sanchez and the unintended pop of a light on opening night should not prevent mention of lighting designer Brian Lilienthal’s skill at moving our eye to the appropriate action.

Rather than giving in to the romantic heritage surrounding the original novel, director Sanchez has chosen a cool reflective approach that guides the actors to stir us with an intonation or a slight change of the face, letting skilled movement signal the emotional changes. That technical style may surprise some patrons but it is deftly rendered.

The playwright and the production’s methods falter quite a bit in the second act. Even some intimate acting can’t salvage this section when the psychological device becomes superfluous. But it is a first act that will linger in the mind. You will never read Bronte the same way again. 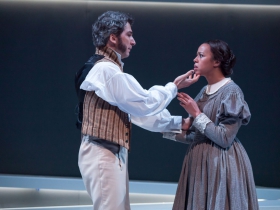 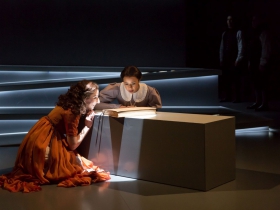 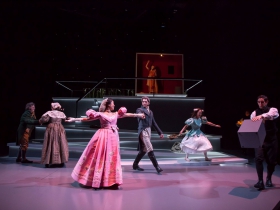 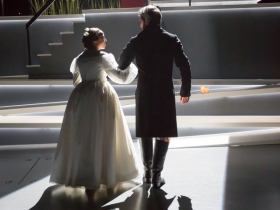 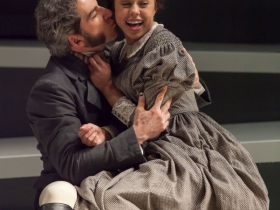 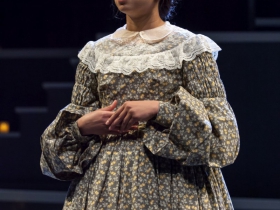