By Wisconsin Democracy Campaign - May 1st, 2017 12:52 pm
Get a daily rundown of the top stories on Urban Milwaukee 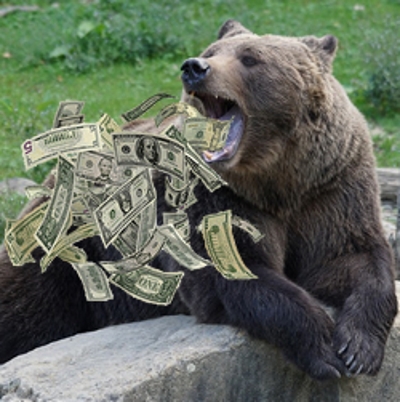 The Wisconsin Bear Hunters Association, a pro-hunting advocate, has been among the leading backers of pro-gun policies in recent years, including controversial GOP proposals unveiled last month to allow Wisconsin residents to carry concealed weapons without licenses or training.

The concealed carry bills – here and here – that the Bear Hunters strongly support eliminate the prohibition on carrying firearms into police stations, jails and prisons, and mental health facilities, unless those locations specifically post weapons prohibitions on their buildings and grounds. The measures also would allow people to carry tasers, and also eliminate the prohibition on carrying guns, bows and crossbows in wildlife refuges, and while operating all-terrain vehicles.

Currently, guns are prohibited on school grounds under federal law, unless the individual has a state concealed carry permit and the school does not post weapons prohibitions. These bills would maintain those provisions, but under a newly created basic permit, licensees would be able to carry weapons on unposted school grounds without training. Others who choose to carry concealed weapons without any permit would still not be able to have weapons on school grounds, whether posted or not.

The Bear Hunters was also on record early in the current 2017-18 legislative session opposing four legislative proposals, all sponsored by Democrats.

The Democratic bills that are opposed by the Bear Hunters would reestablish a 48-hour waiting period in order to buy a gun, require that the Department of Natural Resources secretary be chosen by the agency’s governing Natural Resources Board, and require background checks and gun sales only through federally licensed gun dealers.

The Bear Hunters boast nearly 3,000 members and gets its legislative advice from lobbyist Bob Welch, a former GOP state senator who has more than a dozen special interest clients. Among Welch’s other clients is another pro-gun group called Wisconsin Firearm Owners, Ranges, Clubs and Educators (FORCE), which is the National Rifle Association’s state chapter.

Among the Bear Hunters’ chief policy victories during the 2015-16 legislative session were laws – here, here, here and here – approved by the Republican-controlled legislature and GOP Gov. Scott Walker. The new laws eliminated the 48-hour waiting period to buy a gun, legalized switchblades, made it illegal to record, photograph or videotape hunters, and loosened state rules on raffles. The Bear Hunters spent $57,000 on lobbying during the 2015-16 legislative session.

The law against recording or taking pictures of hunters, which carries penalties of up to $10,000 and nine months in jail, was introduced by GOP Rep. Adam Jarchow, of Balsam Lake. Jarchow said he had received complaints from hunters who claimed they were followed by citizens who were opposed to the state’s wolf hunt and bear hunters who bait bears and hunt with dogs.

In addition to the group’s lobbying activities, the Bear Hunters also operates a conduit, which is a legal check bundling outfit that may funnel an unlimited amount of individual contributions to legislative and statewide candidates.

Since the Bear Hunters conduit began operating in 2000, it has funneled nearly $369,000 in large individual contributions of $100 or more to legislative and statewide candidates through 2016. Most of the contributions – about $265,400 or 72 percent – went to Republican candidates. The top all-time recipients of large individual contributions through the Bear Hunters conduit are the Republican Assembly Campaign Committee, which raises money to help elect Assembly Republicans, $14,845, and Walker, $12,750.

About $56,400 of the conduit’s large individual contributions in 2016 went to Republican candidates and about $7,100 went to Democratic candidates. The top recipients of the group’s conduit contributions in 2016 were GOP Sen. Tom Tiffany, of Hazelhurst, $4,000; GOP Rep. Rob Stafsholt, of New Richmond, $3,000; the Committee to Elect a Republican Senate, $2,775; and GOP Assembly Majority Leader Jim Steineke, of Kaukauna, and Jarchow, $2,000 each.

Jarchow and Tiffany also sponsored a pro-wolf hunting event last September in Cumberland, dubbed the Great Lakes Wolf Summit, which was praised by the Bear Hunters. The event drew hunters and politicians from Wisconsin, Minnesota and Michigan, which lost much of their state authority to regulate wolf populations after a federal judge’s decision in December 2014 that put the gray wolf back on the federal endangered species list. Until then, Wisconsin held wolf hunting and trapping seasons between 2012 and 2014. The Bear Hunters called the ruling an irresponsible decision by an out-of-touch federal judge.