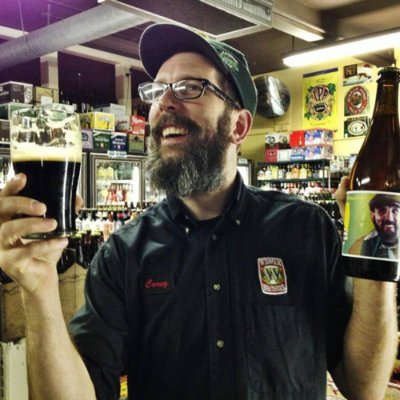 Gathering Place Brewing Company has announced the hiring of an award-winning brewer Corey Blodgett as its head brewer.

Blodgett, who has over 14 years of brewing experience at craft breweries in the Pacific Northwest, has won numerous awards over the course of his career and has collaborated with brewers across the Pacific Northwest, as well as Japan. Blodgett was most recently lead innovation brewer at Widmer Brothers Brewing in Portland.

“Returning to the city of Milwaukee and the Riverwest neighborhood is exciting,” said Blodgett. “Little did I know my foray into home brewing would bring me back 20 years later. It will be a pleasure working with Joe [Gathering Place president], who has as much passion about beer and the city of Milwaukee as I do. Together, we will not only bring more great beer to the City of Brewers, but we will also do our share to help shape its future.

Richard Regner, owner of Soup Bros., is opening a sandwich shop at 405 S. 2nd St. beginning in early May. Regner told OnMilwaukee.com’s Lori Fredrich that sandwiches have been such a hit at Soup Bros. that it only made sense to expand his business. Fredrich added more details:

Boo Boo’s, which will be managed by longtime Soup Bros. employee David Hernandez, will serve both hot and cold sandwiches, including a “Milwaukee” cheesesteak, an homage of sorts to Philly Way, which Regner says will be served on a freshly made baguette. There will also be vegetable based soups, including Soup Bros. red pepper bisque and a cheddar-based soup.

Regner claimed the restaurant space shortly after Philly Way owner Dave London vacated the space, and has worked with designer and local artist Clive Promhows to pimp out the seating area, adding fun colorful details as well as an electric fireplace with a facade of repurposed brick from downtown Milwaukee buildings.

Donut Squad On East Side

Two recent UW-Milwaukee graduates are opening a specialty donut shop at the former location of Goldcoast Subs on the corner of Prospect and North avenues.

Donut Squad is owned by Bobby Kaid and Moe Dakwar, both 2016 graduates. Corrinne Hess of BizTimes.com spoke with Kaid:

“We have always wanted a doughnut shop here and so we are going to open one and serve funky, wild doughnuts with a bunch of toppings on them,” said Kaid

In addition to specialty doughnuts, (including an ice cream sandwich doughnut), Donut Squad will also offer traditional doughnuts and coffee.

Donut Squad plans to open in May with hours from 10:00 a.m. to midnight daily. 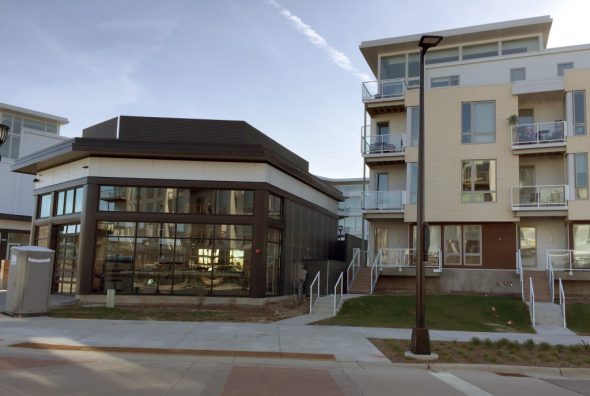 Valentine Coffee Co. will be opening at 7981 S. 6th St. in Oak Creek on May 1. The café will serve breakfast, lunch, dinner and a full menu of coffees. Fredrich reported some of the menu highlights:

The grand opening for the café is Friday, May 5 with a ribbon-cutting ceremony at 4 p.m. Some of the day’s proceeds will go to benefit homeless students in the Oak Creek district.

After 21 years in business on Milwaukee’s East Side, G-Daddy’s BBC abruptly closed Tuesday.  Milwaukee Record’s Tyler Maas reported that employees were notified of the closing Tuesday morning and a sign on the front door confirms that the bar/restaurant is closed. The sign posted by BBC ownership said, “Thank you for 21 great years!!”.

The Oakcrest Tavern located at 4022 N. Oakland Ave. has closed after nearly ten years in business. A letter on the tavern door thanked patrons for their service and said that the tavern has been sold to another local operator.