Seeks $50 million each from county, state and private donors.

The Milwaukee Public Museum seeks $150 million for a new home, $50 million more than was previously reported, and that could include $50 million from Milwaukee County, in return for which the county would end its annual subsidy of the museum. The museum also hopes for equal support from private donors and the State of Wisconsin. That information was disclosed by Dennis Kois, the President and CEO of the museum in a recent presentation to a small group of potential supporters. 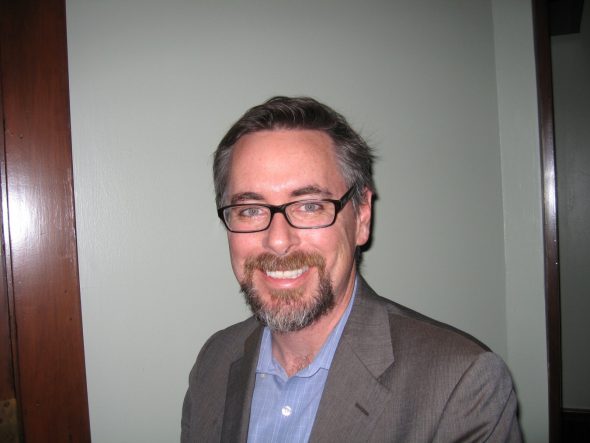 These numbers are provisional and could still change, noted Hillary Olson, in a follow-up interview with Urban Milwaukee. But the strategy of seeking support from the county, state and private donors is clearly key to the museum’s effort.

Kois, a Milwaukee native, was named to his current position in February 2014, assuming leadership of the city’s oldest museum, a four-million object collection chartered in 1882 that drew at that time 500,000 visitors annually. He was tasked with straightening out the museum’s shaky finances and plotting a strategy for the future.

In a press release last month announcing the elimination of 15 staff members at a $1 million annual savings, Kois added this telling statement:

MPM has acknowledged publicly that leadership has been investigating whether to construct a new museum building downtown to replace the failing, 60 year old County-owned building MPM currently occupies.

Kois has been giving talks in the community about the need for a new facility some 200 times, he has said, and Plenty of Horne received an invitation to attend one such forum in a downtown apartment overlooking Lake Michigan.

Evolution of US Museums

Kois traced the changing roles of U.S. museums, beginning with the first, now the Museum of the City of Baltimore, founded in 1822 by Charles Willson Peale. This was a collection of objects arranged according to the learned precepts of the Linnean Society of London, the world’s oldest natural history organization.

Museums rapidly evolved into places of entertainment, Kois told the 20 neighbors gathered for the presentation.

“Barnum, before he had a circus, had a museum,” Kois said. The Barnum’s American Museum was New York City’s premier tourist attraction from 1841 until it burned to the ground in 1865.

Today, museums “like to think of themselves as serious, educational institutions,” the director told the audience, suggesting that perhaps a bit of Barnum is what the museum world needs today, in an age of instantaneous communication and short attention spans.

“The museum world has changed,” Kois said. Natural history museums traditionally change up their permanent exhibitions every 10 or 15 years, he said. But in Milwaukee, “we are trying to exhibit using 50-year-old stuff. Much of the knowledge has been superseded,” he said, noting the museum’s evolutionary timetable as now exhibited is grossly behind the most recent science.

The complex rainforest exhibit dates from the 1980s, he noted. It was designed as a companion to an actual rainforest that the museum once owned, and had to sell.

People experience museums differently, he said. Kois followed some tourists around the Metropolitan Museum of Art in New York, where he once worked, and noted people taking photographs of paintings and labels for future reference, “without looking at the actual object. That’s just the way it is.”

“So if all of these things are available on-line, why are people here? Because objects have power, and because museums exist for creating wonder,” Kois said, while a quote by Socrates, “wonder is the beginning of wisdom,” was projected on the wall.

Community forums have dwindled, Kois said, referring to the numerous social societies and clubs that dotted the community back in the days when the public museum was a city-owned and later county-owned facility funded by tax dollars. The museum remains as a forum, he said, and in his estimation is a state-wide institution without parallel.

The museum now draws 550,000 visitors a year, Kois said, and the visitors come from every county and many of the school districts of the state. But the facility is old, with serious leakage problems that have cost over $250,000 in damage to contents last year. “This is absolutely unheard-of in museum circles. When it rains outside, it leaks inside,” he said.

“The museum was built the same year as the Domes and has been taken care of as well,” he added, referring to another challenged structure in need of repairs or replacement and also under county ownership.

Adding urgency to his call for a new museum is the pending 2020 review by the American Association of Museums to continue the accreditation of the museum. “There will be no way for us to keep accreditation without a plan in place” for a new facility, Kois said.

Working with Gallagher and Associates, a Washington D.C.-based museum planning firm and local architecture firm Rinka Chung Architecture, Kois showed the attendees a plan for a new museum that would be about half the size of the existing structure. Improvements in technology will allow for a more efficient structure, and the museum is rethinking its approach to vast dioramas in favor of more interactive exhibits. “The building is too big,” at 500,000 square feet, he said. “Giant halls with dioramas is not the way to go.” The new museum would include restaurant and gathering spaces, as well, and would be located elsewhere downtown, likely on the streetcar line.

Kois would also divorce the museum from county ownership, following somewhat along the lines of the Milwaukee Art Museum. The county owns the building and the collection, and contracts the Milwaukee Public Museum to operate the facility. Kois would like the museum to become wholly independent, yet the county now contributes $3.5 million a year to its operation — about one-quarter of the museum’s budget. But, due to the county’s own financial difficulties, Kois says that support “will be zeroed out” in the near future.

The museum would also want its own parking structure, which it lacks now. At this time museum-goers represent about $1 million in parking revenue for the City of Milwaukee, which does not share that revenue with the museum.

The museum would also likely sell its naming rights — not to a corporation, Kois said — but perhaps to an individual.

Where Will Money Come From?

Kois believes he has a sound plan to assure the future of the museum. “All we’re missing is $150 million,” he said.

He hopes to get $50 million from the cash-strapped county, and noted the importance of the county’s role in an interview with Bobby Tanzilo of OnMilwaukee.com:

Kois noted that, as a statewide attraction, the Milwaukee Public Museum merits state funding as well as local support. The only major museum nationwide built in this century without state-level support is the Milwaukee Art Museum, he added. His hope is clearly to get an amount from the state equal to the county contribution.

“It’s also going to require state-level support in some way, shape or form,” he told Tanzilo. “We’re spending a lot of time in Madison figuring out what that would look like, and what mechanism could possibly work, but I absolutely think there’s a path to that.”

The other third of the funding would come from community support from private donors. Compared to the $120 million in private funding raised for the Milwaukee Art Museum’s Calatrava addition, $50 million is a small number, but compared to probably any other private fund drive in the city’s history, it’s a daunting figure.

The new facility’s $150 million price tag may include some money to increase the museum’s far-from-robust endowment fund. Olson said that was a possibility, adding that “at this point it’s so early that we don’t know.”

Without sufficient endowment to help pay for annual operating costs (and replace the annual county subsidy), the new museum could quickly fall into a danger zone. As Kois made clear, this plan is meant to assure the future of the state’s most venerable museum for many decades to come.