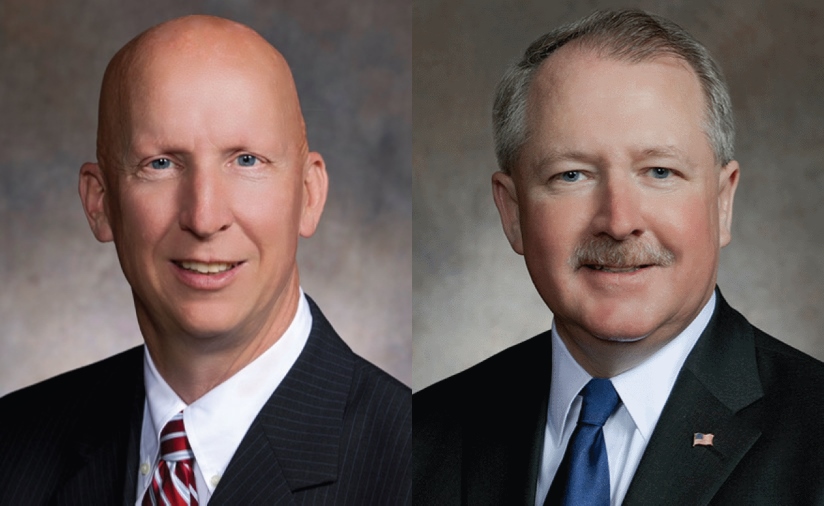 Conservative Republican Sen. Duey Stroebel and moderate/liberal Democratic Rep. Dana Wachs, a wannabe candidate for governor next year, agree on one thing: Legislators should be banned from lobbying for a year after leaving office.

“There are people on both sides of the aisle concerned with the torrents of influence going through this building,” Wachs told a Wisconsin State Journal reporter.

Jay Heck, executive director of Common Cause in Wisconsin, said the ban is needed. “The public perception now is that state legislators (and staff) cash in on their contacts and insider experience to make more money as lobbyists. A one year ‘freeze’ on lobbying would, at the very least, help diminish the corrosive perception of this current practice and help restore a modicum of public trust in state government.”

The one-year freeze is required for other ex-government officials, but the legislature has always exempted lawmakers and their aides, knowing they may some day need to find jobs as lobbyists.

*For every ex-legislator registered as a lobbyist, there are three former Capitol aides being paid to influence decisions of the Legislature, the governor or state agencies. The former aides include cabinet secretaries and former top aides to governors of both parties.

The Capitol is a fascinating blender of career opportunities.

Some legislators come to the Capitol, like it and stay for decades. They can work as hard, or as little, as they want. Others serve two or three terms and then decide to do something more rewarding, professionally or financially. A few move up the political ladder; four of the last five governors served in the Legislature.

When legislators leave office, they go back home or stay in Madison as lobbyists, join law firms or other businesses, or become a state official – if the leader of their party is the governor.

Former state Sen. Rich Zipperer is paid $113,817 as Gov. Scott Walker’s chief of staff, for example. Former Assembly Speaker Mike Huebsch is paid $128,506 in his second Walker administration job as a Public Service Commission member, and former Republican Sen. George Petak is a WHEDA agency administrator with a salary of $102,648.

Capitol aides can start out as messengers, move up to answering constituent phone calls, develop specific policy options and then cash out as lobbyists.

One respected lobbyist, Tom Fonfara, got into politics when he played drums at campaign stops for the 1978 Republican candidate for governor, Lee Sherman Dreyfus, who served one term. After advising four-term Gov. Tommy Thompson on education issues, Fonfara became a lobbyist. His 10 clients include Microsoft and T-Mobile.

Because CEOs and other organization leaders don’t have time, or the desire, to advocate for their causes in the Capitol, and schmooze legislators outside of it, they pay many lobbyists very, very well. Because the issues, personalities and politics differ in every capitol, lobbying is a huge industry. Businesses, organizations and unions that hired Wisconsin lobbyists reported spending $62.6 million on those efforts in the 2015-16 session.

Lobbying is also unique because you are always either permanently playing offense or defense.

Lobbying is also a cruel business. Ask the Republican-connected lobbyists who lost their jobs when Democrats took control of the executive and legislative branches of government in 2008 elections. But, after Republicans swept 2010 elections, lobbyists who spoke Republican were back in demand.

Chris Danou, the Trempealeau County Democrat who served four Assembly terms before losing his seat on Nov. 8, said he had few career options when he was offered a chance to lobby for a small environmental nonprofit, Gathering Waters.

“I needed a job,” Danou told the State Journal. “The skill set you have as a former legislator is government relations.”

Which is why this bill may be tough to get through the legislature.

One thought on “The State of Politics: Bill Would End “Revolving Door” Lobbyists”