Baran Park To Get $2.3 Million Upgrade

By Naomi Waxman, Milwaukee Neighborhood News Service - Mar 23rd, 2017 10:45 am
Get a daily rundown of the top stories on Urban Milwaukee 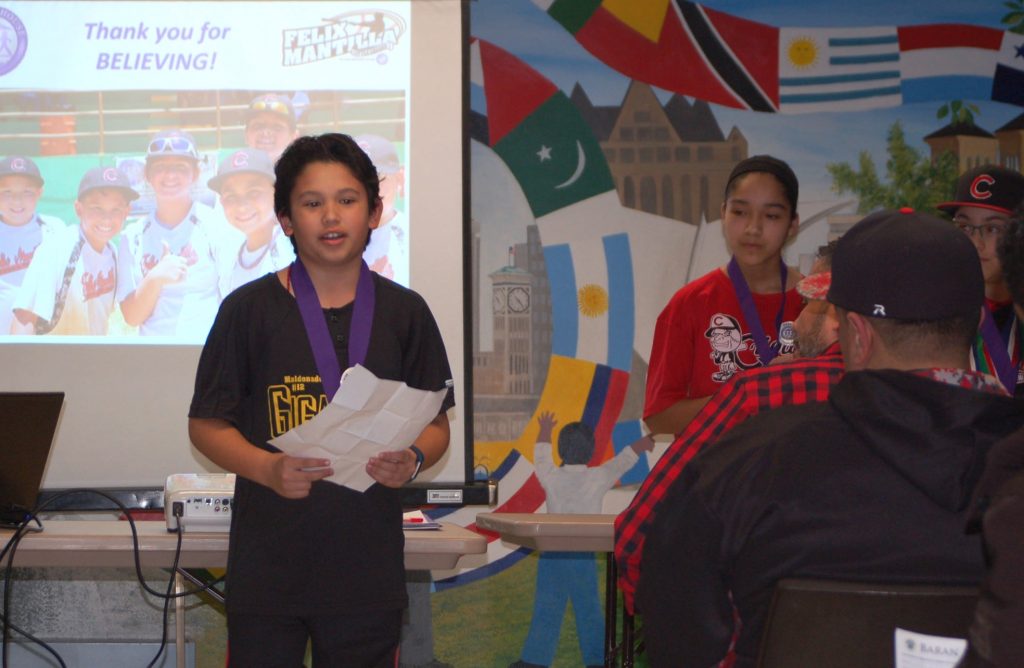 America’s favorite pastime is as popular as ever on the South Side, but unkempt and dangerous baseball facilities at Baran Park, 2600 S. Chase Ave., have raised ire among parents and local officials.

A recent town hall meeting attracted a sea of young people outfitted in identical baseball caps and a crowd of community members to react to a proposal brought by Journey House and Milwaukee County Parks. The proposal’s primary features are a $2.3 million baseball field enhancement and priority park use by Journey House Youth Athletics participants, including the Felix Mantilla Little League and Journey House Scholar Athletes.

The project goal, as described by Journey House Executive Director Michele Bria, is to take dilapidated urban infrastructure and transform it into a beautiful neighborhood park.

“[Currently] our granddads and dads have to go out and clean up the fields so the kids can play [safely],” said Bria. “We want to make sure that our young scholars have an opportunity to play…on world-class fields.” 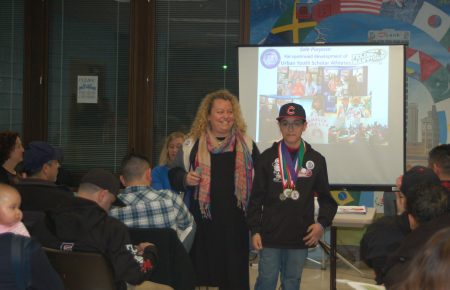 Doshin Rivera, 11, echoed Bria’s observations on the state of the park, where he and his twin brother have played baseball since the age of 6. Rivera recalled occasions when the fence surrounding the field was locked, resulting in scrapes and bruises when he and his teammates climbed over it to attend scheduled practices and games.

Twelve-year-old Lisette Contreras, who was 4 when she first picked up a bat, said she hopes park improvements will be a boon to a new crop of players.

“I want a new field so the future generations can play on better fields than I ever did,” she said. “The pitching mound is a little hole and it messes people up.”

Why, many attendees wondered, has Baran Park become so unsightly and potentially dangerous?

“Why are my kids climbing fences and getting scratched up?” she said. “On the South Side, the parks get treated differently than the beer garden in Bay View.”

Coach Ronaldo Torres described an incident where a scheduled game against a Franklin team was cancelled because the fence was locked. “[The opposing team] would have had to jump a fence,” he said. “There were no lights, the grass was tall. It was embarrassing.”

Dargle pointed to problems with job cuts, but did not respond directly to questions about specific safety concerns.

“It should never feel like there are three or four parks systems, but if you go to the North Shore those parks look a lot different.” Dimitrijevic said. “We need a dedicated funding source in Milwaukee that funds parks and transit.”

Everyone who addressed the crowd ultimately supported the endeavor. Pablo Llanos, a leader of Liga Latina de Beisbol en Milwaukee, said his players also should have access to the improved facilities.

“I congratulate and give props to all the people in charge of Journey House,” he said, “I just want us to have our fair chance to play on that field too.”

Bria and Eugene Manzanet, chairman of the Journey House board of directors, reassured Llanos that they are committed to affordable pricing. Facility reservations will now be processed through Journey House rather than the county parks division.

Manzanet, who has played baseball at Baran Park for the past 11 years, thanked the Mantilla family and all who attended the town hall meeting for their support.

2 thoughts on “Baran Park To Get $2.3 Million Upgrade”