Experts say it's about computers, technology, but also about manufacturing.

By Jabril Faraj, Milwaukee Neighborhood News Service - Mar 15th, 2017 10:17 am
Get a daily rundown of the top stories on Urban Milwaukee 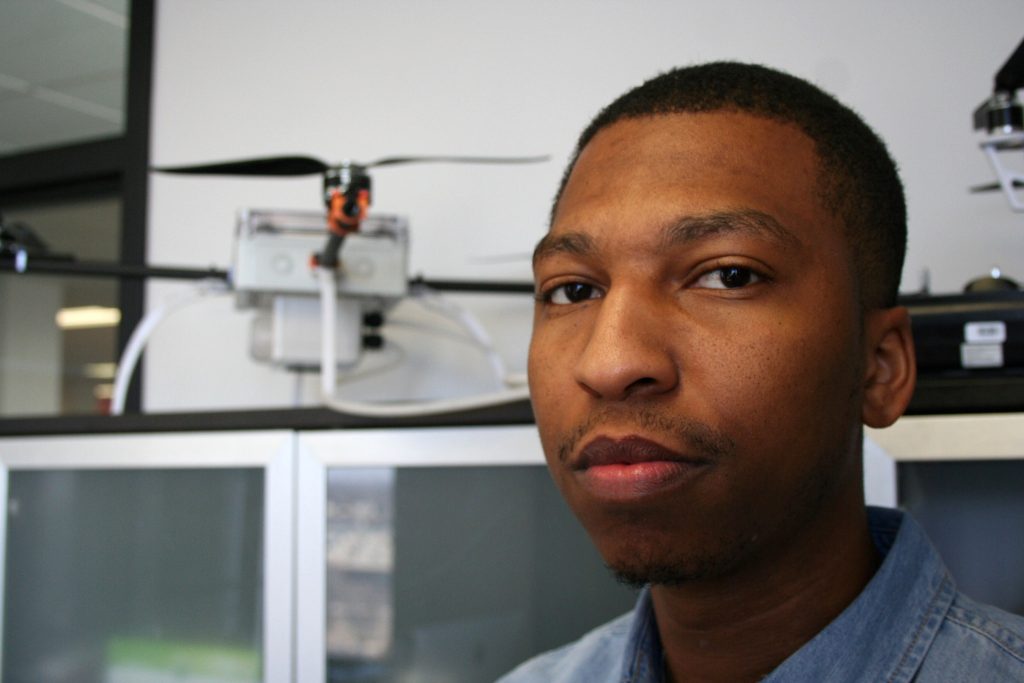 As early as third grade, when he built a traffic light with his grandfather for a science fair, Qaiyim El-Amin has been “a tinkerer.” As a child, he would disassemble and reassemble radios, video game systems and other electronics — a practice that infuriated his parents and grandparents.

In 2015, El-Amin, 30, who grew up on the city’s northwest side, built his first drone with the help of fellow innovators. Though that initial model literally crashed and burned, he viewed the failure as a learning experience and worked to perfect the design. Eventually, after many attempts the group created a drone that could collect water samples, complete with a waterproof shell and a specialized pump.

“I’m not scared to try things and fail,” said El-Amin, a co-founder of Young Enterprising Society, an organization that helps expose students, many of whom hail from the central city, to new technologies. “I just always feel like, if somebody else can do it, I can do it too. So, I want to figure out how they did it.”

If you keep trying and don’t give up, he adds, “Eventually, you will figure it out.”

El-Amin is at the forefront of a fundamental shift in manufacturing, according to industry experts. They say entrepreneurship is replacing the old model of company employment and that individuals will need access to education and a change in mindset to take advantage of those opportunities.

People of color and those who live in low-income neighborhoods must be a part of that change, according to Keenan Grenell, executive director of Manufacturing Diversity Institute (MDI), a nonprofit organization whose mission is “to ensure that individuals from underserved communities succeed in manufacturing careers and businesses.” 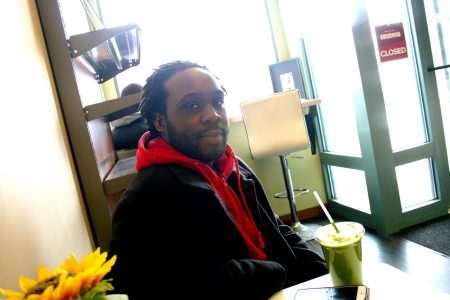 To that end, MDI, housed at 4201 N. 27th St., has created programs that foster the development of diverse manufacturing businesses, target veterans and connect thought leaders with aspiring entrepreneurs.

“There’s so many talented, frustrated kids of color out here,” added Roy Evans, an attorney who has worked on racial compliance issues for decades. “Racism is always the overriding everything, really.”

Wisconsin has the worst black-white student achievement gap of any state in the nation, trailing only the District of Columbia.

High-quality education and exposure to different disciplines are essential if children are going to succeed, according to Evans, who said black and brown individuals are “limited by access.” He said exposure creates understanding, and helps young people realize the advantages of following a particular path.

Kwadwo Owusu-Ofori, founder of Anokye Food Company and a board member at the Center for Teaching Entrepreneurship in Milwaukee, said that despite efforts by the food and beverage manufacturing industry to provide scholarships and opportunities through programs at Milwaukee Area Technical College(MATC), “no kids are signing up for these programs.”

“For some reason, they just can’t get kids into these feeder programs, because manufacturing just [isn’t] cool,” he said.

Others pointed to a lack of access to suburban jobs and negative media representations of people of color as further barriers to connecting individuals with opportunities.

Education is also an issue, according to Dorothy Walker, dean of the MATC School of Technology and Applied Science. Walker, who a board member of MDI, said manufacturing used to be more about manual labor and “pushing buttons” but has evolved into a field that is more focused on technology and automation, which requires a “higher skill set.”

Grenell added, “What it used to take 100 people to do, [it only takes] two or three now,” noting that young people must embrace coding, which is “the new educational prerequisite.” He said it isn’t impossible for someone with a high school diploma and decades of manufacturing experience to succeed “because they know how to build things,” but stressed the need for lifelong learning.

“I’m not knocking anybody who doesn’t have, you know, a significant amount of education,” said Grenell, who holds a Ph.D. “I’m just saying that I think that the new brand of manufacturing is going to require as much education as humanly possible.”

In a future that will include more and more automation, El-Amin said ingenuity, problem-solving and determination are the qualities that will set people apart from machines.

Owusu-Ofori and El-Amin, both entrepreneurs, said, contrary to many people’s ideas about manufacturing, what they do is a creative pursuit.

According to Owusu-Ofori, a “growth mindset” — always wanting things to be better, and actively working toward that goal — is essential to entrepreneurship. “Once you build those type of skill sets, [they] can be used in anything you want to do in life.”

He added that entrepreneurial skills are “recession-proof.”

In five years, Grenell would like to have “a small army” of diverse manufacturers who have improved their community and created jobs. Grenell gets a twinkle in his eye when he talks about El-Amin and how the future workforce will be made up of individuals like him, with technical skills and a love for creation and innovation.

But, according to El-Amin, the future is already here. That’s why he’s passionate about exposing children to the latest technology — drones, micro-computers, micro-controllers, virtual reality, coding and design — to help them find their interests.