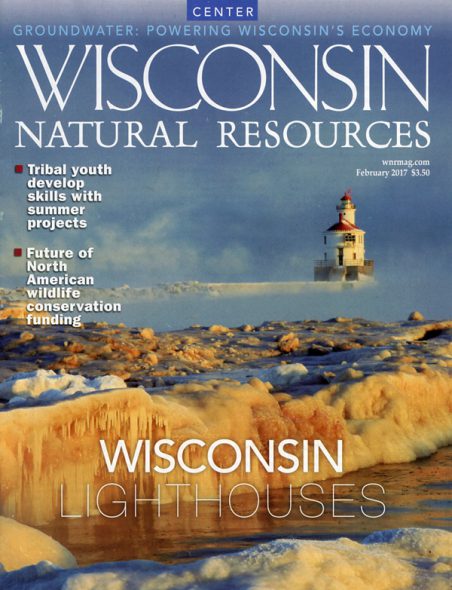 Word began circulating on February 9th that Gov. Scott Walker‘s upcoming state budget would wipe out the popular, subscriber-supported magazine of the Department of Natural Resources.

So why did the DNR tout the magazine and its virtues in both a posting on a DNR web page and also in a DNR weekly newsletter just a few days earlier on January 31:

MADISON – Subscribers to Wisconsin Natural Resources magazine will be treated to some dramatic images of some of Wisconsin’s most iconic and historic Great Lakes lighthouse in “Picturing Wisconsin lighthouses,” in the February issue that is being mailed this week…

Last but not least is the much-awaited update to a popular groundwater insert – “Groundwater: Powering Wisconsin’s Economy.” It is introduced by “A peek beneath the surface,” taking readers into Wisconsin’s basement to discover the aquifers that hold and transport our groundwater.

Wisconsin Natural Resources magazine as an inexpensive gift that gives all year. Six big issues for $8.97. People can subscribe at 1-800-678-9472 or online at wnrmag.com.

Why the abrupt about face?

Is that current February issue (the venerable publication comes out every two months) just too darn useful and attractive – – note that subscriptions are booming?

Was that major groundwater piece too close to a hot topic unfolding this week – – and was DNR Secretary Cathy Stepp‘s introduction a little enthusiastically off-message:

Over the years, we’ve seen interest in this document grow – – this is the fourth edition of the insert since its first release in the 1980s, and every time it comes out our readers snap up the thousands of copies we print.

That speaks not only to the great following our magazine has but also to how much our citizens care about safe, clean drinking water for everyone in the state.”

Or was it another routine example in the Walker regime of the right hand not knowing what the farther, bigger right hand was doing?

A phenomenon of Walker/DNR disconnects noted more than once:

We’ve seen it before – – the right hand at the DNR not knowing what the bigger right hand is doing at the Governor’s office, or knows and both are simply raising a middle finger of indifference – – so someone, anyone, tell me how the Dodo birds at the DNR could put up with a straight face one of their cheery, cutie-pie Clean Air Tips of the Week touting, oh, say, recycling:

“Recycling our waste is a great way to keep the air clean. Life cycle analysis of waste has shown that recycling common things, such as paper, cans and bottles, significantly reduces air emissions overall. A great example is the aluminum can. Recycling an aluminum can save 95% of the energy used to make aluminum out of virgin bauxite ore. Recycling other metals, paper, plastic and glass also saves significant amounts of energy. Visit EPA’s WARM [exit DNR] tool to calculate your own recycling emissions savings.”

Gov. Scott Walker is proposing cuts in his budget for recycling, a move that represents more than a 50 percent reduction in funding to communities over a five-year period. In the two-year budget he unveiled on Feb. 3, Walker proposed $15 million in state spending for local recycling programs.

…and after a senior DNR water division official had told his staff in an email about the impact of recycling cuts on that division, reprinted here:

A one-time $4.0 million reduction to municipal recycling grants in FY2016

Which may help explain why Wisconsin Department of Natural Resources water division administrator Russell “Russ” Rasmussen sent his staff a “Hello Water Colleagues” memo on February 8th about “the Governor’s budget proposal [that] is now our DNR budget proposal” that ended with a warning:

“An additional note – you may have your own personal feelings about provisions in the budget; however, the Governor’s budget proposal is now our DNR budget proposal. You are entitled to your own opinions and you may want to express them. That is your right. It is important, however, to keep your work and any political activities strictly separated. Any media contacts about the budget should be referred to Bill Cosh who is the department’s spokesperson on the budget.”

One thought on “Op Ed: Why Walker Killed DNR Magazine”