By Dave Schlabowske, Bike Federation of Wisconsin - Mar 10th, 2017 01:13 pm
Get a daily rundown of the top stories on Urban Milwaukee 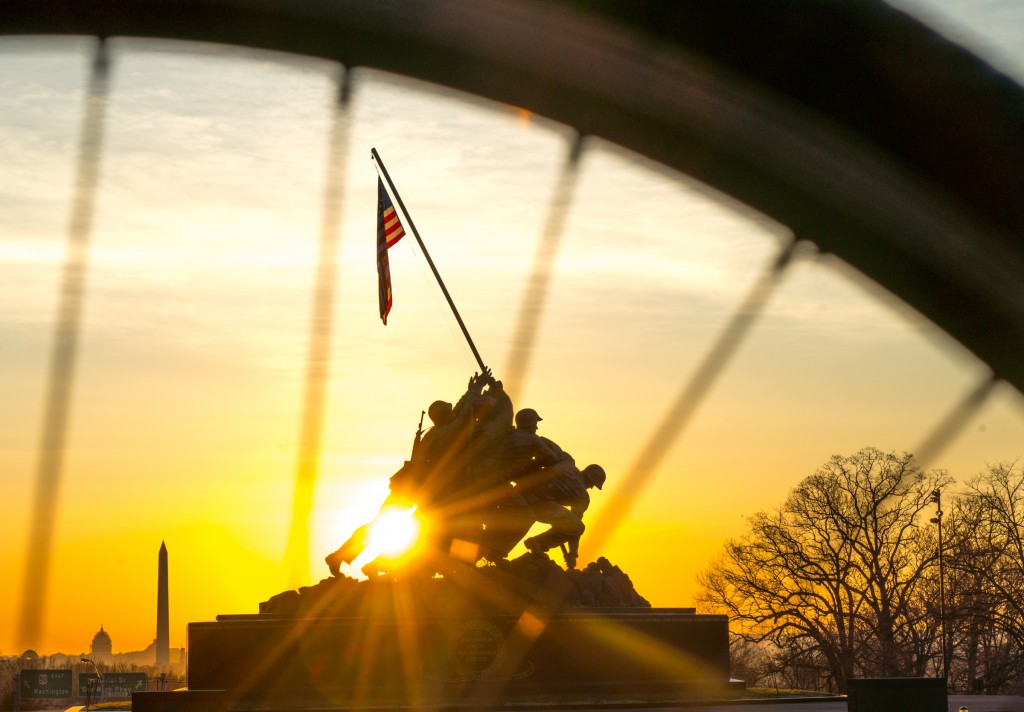 Despite the crazy news coming out of here these days, the sun does continue to rise every morning.

The sunrise serves as a reminder that our government continues to play an important role in our daily lives, so participating in our democratic process still has value. The National Bike Summit is the one time each year you hear the word “bicycle” in every office around Capitol Hill.

Some advocates here have suggested that between the legislative gridlock, majority party objections to federal funding for bicycling, and the red tape local communities face trying to get federal funds for bicycle projects, we should give up on Washington and work only at the state or local level. But while it is true that biking and walking only get about one percent of the federal transportation funding pie, it is one percent of a pretty big pie.

President Trump has promised a $1 trillion infrastructure bill to shore up our nation’s crumbling roads and bridges and bring jobs to our unemployed or underemployed. So at our sessions Tuesday, the League of American Bicyclists policy strategists have suggested that we citizen advocates from across the country ask our elected representatives and senators to make sure those funds can be used for bicycling and walking, too.

This is a pretty vague ask, since the Trump administration has not yet introduced such a bill. Back in January, the Senate Democrats did unveil a $1 trillion bill, that includes $210 billion for roads and bridges, as well as $180 billion for rail and bus programs and $110 billion for sewer and water. Another $10 billion would go for VA refurbishing and $75 billion for school infrastructure.

But since we don’t have a budget yet, that bill doesn’t really have any legs.

Senate Majority Leader Mitch McConnell response to the infrastructure proposal was “I don’t think we ought to borrow almost a trillion dollars and plus up a bunch of federal accounts, incur a lot of additional debt, and don’t build any projects to speak of. So, I can tell you what I’m against is a replication of the Obama stimulus package in 2009.”

Trump’s team says their plan, which gives few details, would be deficit neutral, but economists have come out saying that it would not. 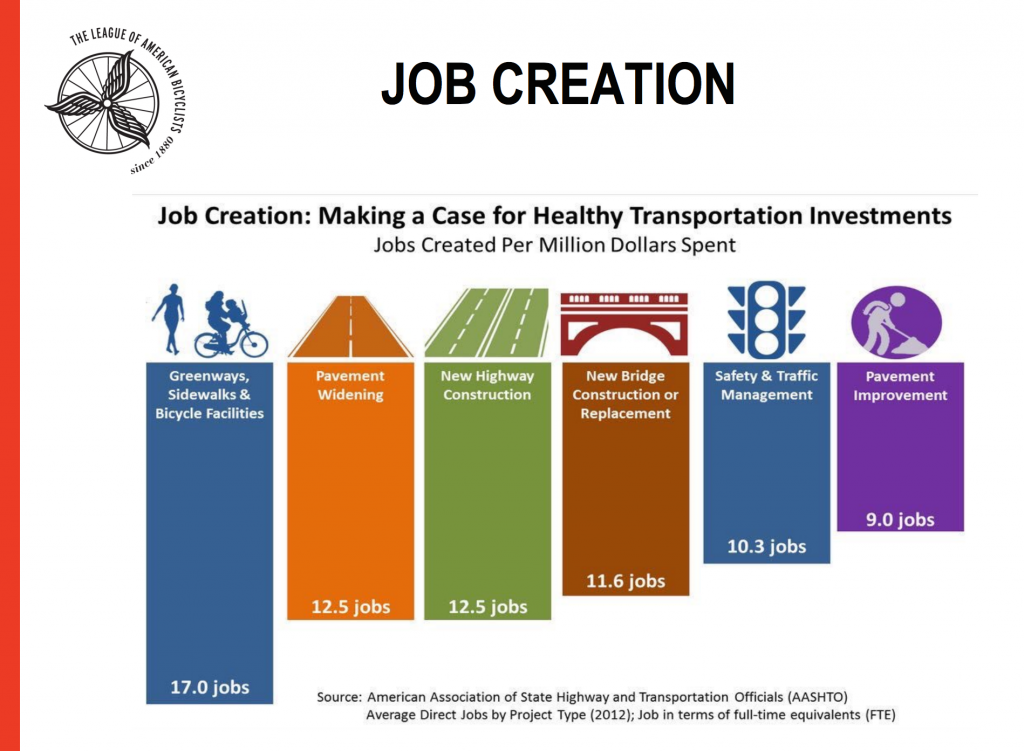 Ah, politics, you have to love it (or not). Anyway, our goal is to tell our elected representatives that we want them to give the states and local communities the flexibility to use some of the money in any infrastructure bill to improve infrastructure for walking and bicycling. One fact on our side is a federal study commissioned by AASHTO (The American Association of State Highway Transportation Officials) which showed infrastructure projects for bicycling and walking produce more jobs than similar road projects. Specifically, for every $1 million spent, bike/ped projects produce 17 FTE jobs, compared to 12.5 for pavement widening and new highway construction, 11.6 for bridges, and nine for regular pavement improvement projects.

You can see the background behind our ask, that study, and polls that show how more people than ever before want better bikeways in this PDF backgrounder prepared by the LAB.

Meanwhile we are off to meetings with our senators and representatives to make that ask. It seems a bit unreal, but the results of this game have very real consequences. Fingers crossed, off we go…