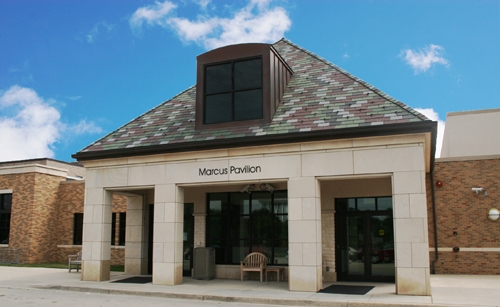 The rise of Donald Trump was greeted by an increase in the rhetoric and activity of white supremacists exulting in his presidential candidacy. That helped fuel an explosion of anti-semitic incidents in 2016, but the situation is far worse in 2017.

This week, her group released its annual audit of anti-semitic incidents for the 2016 year, and the news was not good. The number of incidents was three-times higher than five years before that, Kahn notes.

“The rhetoric around the presidential election not only legitimized bigotry against all minorities, as we’ve seen through a variety of statistics, but also included specific coded and overt anti-Semitic expressions. That climate on the national level affects the local community too,” said Ann Jacobs, chair of the JCRC’s Anti-Semitism Task Force, in a news release accompanying the audit.

“I’ve been in the business for 20-plus years, and this is unprecedented,” Paul Goldenberg, national director of the Secure Community Network, told CNN. “It’s more methodical than meets the eye.”

Yet it wasn’t until Tuesday, six weeks after this that Trump finally addressed the problem. “It’s very troubling that it has taken him so long to respond,” says Kahn.

Trump’s statement was certainly forceful. “The anti-Semitic threats targeting our Jewish community and community centers are horrible and are painful and a very sad reminder of the work that still must be done to root out hate and prejudice and evil,” he said.

But critics charged it was Trump himself who was the cause of the problem he was condemning. Steven Goldstein, executive director of The Anne Frank Center for Mutual Respect delivered a statement declaring that “The President’s sudden acknowledgment… is a pathetic asterisk of condescension after weeks in which he and his staff have committed grotesque acts and omissions reflecting anti-Semitism, yet day after day have refused to apologize and correct the record….Make no mistake: The anti-Semitism coming out of this administration is the worst we have ever seen from any administration.”

Anti-Defamation League CEO Jonathan Greenblatt accused Trump of a failure of leadership that “has created a vacuum that extremists have exploited. And when abuse is allowed, because it’s not forthrightly condemned, you see that it spreads like a virus.”

The fact that one of Trump’s most important policy advisors is Stephen Bannon, former editor of the “Alt Right” or white nationalist publication Breitbart News, has also been a red flag for Jewish leaders.

While no bombs have been found to date in any of the Jewish institutions targeted, the blitz of threats alone can have a big impact, says Kahn. “The danger is that people will walk away from the Jewish Community Center and not want to be there, and not want to walk into any Jewish facilities. And that can isolate the Jewish community.”

The 2016 audit of metro Milwaukee noted anti-Semitic harassment and verbal expressions among middle and high school students, more reports of anti-Semitism on college campuses, increased incidents of swastika graffiti on public and private property and an increase in outright anti-Semitic slurs. Among the many incidents:

-A Jewish family whose children endured ongoing anti-Jewish bullying in a west suburban high school had an unexploded grenade firework placed as a threat on their porch.

-During a mock election at a North Shore middle school, several students taunted Jewish students by saying (they) planned to write in Adolf Hitler for president.

The audit’s details add to a picture of a nation where racist and anti-semitic rhetoric and threats of violence will begin to seem normal — unless there is a push back from the rest of the country.

“We have to be vigilant and call out every outrageous statement,” Kahn says. “This is a poignant moment in America where we have the opportunity to stand up for each other. We need allies.”

37 thoughts on “Murphy’s Law: The Rise of Anti-Semitism”