Both new and old. And no, there aren't too many country bands in town. 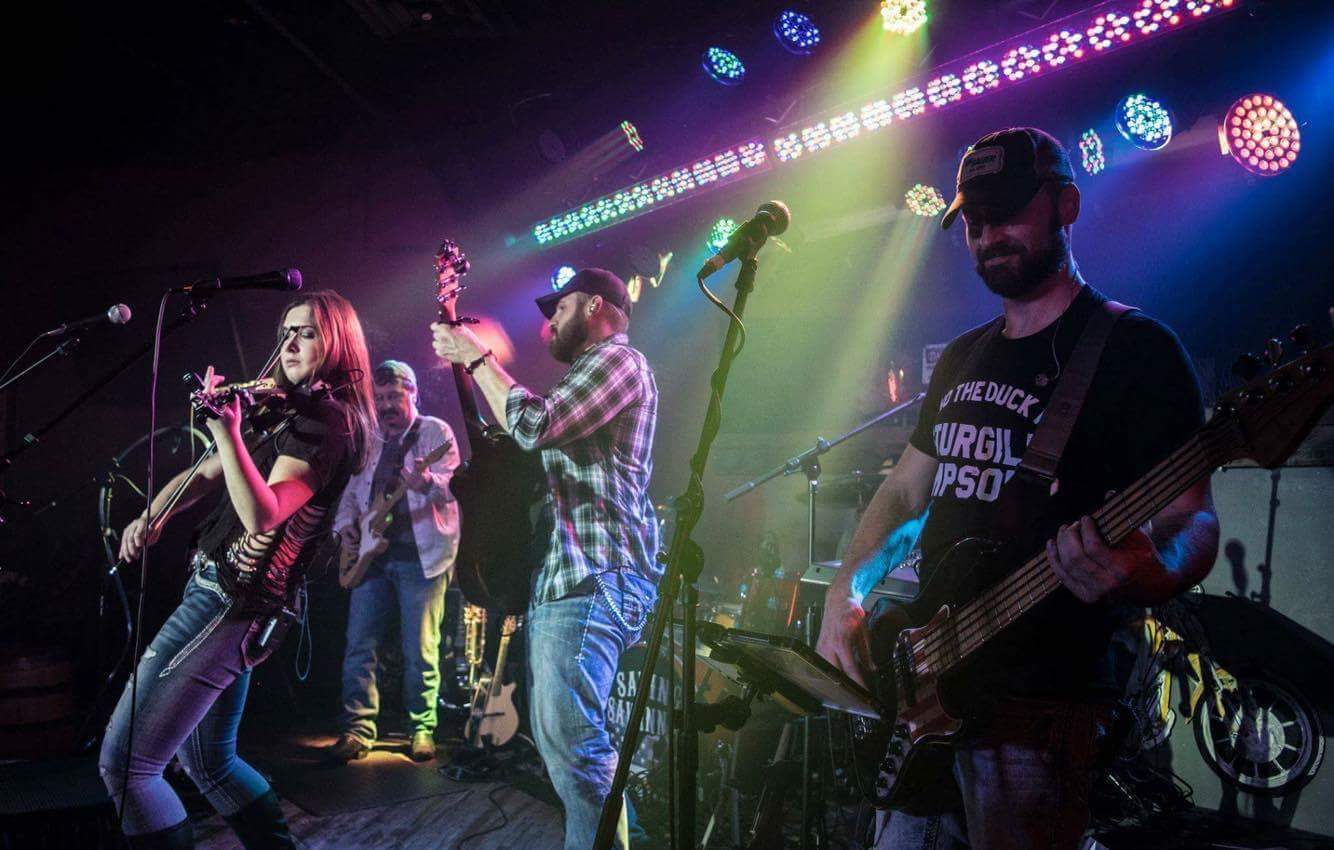 Saving Savannah, the well-traveled cover band from Milwaukee, has been performing across the Dairy State since 2010. The band came together because of a common desire to begin a new project revolving around a love for country music. The group describes itself as a “modern country” cover band, but enjoys playing a variety of genres.

The number of country bands in the Milwaukee area has continued to increase, but Saving Savannah drummer Jeff Sleik refuses to let that get him down. “We often hear bands talking about how the Milwaukee market is oversaturated,” he says. “We don’t really subscribe to that idea.”

The group has some interest in writing original music in the future, but for now, Saving Savannah is focused on building a reputation as one of the area’s best cover bands. The group does have a goal in mind, however, which is to close out a Friday or Saturday night at Summerfest.

Sleik was happy to answer our questions about the band.

When and how did the band get started?

Saving Savannah was founded in March 2010 as several Milwaukee area musicians were looking to break off from their current rock band. They wanted to focus on putting together a project rooted in country music, a genre that all felt much more affinity for. Several small brainstorming sessions later, Saving Savannah was born.

Who’s in the band?

Does “Saving Savannah” have any special meaning?

The name Saving Savannah doesn’t really have any sort of deep meaning except that it’s a bit of a play off the Civil War. Savannah, Georgia was a valuable city during the war and the founding members of the band really liked the imagery it portrayed around the south, and ultimately, country music. Needless to say, with the recent addition of Kayla, our fiddle player, she gets asked quite a bit by fans if she is “Savannah”, and if she’s been saved yet.

While we do classify ourselves as a modern country cover band, we really cover a wide variety of musical styles and influences throughout our shows. So, while you’ll hear a lot of new country at a Saving Savannah show, we tend to incorporate music from earlier decades, whether it be country, rock, hip-hop or pop. At the end of the day, we want our fans to come out, party, and just have a great time with us. After all, music shouldn’t be about genres or classification, but more about the way it makes you feel.

Are there any local bands you enjoy listening to or performing with?

There are so many great Milwaukee bands right now, whether it be country or any other number of genres. I think we’d be remiss to start listing them because I know we’d miss tons that are worthy to be named. It’s all about just getting out and supporting local music, because without the love and support of the people of Milwaukee, we’d never be able to do what we love to do.

What’s your take on the local music scene?

If we’re talking about our own musical genre, Milwaukee has really seen an explosion of country bands over the past 5 years or so. Milwaukee has always done well with rewarding bands that really put out a quality product and set themselves apart with something different. If you’re going to go out and just copy someone else’s winning “formula”, people will see right through that. Instead, focus on finding the balance of the right people, the right songs and the right kind of show, and you will find chemistry with the fans.

Where is your favorite place to play in Wisconsin?

This is definitely a hard question as there have been so many great venues the band has had the privilege to play over the years. But if we were forced to pick just one, we’d probably all agree that the Hodag Country Music Festival in Rhinelander is one hell of a good time. Some of the nicest people you’ll ever meet up there, and they all sure know how to party! We’ll be at Hodag again this year on Saturday, July 15, closing out the day after Little Big Town finishes up their show.

Do you have any “dream” venues you wish to perform at?

We’d love to be able to close out a Friday or Saturday evening playing one of the big Summerfest stages. C’mon, it’s the big gig!

What are some of the most difficult things about being in a band?

The most difficult aspect is probably the time commitment that comes with doing what we love. Family is extremely important to all of us, so it’s often hard to give up time in order to practice, travel and play our shows. When you couple that with our jobs, there’s just not a ton of free time left. It’s a constant balancing act.

Any plans for the future?

Saving Savannah is always working to improve our show and add that extra bit of “oomph” that’ll continue to set us apart. We’re also looking at writing some originals, whether it’s for big shows, smaller acoustic shows, or maybe even an album. Time will tell.