Walker Should Emulate Kasich On Energy

Wisconsin should do more to embrace alternative energy as economic tool. 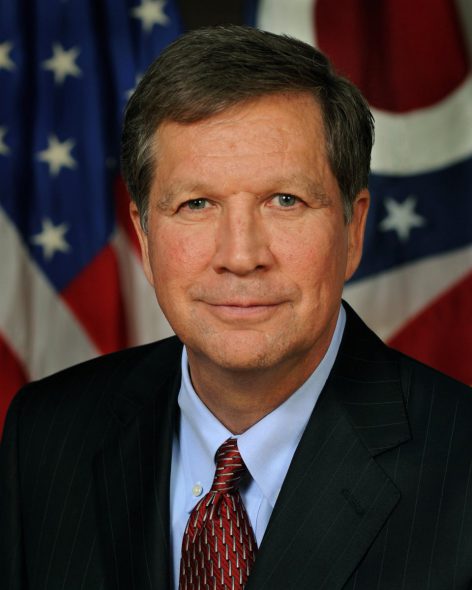 Recently Ohio Governor John Kasich vetoed a bill that would have made statewide renewable and energy efficiency standards in Ohio voluntary for the next two years.

Kasich understands that businesses which are the future of Ohio are committed to renewable energy. It is better for all sectors of the economy in his state to keep money circulating in the Ohio economy rather than exporting those funds to other states, or nations, in order to purchase fossil fuels.

What Kasich said no to in Ohio and what the majority of Wisconsin agrees with is simple: climate change is a reality and clean energy is good for the earth, lowers government spending and creates good paying jobs.

In Wisconsin, we have a simple common sense goal that requires 10% of the electricity consumed in our state be derived from renewable resources – wind, solar, biomass. We know that clean energy is a win-win and provides us with a healthier planet, more affordable utility bills and good paying jobs. Since being elected to the Wisconsin Legislature I have backed proposals such as the Clean Energy Jobs Act, the FOCUS on Energy program, and the use of American Recovery and Reinvestment Act funds for the creation of Milwaukee Energy Efficiency program or, ME2.

Another step forward is Property Assessed Clean Energy financing in Wisconsin, or PACE. This program enables investments to be made in energy efficiency in existing buildings. The result is lower operating costs for building owners, higher profits, a better and more comfortable experience for building tenants, the creation of local jobs, and better local air quality. Additionally PACE, by helping commercial building owners affordably finance building upgrades like heating and cooling systems, lighting, controls and solar, is enabling us to do our part in mitigating the impact on climate change. The program has been tremendously successful in Milwaukee and is being expanded statewide.

As the most senior legislator and ranking Democrat on the Assembly Energy and Utilities Committee, I have always felt that renewable energy made good economic sense for Wisconsin. Wisconsin companies, like Johnson Controls and major public utilities, have been leaders in developing energy efficiency technologies and renewable energy technology. Other companies are making the case for the use of wind, solar and geothermal and employing people in family supporting jobs installing these technologies or constructing the panels, turbines and other technologies. This sector of our economy has created nearly 25,000 jobs and generated over $5.9 billion in investments. Nationwide, state commitments to renewable energy have created 200,000 American jobs, $20 billion of investment, $7.5 billion a year in environmental benefits from reduced air pollution, and up to $4.9 billion in consumer savings from lower energy prices. The good news is this is a sector of our economy with room to grow.

3 thoughts on “Op Ed: Walker Should Emulate Kasich On Energy”