An Anchor For Northwest Side

By Naomi Waxman, Milwaukee Neighborhood News Service - Feb 10th, 2017 10:41 am
Get a daily rundown of the top stories on Urban Milwaukee 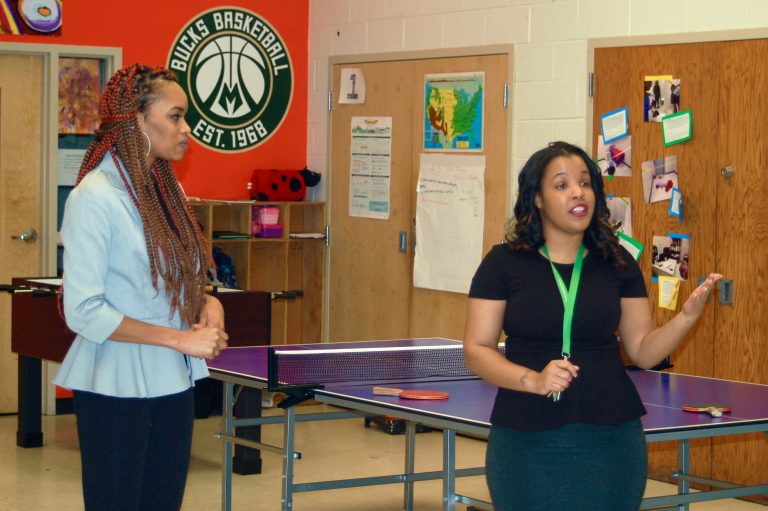 By the time he was in eighth grade, Chaz Gary had accumulated 194 school suspensions. Raised in poverty by a mother who struggled with addiction, Gary, now 26, credits his survival and success to two consistent forces in his life: basketball and the Silver Spring Neighborhood Center.

A college graduate and real estate broker in Wisconsin and Texas, Gary recently returned to the center to work as the male coordinator for teen programming.

“No one threw me away here,” said Gary. “I would not be who I am today without this building. There’s always someone here [and] the lights are always on.”

The Silver Spring Neighborhood Center (SSNC), 5460 N. 64th St., was founded under the settlement house model in 1958. Designed to bridge gaps between socioeconomic and ethnic groups at the turn of the 20th century, settlement houses offered much of the same programming that exists at SSNC today, including child care, art and craft groups, sports and adult education opportunities. 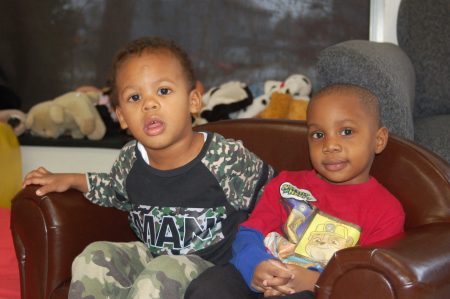 Situated adjacent to the Westlawn housing development, the center provides a litany of services in an effort to promote community and self-sufficiency among the more than 8,000 individuals it serves each year.

Youth and teen program coordinator Kaylin Jones’ story is similar to Gary’s. Kicked out of middle and high school, Jones had difficult relationships with both her mother and her peers. At 14, she attended a basketball game at the center and found herself drawn to the community feeling. She never left and now can be found at SSNC seven days a week.

“I can guarantee without the mentorship, the family, the people who held onto me…I would never have finished high school,” said Jones. “I feel privileged to be able to pour back into the young people the way that I received as a teenager.” Jones is a graduate of University of Wisconsin-Milwaukee.

Opportunity for all ages

The recent recipient of a four-star (out of five) YoungStar rating, SSNC’s Elaine Schreiber Child Development Center has demonstrated marked improvement in communication and cognition skills among its young participants ranging between 6 weeks and 12 years old. YoungStar is Wisconsin’s childcare quality rating system.

“From infancy to college, we create a culture of raising children and getting them to come back,” said Executive Director Tom Ellis.

Gary calls this the “secret sauce”: strong, consistent relationships with young people coupled with low staff turnover that encourage young people to come to the center and reach out to coordinators in times of trouble.

Teens learn about teamwork and discipline through the Spartan Sports Program, a year-round support system on and off the court for young athletes. In the last three years, participants have earned $1.5 million in athletic scholarships. Darla Honeycutt, SSNC’s “lady” social development coordinator, brings her own background in fashion and design to the teen participants, which fosters a sense of entrepreneurship and pride among the young women in her program.

The center also provides access to an Emergency Food Pantry four days per week for residents of the 53218, 53209 and 53225 ZIP codes. Like many of his young charges, Gary said, he was heavily dependent on the center’s pantry during his childhood. Nearly 18 percent of Milwaukee County residents were designated “food insecure,” or struggling to avoid hunger, in 2014.

“The hardest part [of the job] is not being able to take away all [the teens’] problems,” Gary said, recalling a young person’s request for help moving on the coldest day of the year.

Normal work hours are of little import to the SSNC team, who sometimes feed and clothe the young people in their program. Several staff members have gone so far as to take youth into their own homes.

Ellis grows emotional when talking about the center’s staff. “We’ve got a lot of people here who do hard work every day without recognition,” he said, voice quavering.

SSNC staff and leaders know that the communities they serve face many obstacles — poverty, hunger, trauma and mass incarceration, among others — yet they remain undeterred despite the enormity of the task at hand.

“The man who moves a mountain,” intones Ellis, quoting the Chinese philosopher Confucius, “begins by carrying away small stones.”

2 thoughts on “An Anchor For Northwest Side”