To March or Not to March? 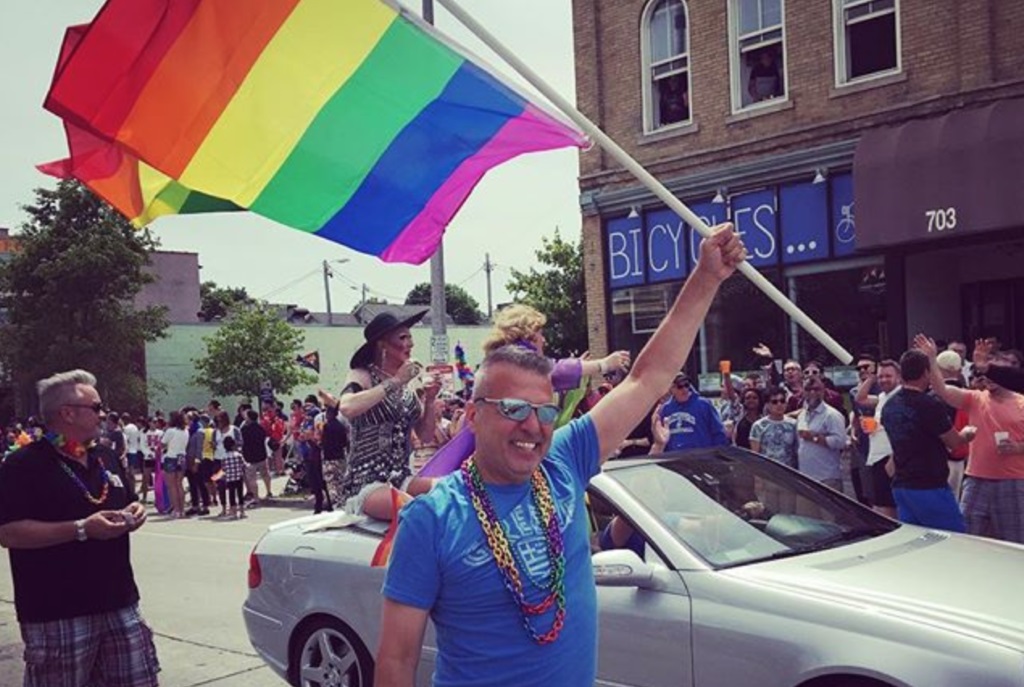 On June 2, 2000, President Bill Clinton declared June to be Gay & Lesbian Pride Month in honor of the Stonewall Riots of 1969. After a decade of PrideFests, the Milwaukee community’s perception of how LGBTQ pride should be expressed was already evolving.

PrideFest Milwaukee, which had moved to August in 1998, returned to June that year. Many major cities had moved pride parades to the evening, so PrideFest 2000 experimented with a Friday opening night parade. The parade, which kicked off at 7:30 p.m., followed the exact same route as the previous year, but attracted nowhere near as many participants. With the festival gates already open, very few people came out to the sidewalks to experience the parade. (By 2002, the parade returned to a day time.) 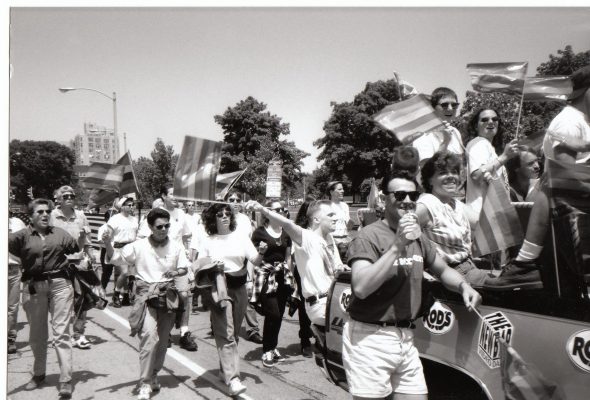 One of the first Milwaukee Pride Parades. Photo by Michail Takach.

The parade sparked an interesting debate that year, when the City of Milwaukee challenged the event’s licensing. Was the Pride Parade a political march or a celebratory parade? Depending on whom you spoke with in the community, you may have heard a different answer.

The older generation, mobilized by 1970s gay liberation and 1980s exclusionary politics, felt there was still a need for a politically motivated, activist-driven march. They hadn’t forgotten the fight and weren’t ready to surrender to anything less than equality. The emerging generation, who had grown up in a more politically correct era of LGBTQ rights and protections, felt the parade should be a festival-themed celebration. Never having known true repression, they enjoyed an empowerment that their elders had to earn and a trust that equality was just over the horizon.

The question of the parade’s purpose raged on for months in local media with no clear resolution. It’s a question that has never truly been resolved even today.

Since 2006, PrideFest and the Milwaukee Pride Parade have operated independently of each other, with separate leadership, financial targets and sponsorship goals. Most Milwaukeeans aren’t even aware these are two separate organizations, because these events seamlessly complement each other to create one amazing community experience. There is no competition, only collaboration, and in the end, everyone wins. 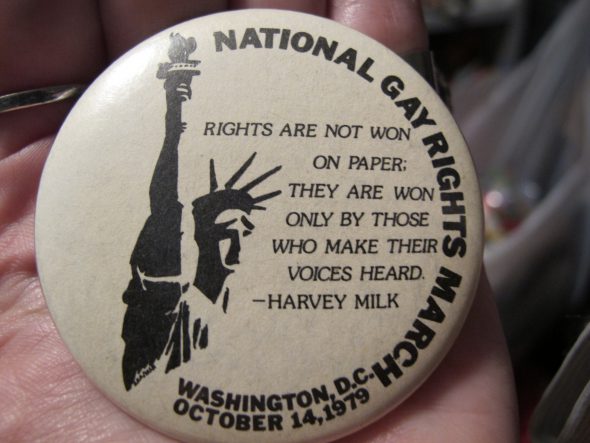 National March on Washington for Lesbian and Gay Rights Button.

PrideFest was born in the revolutionary fires of the 1987 Second March on Washington, which triggered the formation of community organizations all over America. On Saturday, June 17, 1989, over 500 marched from Walker’s Point to Cathedral Square, where another 500 had gathered to raise awareness for local LGBTQ issues. By legitimizing the political power of the pride movement, the 1989 march secured a lasting legacy for PrideFest that continues almost 30 years later.

Many believed the days of emotional, aggressive and volatile pride marches were over. That is, until this year, on Saturday, January 21, when nearly five million people participated in 673 worldwide marches against fear, hate and discrimination.

The global magnitude of the Women’s March inspired one New Yorker to take action of his own. Last week, the National Pride March was announced on Facebook. The event, to be held in Washington, D.C. on Sunday, June 11, will coincide with Capital Pride. To date, over 95,000 people have expressed interest and an additional 25,000 have already RSVP’d as going. The march already has the potential to be the largest expression of LGBTQ activism since the 1993 March on Washington, which drew one million to the nation’s capital. 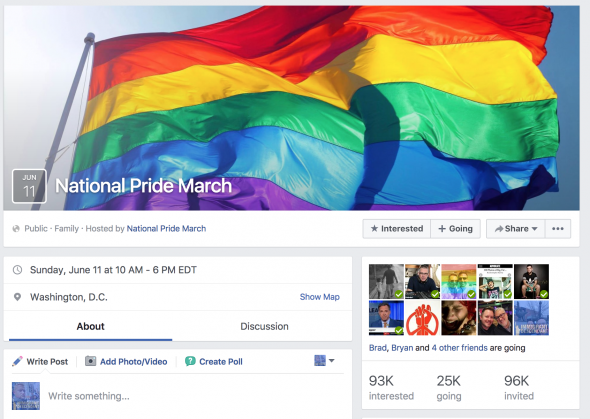 There’s just one problem. Although international pride festivals happen every month of the year, most are concentrated during National LGBT Pride Month in June. Over 20 communities around the U.S. – including Milwaukee – are scheduled to host pride celebrations on the same date as the National Pride March.

Many LGBTQ Americans are now torn between supporting their local community and joining the national movement. It’s not just a matter of reducing attendance: these festivals are entirely dependent on the contributions of already-dwindling volunteer workforces that could now be reduced even further.

And it’s not like pride festivals can change their dates to accommodate the National Pride March. PrideFest Milwaukee’s date is booked on the Henry W. Maier Festival Park schedule almost a year in advance. Leases are signed, entertainment and vendor contracts are negotiated, and festival marketing and ticket sales have begun. Even celebrations that take place in city streets – like the Milwaukee Pride Parade — have to secure their permits months in advance with zero chance of revision.

As a board member of Milwaukee Pride, Inc., I attended a heated conference call Friday afternoon with leaders of these impacted organizations. To say there are hurt feelings is an understatement. 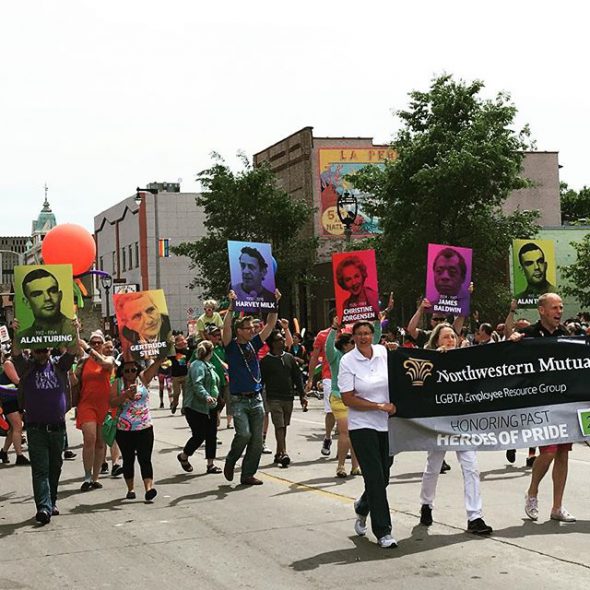 “When you throw a national event only 90 miles away from us on the same day,” said the leader of Philly Pride, “you will financially devastate us. Why would you just announce this without considering anyone else?” Organizers from Michigan, Ohio, New York and Boston agreed.

Others suggested the march should happen sooner, with the First Amendment Defense Act and other exclusionary legislation looming. “There are 16 weekends between now and June 11. Why choose the one weekend that would hurt local organizations celebrating decades of progress?”

Some felt that the National Pride March would overshadow the one-year memorials of the historic Orlando tragedy on the very next day.

Yet, all organizers recognized that to speak out against the National Pride March would be public relations suicide, as would be failing to acknowledge its existence and support its success. “This train is out of the station and there’s no way we can get in front of it now,” warned one organizer. “We would be fools to think we would survive.”

Advocates called for pride leaders to rise above their regional concerns and support a greater national good. Suggestions included hosting sister marches around the country, sponsoring capacity-limited delegations to the national march, and promoting the National Pride March on their own web and social sites.

Still, nobody on the call was convinced that the march really needed to happen on Sunday, June 11, 2017, a date that will already be hectic for Washington, D.C. due to the normally scheduled pride events. 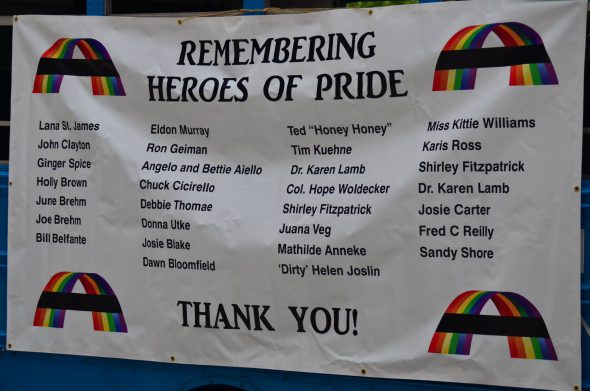 “We have spent many years giving our blood, sweat and tears, in addition to our time, talent and treasury to our organizations,” a Brooklyn Pride organizer lamented, “only to have some stranger, with no pride experience, come in and dictate to us, tell us what HE wants to do. He did not consult with us first…he did not show any respect, or give any deference to our experience and our organizations.”

“I am very hurt and disappointed. My pride ‘family’ seems splintered and fragmented. Some are saying there is nothing we can do about it; its going to happen either way. If this were true, Stonewall would never have happened!”

Throughout this conversation, I noticed an interesting theme. The same disruption that challenged the Milwaukee Pride Parade way back in 2000 has resurfaced on a national level. Through one individual’s social media action, the 2017 plans of two dozen pride organizations were instantly disrupted. It’s not the first time or the last time that some well-intended individual thought they could take over an existing brand, event or cause and do it bigger and better.

We can look at this as a negative disruptive impact – call it brandjacking, hostile takeover, scope creep – or we can learn from the positive disruptive impact of Apple, Uber, AirBnB and others. It’s pretty fascinating to see the Uber moment for LGBTQ pride happening before our very eyes. But was it needed?

Many pride organizations made a long, slow descent into political inaction – sometimes dictated by federal 501c3 guidelines – that has left them looking complacent, comfortable and safe against one individual’s mobilization. Some believe they’ve become too corporate – “Pride, Inc.” – instead of the diverse, grass roots, social action agencies they once were. More than once, I’ve heard that we’ve forgotten where we came from.

It’s not entirely the fault of the organizations. Since marriage equality has arrived, community engagement, investment and advocacy have been on a downward trend. The illusion of equality has extinguished the revolution. As Milwaukee Pride has been saying for years, the battle for LGBTQ civil rights didn’t end with marriage equality. When the war begins, there can be no one sitting on the sidelines. And that includes national pride organizations.

In the end, the consensus was that the National Pride March date needed to change, not the local festivals. But the conversation is ongoing – and unlikely to be resolved any time soon. If we’ve learned anything from disruption, it’s that innovation can only follow.

Rather than 20+ “business as usual” pride festivals happening on June 11, we might just see the largest and strongest demonstration of LGBTQ solidarity in human history. And that would be one hell of a show. 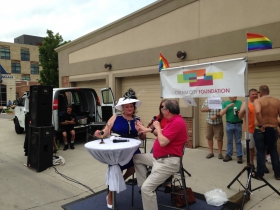 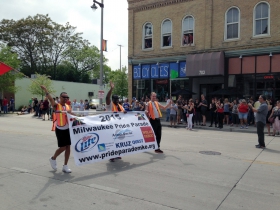 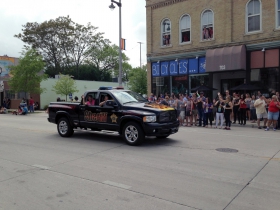 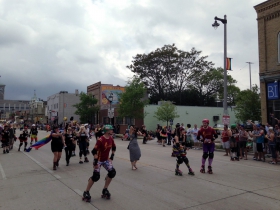 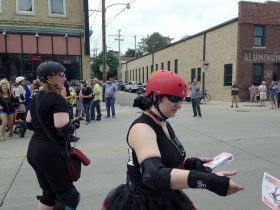 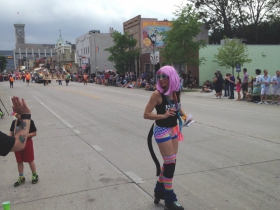 6 thoughts on “Out Look: To March or Not to March?”