Fast-growing Wantable will move there, Nehring's Sendik's grocery may join it. 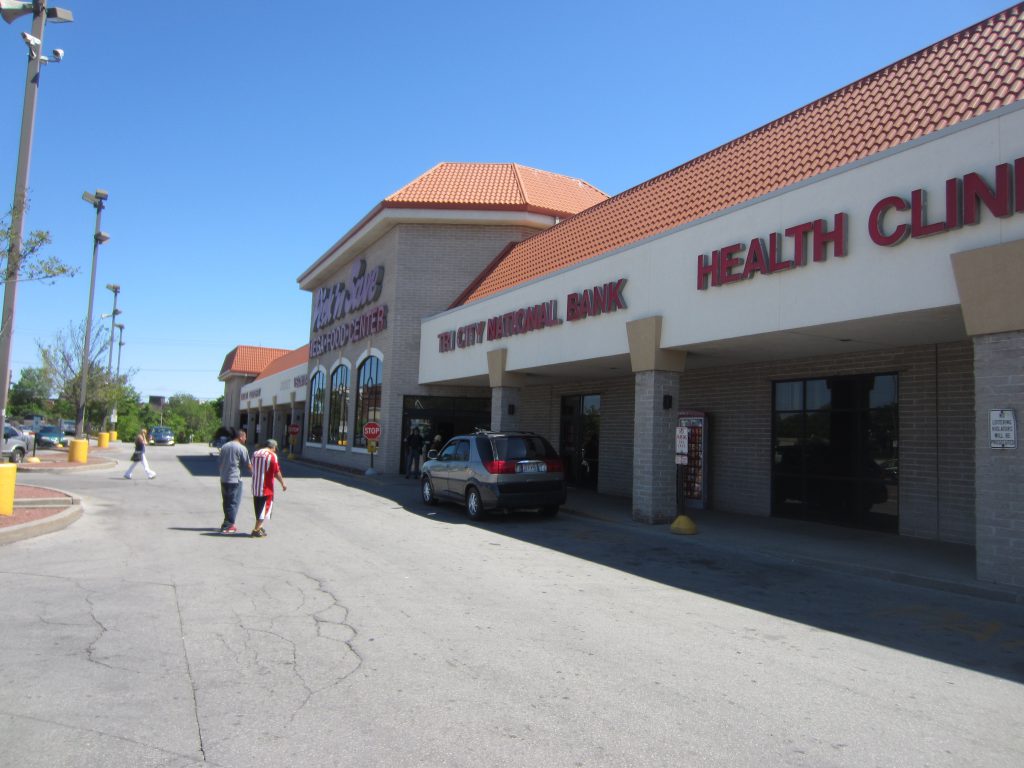 Pick ‘n Save in Clarke Square. Photo by Jeramey Jannene

A fast-growing internet subscription service that is heavily reliant on city employees and a new grocery store will replace a former Roundy’s Pick ‘n Save grocery store in Clarke Square. The development plan, which was recommended for approval today by the City Plan Commission, is being led by a partnership of developer Michael DeMichele and Wantable company founder and president Jalem Getz.

Wantable, which opened in 2012, bills itself as an “online lifestyle service for women on the go.” The company ships customers packages of makeup, fashion accessories and clothing based on style profiles created online.

Business is good for Wantable, so good that Getz has the firm moving to its third city neighborhood in as many years, with both moves to gain a bigger building. The company began in the Historic Third Ward and decamped in 2015 for a 28,000 square-foot space at 112 E. Mineral St. in Walker’s Point. With their move into the former Pick ‘n Save at 1818 W. National Ave., the firm will take over approximately 60,000 of the building’s 112,000 square-feet. Wantable, which hopes to relocate in March, would bring along 80 employees, but Getz told the commission he hopes to eventually increase that to 400 employees.

Why Clarke Square? Getz noted that 85 percent of his current employees live within five minutes of his current Walker’s Point location, which he described as “three minutes away” from the new headquarters. Getz’s location drew praise from commissioner Joaquin Altoro who noted “we have these conversations about vacant space, and I consider you a trail blazer. You openly acknowledge that your employees come from the neighborhood and you want to locate there.” Wantable relies on a diverse labor pool to provide high-skilled information technology and executive functions as well as more entry-level packaging and shipping functions.

A 2,500 square-foot child care center is an outlet building on the property today, which Getz noted at the hearing was an asset to Wantable. Employees will be able to drop off their children at the same building they’re working in.

The building is currently owned by NDC Reality, which leased the property to Pick ‘n Save. Getz and DeMichele have a purchase option on the building and hope to buy the building outright in June. It is currently assessed at $7,971,000, an amount that would certainly plummet if the building stayed vacant.

A redesign of the northern half of the building’s facade will give Wantable a more distinct space from the other two tenants. Design is being led by Gregg Prossen and his firm, Consortium ae. A wood-like material will be used to “essentially re-skin” a portion of the building according to Prossen. In addition, more windows will be installed in the second floor of the building to bring light to the mezzanine space. Wantable will use the mezzanine as office space.

Another building is planned for the eight-acre site as well. A planned out-lot building “should materialize very soon” according to DiMichele. That building would require additional approvals and would be part of revamping the substantial surface parking lot to the west of the building. Commissioners today recommended approval to the city of a minor modification to a 1995 zoning variance which allowed the building’s original development.

DeMichele declined to name the potential 50,000 square-foot grocery store tenant following a question by commissioner Whitney Gould, but did note the lease would be with a “local” store. He stated that “we are very close to a lease with a grocer that will fit very nicely in the neighborhood.” Could it be a Sendik’s or another store from the Nehring family? DeMichele currently serves as the landlord to the Nehring’s Sendik’s on N. Downer Ave. and they’re one of the only local operators missing in the Walker’s Point/Clarke Square area. El Rey and Pete’s Fruit Market already operate stores within a couple blocks and don’t seem likely candidates to relocate. Other possible candidates include Pacific Produce, Outpost Natural Foods cooperative and the larger Balistreri-owned Sendik’s Food Market, but none have obvious ties to the development team.

In addition to the Sendik’s grocery store on Downer, the Nehring’s own a Sendik’s in Shorewood, the G. Groppi Food Market in Bay View and the Nehring’s Family Market in the Milwaukee Public Market.

If you’re going to pass on gambling on the Super Bowl, betting on the Nehring’s being involved in the Clarke Square grocery store seems like a good wager.

Buy Seasons and the City

This isn’t the first time Jalem Getz and the city have crossed paths. The entrepreneur previously founded online costumes retailer BuySeasons and grew it to over 500 full-time and 2,000 seasonal employees with $170 million in annual revenue. In 2006 he attempted to relocate the Waukesha County-based firm to city-owned land in the Menomonee Valley, a plan that had the support of mayor Tom Barrett, Ald. Ashanti Hamilton and then-alderman Willie Wade. Getz ultimately pulled the plug on the deal, citing a “toxic political environment.” Opposition to the relocation was led by council members Bob Donovan, who represents the valley, and Robert Bauman, who questioned the quality of the seasonal jobs.

BuySeasons now operates out of a 472,000 square-foot building in New Berlin and is owned by Liberty Media Group. Getz left the firm in 2010.

Getz anticipates smoother sailing this time around. He told the plan commission that Wantable has no seasonal employment challenges and offers benefits to its full-time employees.

Roundy’s was acquired by Cincinnati-based Kroeger in late 2015 in a move that at the time included no reported store closings. That didn’t last long as the Clarke Square store closed in August 2016. At the time of the store’s closing there were 77 employees. Pick ‘n Save opened the store in 1997.

Are more closings coming? Grocery store consultant David Livingston thinks so. He told the BizTimes in August that “my guess is they will announce one (Pick ’n Save store closure) per quarter.” Livingston estimated up to 12 stores could be closed, including two in Milwaukee, the East Pointe store at 605 E. Lyon St. and the Silver Spring at 10202 W. Silver Spring Dr. However, last month, Kroeger announced they would spend over $50 million remodeling Milwaukee area stores.

7 thoughts on “Eyes on Milwaukee: Clarke Square Gets Wantable”