Fourth phase of The North End project has a jazzy name and May 2017 opening. 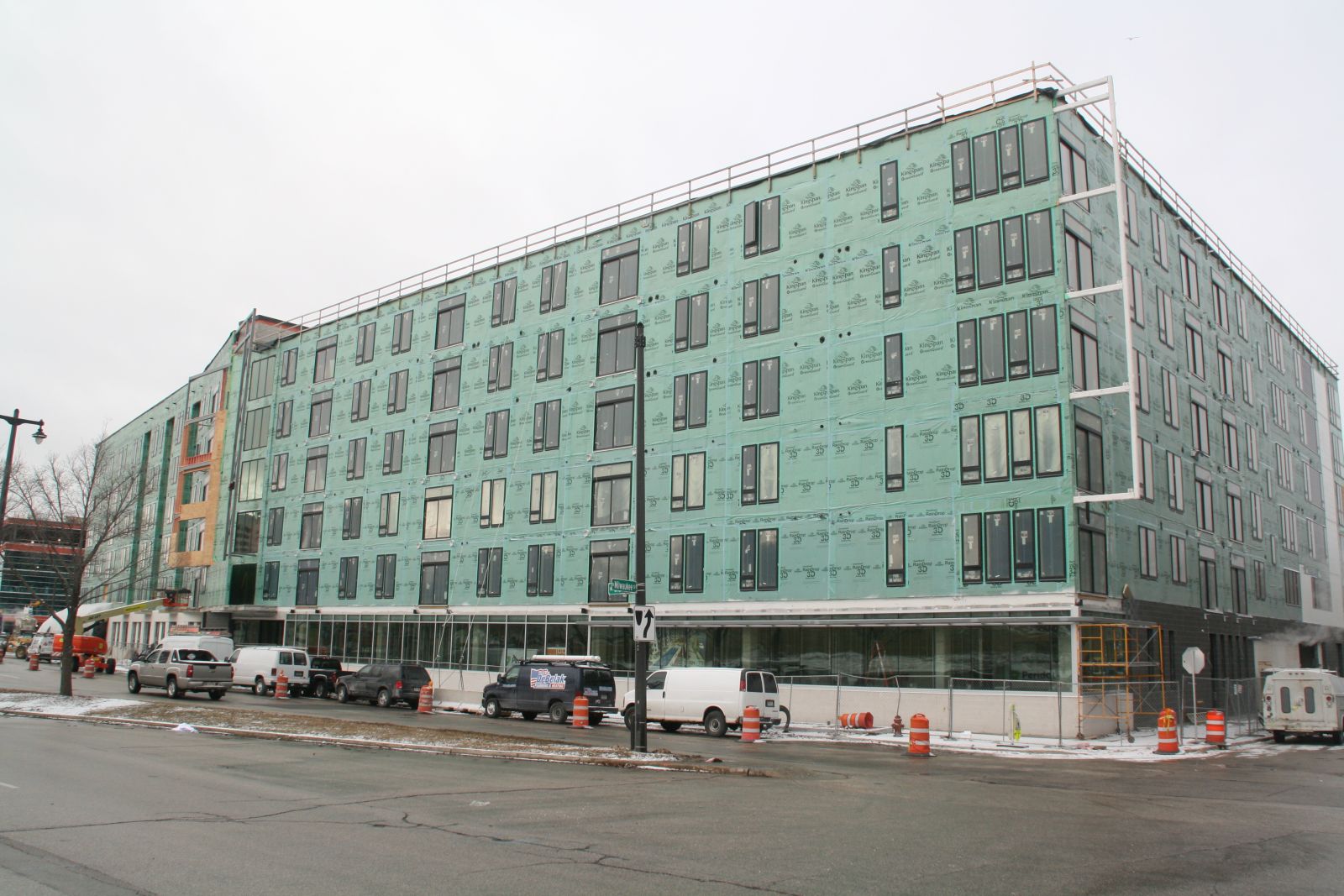 Vignette, the fourth phase of The North End. Photo by Jeramey Jannene.

The fourth phase of the Mandel Group‘s The North End “neighborhood by design” will be known as “Vignette.” Defined by Merriam-Webster as a “a picture (as an engraving or photograph) that shades off gradually into the surrounding paper,” Vignette was picked as the name to follow the pattern of photography-related names for buildings in the North End complex (the others are Portrait, Silhouette, Aperture).

The building at 1501 N. Water St. will include 155 apartments spread over six floors. Residents of the privately-financed project will enjoy the first swimming pool built in downtown Milwaukee in quite some time.

Indoor parking will be hidden by common areas and rental units that will wrap the building’s first-floor, consistent with the design of the adjacent Silhouette building. In addition, a new segment of the publicly-accessible Milwaukee RiverWalk will run the length of the site.

Construction on the project started in January 2016 and the first tenants are scheduled to arrive this May. Construction has progressed significantly on the building since we last visited in August.

Design work on the project is being led by Eric Ponto of Engberg Anderson. Project financing is being provided by Associated Bank and Johnson Bank. Ray Hintz Inc. is serving as the general contractor on the project, having also completed the second and third phases for Mandel.

When the fourth phase is complete the $175.1 million project will have replaced one of Milwaukee’s largest brownfields with 561 apartments, numerous commercial spaces and a new grocery store.

Still to come is a fifth phase, planned for a former parking lot on the east side of N. Water St., which will include 90 rental units in a six-story building. Neither of the final two phases include any commercial space.

Less than eight years ago, the site of the The North End was a vacant Pfister & Vogel tannery. When Vignette is complete the site will include five apartment buildings with a Fresh Thyme Farmers Market grocery store, Anytime Fitness gym, a pocket park (Denim Park), and other commercial tenants.

Immediately south of The North End’s fourth phase, Wangard Partners is redeveloping the former Laacke & Joys buildings into 1433 Water, a 114,830 square-foot office building. That project includes a mix of demolition, new construction and adaptive reuse. Work is well underway on that project, which also is scheduled for a May 2017 opening. Bader Rutter has been announced as an anchor tenant for the development, leasing 60,000 square-feet for 220 employees. 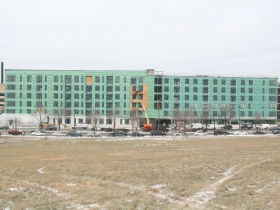 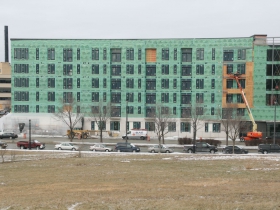 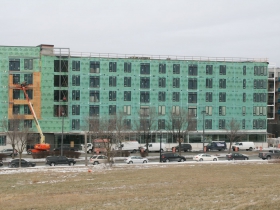 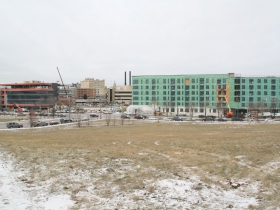 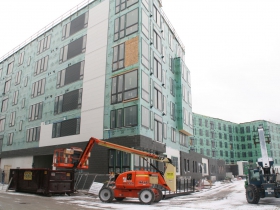 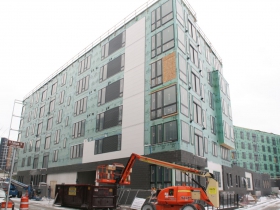 One thought on “Friday Photos: Say Hello To “Vignette””