Increased fees for bikers using state parks and other hikes could be proposed. 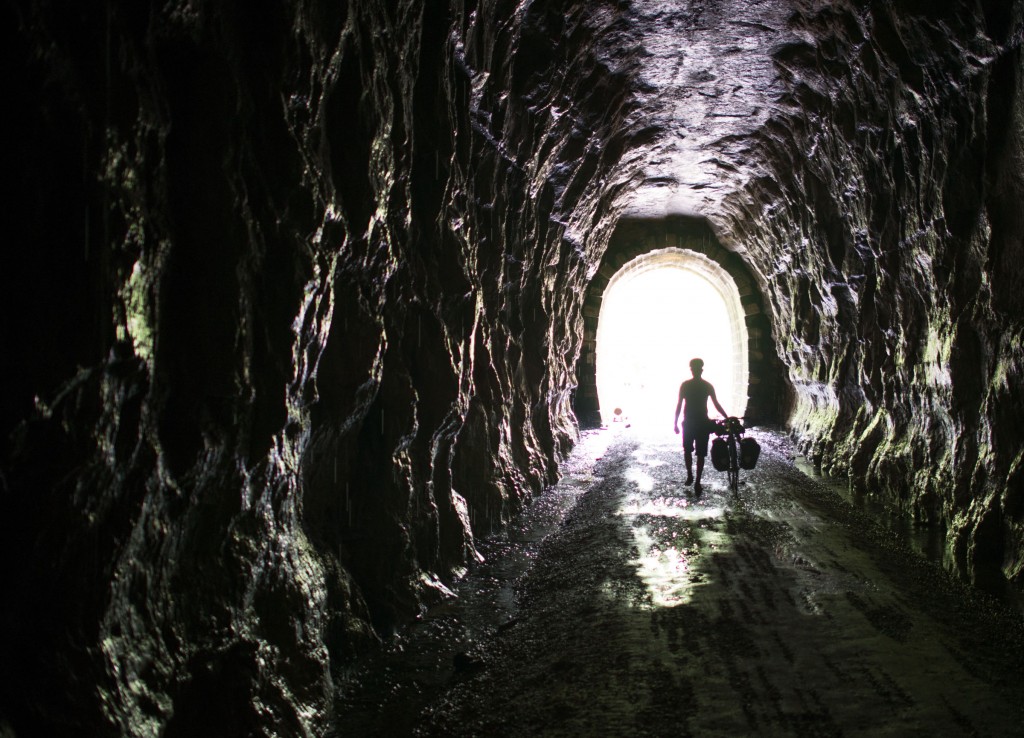 The Holy Grail of bike trails. Inside the tunnels it is cool, damp, wet, and very dark.

As the Wisconsin legislature starts to churn during the winter and spring you may be hearing discussion about license and fee increases related to natural resources. Here’s what’s going on.

The DNR has also opened a discussion on a new registration requirement for canoes and kayaks, designed to generate funds for water resource management.

In addition, the governor has mentioned that he is likely to propose an increase in camping fees for state parks. That is a result of a decision by the governor and legislature to eliminate all general taxpayer support for parks – not so long ago the state had a rule that half of parks costs would be borne by the general fund and half by fees.

So far nobody has proposed an increase in the $25 annual fee or $5 daily fee for bicyclists who ride state trails. But it seems likely that with fee increases being discussed for most other outdoor activities someone will ask why trail passes aren’t being included.

In addition, when the discussion comes to a new registration requirement for things like canoes and kayaks a natural question will be why a registration requirement isn’t extended to bikes. The most obvious answer is that registration for canoes and kayaks is being proposed as a response to a deficit in a fund that directly deals with water resources. However, there is also a deficit in trails funding with trail passes covering only a fraction of the actual costs of managing them.

The Bike Fed will be actively involved in these discussions. Our take on this is that – as long as the trail pass revenue is going to go for better trail maintenance – we would be fine with a modest increase.

This stance would be consistent with what other user groups are saying about their proposed fee increases. For example, both Ducks Unlimited and the Wisconsin Wildlife Federation have endorsed hunting license price increases as long as the funds are used to improve habitat and related DNR functions.

But this is distinct from talk last session about a more general bike tax. In the last state budget a one-time $25 “registration fee” was proposed for most sales of new bikes in the state. We joined the bike industry and local bike shops in opposition to that because it really was essentially a special sales tax on bikes. It might have hurt already struggling local small business owners. And of course the state and most county governments already collect a 5.5% sales tax on sales of bikes and equipment.

With pressure for increases in outdoor recreation fees expect cyclists to be pulled into that discussion. We’ll be there representing your interests. And of course let us know what you think either in the comments below or you can email me at dave.cieslewicz@wisconsinbikefed.org