Tiffany and Jarchow get big payoffs from special interests, and rural folks get tainted drinking water. 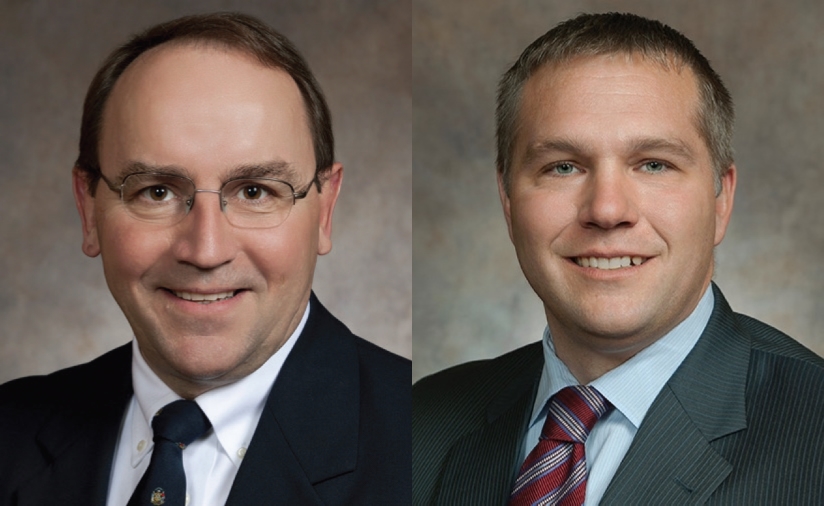 As Wisconsinites, we rightly take pride in our beautiful landscape and our noble tradition of protecting our air, land, and water.

But this tradition is under assault these days by lawmakers who side with polluters over Wisconsin families.

In a recent column in the Wisconsin State Farmer by Senator Tom Tiffany and Representative Adam Jarchow, the Republican legislators tried to turn their anti-environmental records into badges of honor.

“We have the audacity to take on the environmental left,” they said.

What they really mean is they’ve never met a polluter they didn’t like. They back every frac-sand mining operation and every factory farm in the state. Sen. Tiffany himself played a nasty role in the elimination of the science bureau at the DNR, and he was the l ead author of a budget amendment that limited local communities’ ability to protect water quality in shoreland areas, an amendment that Jarchow also supported.

Now they vow to make it even easier for polluters in Wisconsin, which is the last thing we need.

“This session, we will continue to press for legislation that runs afoul of the dogmatic beliefs held by many so-called environmentalists,” they wrote.

Tiffany and Jarchow claim to be on the side of people in our rural communities but it’s these very people who are suffering the most from the pollution that’s devastating their water supply.

For instance, one-third of the people in Kewaunee County can’t drink the water that’s coming out of their faucets because it’s contaminated with manure from nearby factory farms. Moms and dads have had to drive to Algoma High School to get clean water and then haul it home for cooking and drinking.

And it’s not just Kewaunee County. People in other rural areas, and in some urban and suburban areas, can’t drink their water right now, either.

Tiffany and Jarchow claim to have motives as pure as snow: “Deep down, the reason we get involved in these fights is because they are incredibly important to the people we represent in rural and northern Wisconsin,” they wrote.

Actually, deep down, there may be something else going on. Tiffany and Jarchow are funded by the very interests that benefit from trampling on Wisconsin’s long and honorable tradition of environmental stewardship.

Over the last four years, Tiffany has received $155,000 in contributions from people in agriculture, business, construction, manufacturing and distributing, oil and gas, and real estate. Over the same period, Jarchow has received $60,000 from people in these same industries, as well as mining.

And on the question as to what’s good for jobs in rural and northern Wisconsin, Tiffany and Jarchow are way off base. For instance, they saluted frac-sand mining in their column as a way to have a “huge” positive impact on jobs in rural communities.

But an in-depth study by the Wisconsin Farmers Union, the Wisconsin Towns Association, and the Institute for Agriculture and Trade Policy says that “the promise that mining can lay the basis for pros­perous, vital economies has not usually been fulfilled.”

It notes that “the jobs associated with it will make up only a fraction of 1 percent of total employment” in the area, and that these jobs are susceptible to the boom and bust that we’ve already seen in this industry. The study also recognizes that such mines pollute the air and water, which has negative economic repercussions: fewer people want to live in that community; fewer businesses want to set up shop there; fewer people want to bring their tourism dollars there. It concludes that any “economic stimulus provided by the mine is offset by the economic losses.”

There are far better ways to boost jobs in our rural communities: fixing roads, investing in wind and solar power, securing high-speed rural broadband, and shoring up our public schools all would make rural communities thrive.

And none of these jobs would contaminate the water supply!

People in Wisconsin understand that when liquid manure is flowing out of their faucets, now is not the time to weaken our protections against polluters.

Instead, we need to strengthen those protections, cherish our natural resources, and make our communities thrive again.